Who Is Best At Everything In The NFC North? [PFF] 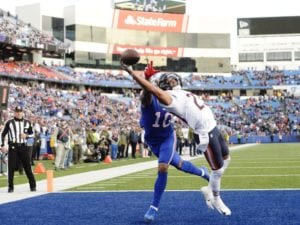 It’s the bye week, which gives us a chance to zoom out and look at things outside of the week-to-week minutia that usually dominates the Vikings community. With how tightly the division is playing, it should be fun to see which teams have the most excellent players in a few categories.

To do this, we’ll use some info from PFF’s elite page, as well as grades and some other information when necessary. We’ll also keep it to just this season, for no reason other than it’s a little more fun that way. We‘ll use mostly advanced stats to do this, so we can talk a little bit about how to actually evaluate players beyond box score noise.

Who Is The Best Passer?

Clean pockets are the best measure by which to predict quarterback play,  and in that field, the two have been very close. Cousins completes a little bit more, but Rodgers has about 500 more yards.

In clean pockets, the most stable/predictive split out there, Kirk Cousins and Aaron Rodgers have been pretty much the same quarterback. 👀 pic.twitter.com/hO3y1GpykH

The extra yardage gives Rodgers a slight edge, which is mostly caused by depth of target. The Packers have worked a lot more 15-20 and 25-30 yard routes in. While Cousins’ clean pocket passes have looked very similar, they’re squished into ever so slightly shorter distances.

Under pressure, Cousins has vastly out-performed Rodgers, who has thrown away a whopping 32 of his pressured passes (compared to 6 from Cousins). While that’s led to zero interceptions, it’s also led to an abysmal  31.2% completion rate, and Rodgers having half as many yards despite only trailing by 40 attempts. Moreover, Rodgers takes a sack 18.1% of the time he’s pressured, while Cousins only takes a sack 14.9% of the time. This is understandable, considering Rodgers’ ability limiting his ability to scramble around, but we’re still going to downgrade him.

But as I’ve already mentioned, clean pocket performance projects forward better than pressured performance. Plus, Cousins is working with two elite receivers in Diggs and Thielen, while Rodgers only has access to a single Davante Adams. So, advantage Rodgers. But it’s closer than it would usually be.

Matt Stafford and Mitch Trubisky haven’t been as productive as either Cousins or Rodgers, which is why they weren’t broken down. 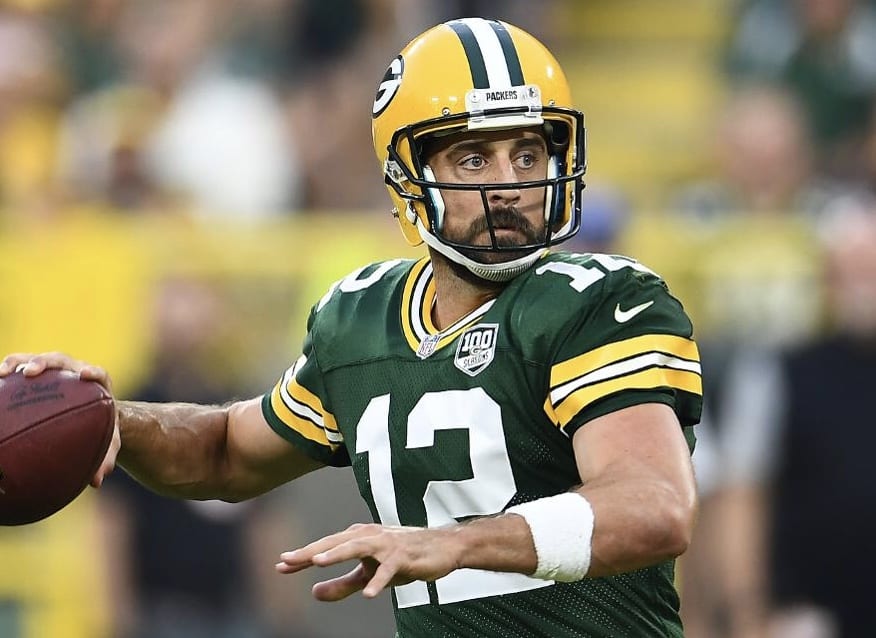 Who Is The Best Receiver?

This should be a lot simpler than the quarterback discussion – there’s only one wide receiver with a PFF grade in the 90s, a yards per route run in the top 10 of the league, and an opening to the season better than anything we’ve seen in the NFL since the first year the Vikings existed.

Have a montage of Thielen doing insane things at every point in the play to warm your cold, dead hearts pic.twitter.com/XAFJMvYzLU 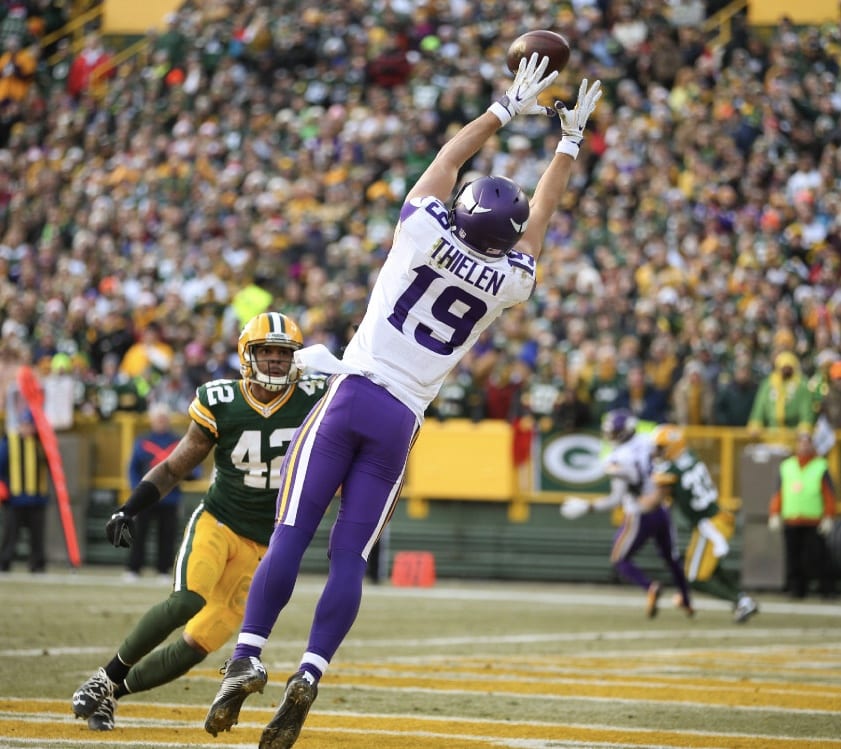 Who Is The Best Runner?

Aaron Jones is the highest-graded, which is a good place to start. Latavius Murray and Kerryon Johnson are both close enough to make that inconclusive, however. Most of a running back’s value is gleaned after they’ve eaten up the yards the offensive line has blocked for him. One way to measure this is yards after contact, where Latavius Murray barely ekes out Jones, 3.20 to 3.19. Johnson has 3.10.

You can also measure that by looking at how many missed tackles a runner has forced. By that metric, Dalvin Cook has forced an unmatched 19 missed tackles in only 59 total touches. But, considering his extended absence, it’d be hard to put Cook in the running.

Production-wise, this is coming down to Jones, Johnson and Murray. Jones has had fumbling issues, and it’s hard to award this to any Viking, considering both Jones and Johnson have a full yard per carry more. Kerryon Johnson is the only candidate that has been both consistently productive and reliable. 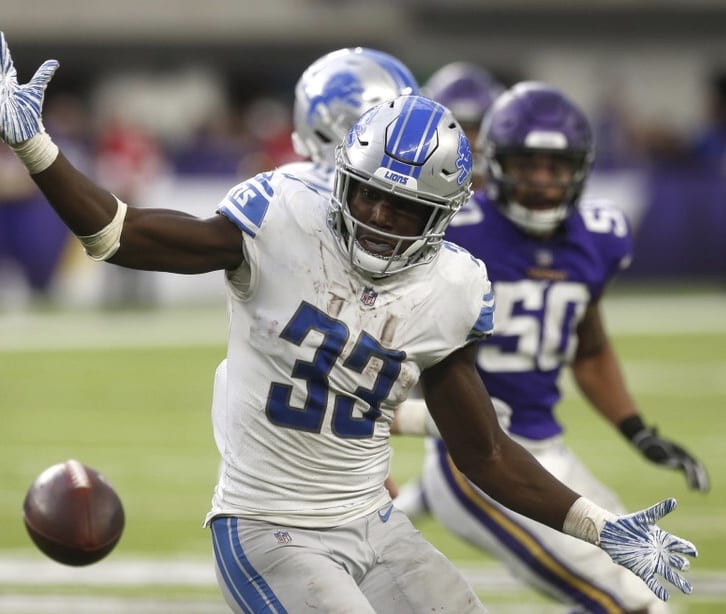 Who Is The Best Blocker?

In the run, there isn’t too much public data to go off of, but the top five graded run blockers in the division are Trey Burton, Justin McCray, Tom Compton, Frank Ragnow and Corey Linsley.

As for pass blocking, we can use grades, where David Bakhtiari is miles ahead of the field. We could also use pressures allowed – PFF’s pass blocking efficiency adjusts for snap counts and gives a little more weight to sacks. Eric Kush, Corey Linsley and Cody Whitehair all rise to the top. But the only one who has put it together week in and week out on a consistent basis is David Bakhtiari. Corey Linsley is a comfortable second. 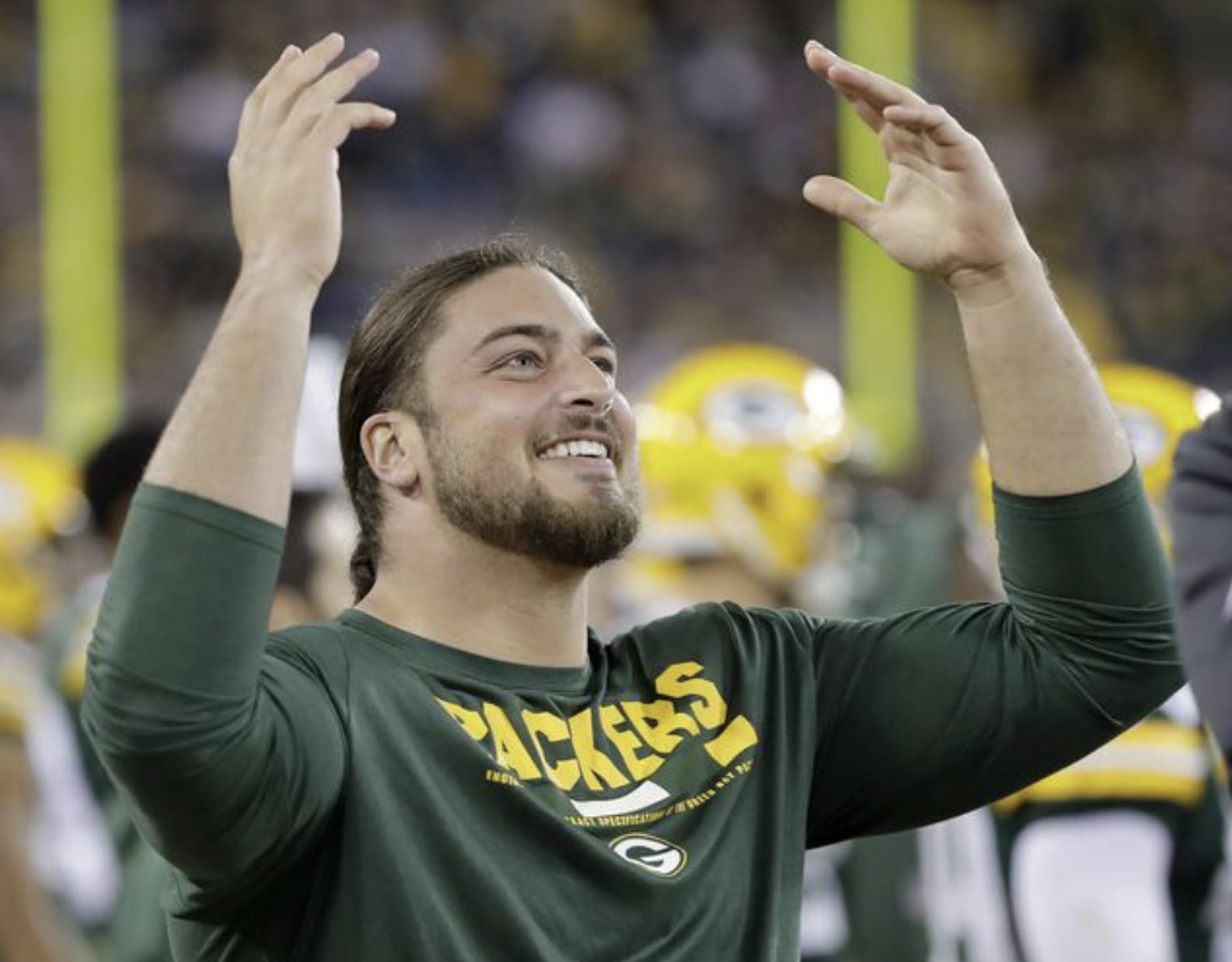 Who Is The Best Pass Rusher?

Sacks are the flashiest stat, but pressures are where the true impact of a pass rusher is made. Danielle Hunter is leading the division (and entire league) comfortably in both of these categories. However, Hunter has also player a few more snaps than his main competition, Khalil Mack.

To adjust for this, we can combine it all into a nice, neat number by dividing pressures by total snaps, and making sacks count for a little more. This results in PFF’s “Pass rushing productivity” metric, where Khalil Mack edges out Danielle Hunter, while the rest of the field lags behind. Still, Mack has missed quite a bit of time, and similarly to Dalvin Cook, that does limit his impact (even though it isn’t his fault). This could easily change come season’s end, but for now, we’ll give it to Hunter. 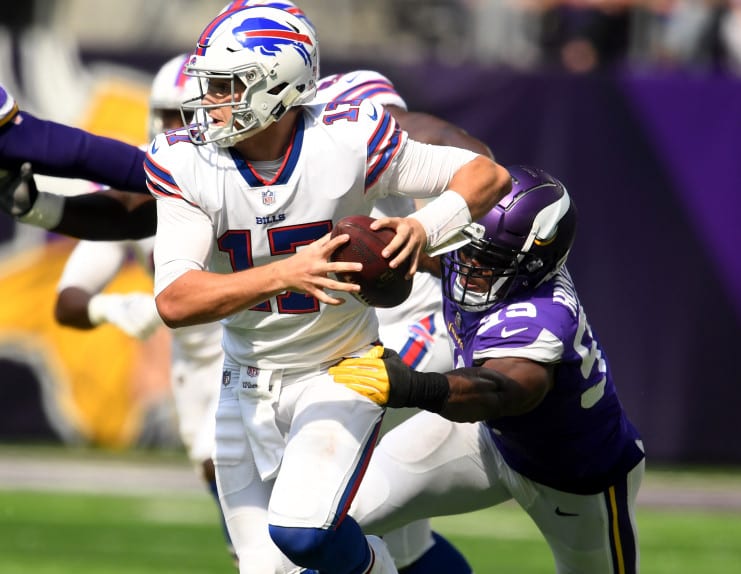 Who Is The Best Run Stopper?

In the run, not all tackles are created equal. A tackle after a runner has picked up 10 or more yards is hardly worth celebrating. Tackles that keep the offense “behind the chains,” as it’s sometimes called, are where the value is made. PFF tracks this, and calls it “run stops.” As for run stops, it’s not Damon Harrison or Linval Joseph, but Blake Martinez that has notched the most of these.

However, Martinez has missed a concerning 8 tackles so far on the season. Danny Trevathan is only one run stop behind, but has missed half as many. If we were to limit this to just DL, Damon Harrison would run away with it for his work he did mostly in New York. He’s also the highest graded run stuffer. But linebackers are tasked with making the play at the point of attack more often, which means this one goes to a consistently disruptive Bear. 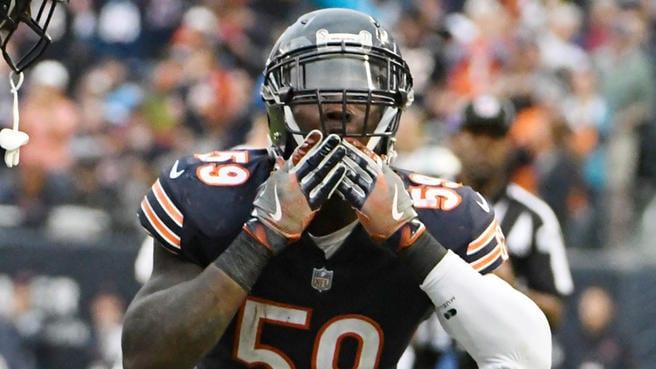 Who Is The Best Coverage Man?

When evaluating coverage, it’s first important to establish that targets are a reflection of quality. If the quarterback thinks he can complete the pass, chances are that the corner isn’t in the best coverage. Causing incompletions, however, is that much more impressive considering the usual context. With that in mind, the D-back who least often gave up a catch was Ha Ha Clinton-Dix, but he’s made his way east. After him, there’s a cluster of Adrian Amos, Eddie Jackson and Harrison Smith. As for just corners, Tramon Williams and Prince Amukamara have been the least picked on.

But production allowed does a much better, and more stable, job of capturing a D-back’s impact. When these players are actually targeted, Adrain Amos has allowed the least. Safety is a lot easier to play, and if we’re just talking corners, Kyle Fuller is pretty far ahead in both of these metrics. But Amos has been a field eraser in terms of production, and has been a huge part of Chicago’s shut down defense.

Grade-wise, Eddie Jackson and Kyle Fuller pull way ahead, and Kyle Fuller has allowed way fewer of his targets to be completed in the first place. That’s a lot harder to accomplish from the corner position anyways, putting him out front. Any way you slice it, though, Chicago’s secondary is one of, if not the best in football. 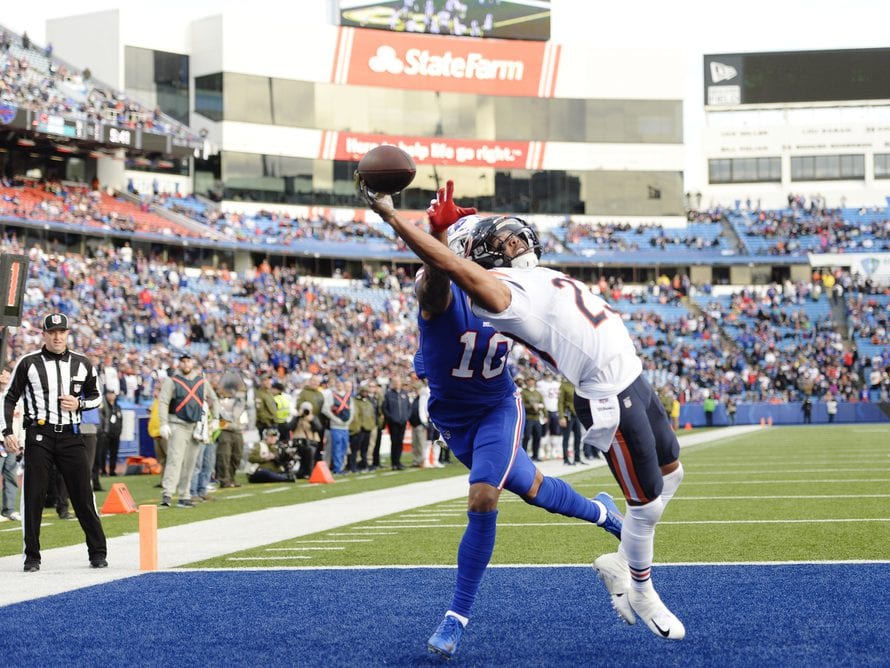