Where US Bank Stadium ranks for COVID ticket prices in 2021 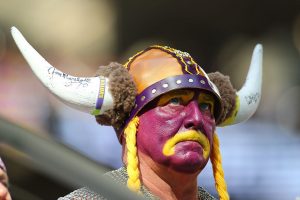 MINNEAPOLIS, MN – NOVEMBER 6: A Minnesota Vikings fan watches during the first half of the game on November 6, 2016 at US Bank Stadium in Minneapolis, Minnesota. (Photo by Adam Bettcher/Getty Images)

One of the best parts of running the largest Minnesota Vikings news website in the game? Getting tons of emails from networks looking for us to cover their news. Most of the time? It’s some betting network from behind the Iron Curtain looking to lower our Google trust rating so they can buy their next potato, but sometimes we get actually useful tidbits.

Case in point, our friends over at TN Bets’ breakdown of the most expensive NFL/sports tickets in 2021. Considering that the COVID vaccine should be flowing through most of our veins by the start of the 2021 season, we thought it was important to share this so you can start saving up your potato money to see the purple in person.

First, how did they come about this info? From TNBets.com:

MLB, NFL, NBA and NHL costs were sourced from Team Marketing Report’s 2019-2020 NBA, NFL, MLB and NFL Fan Cost Index reports. The average cost to attend a game was based on one average general admission ticket price, average price of a beer (multiplied by two), average price of a hot dog and average parking price for each team.

Next? The Vikings related information:

Where do the Vikings rank in the NFL? Here’s that chart:

The Las Vegas Raiders also have the most expensive general admission ticket with an average cost of $153.47.

And in sports in general: