Where Does the Vikings RB Corps Rank in the NFL? 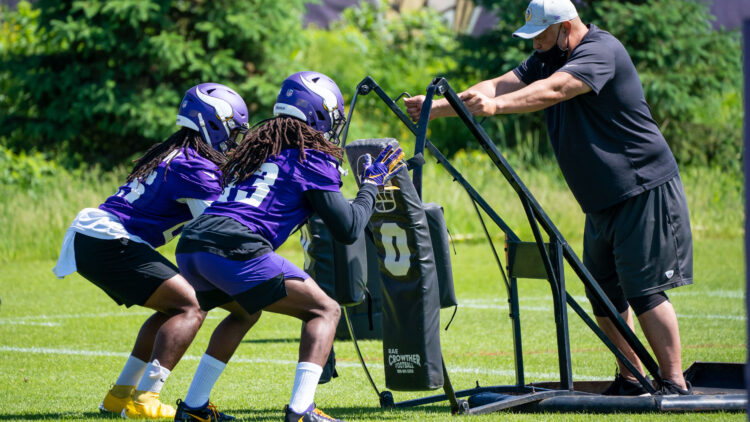 The 2021 Minnesota Vikings may have a few questionable spots on their roster — defensive end opposite Danielle Hunter, the speed by which Wyatt Davis climbs the offensive guard ranks, and kicker (of course) — but the running back room is off-limits for criticism.

Cook is considered by most football heads at the league’s second-best halfback, trailing the workhorse Derrick Henry by a whisker. Over the last two years, Cook has tabulated the second-most yards from scrimmage in the business with a total of 3,572 — or 127.6 yards from scrimmage per game. Wowzers. He’s also second in the league for touchdowns with 30 since 2019 — a handful behind the aforementioned Henry.

His running mate, Alexander Mattison, is impressive in relief duty. The Vikings selected the Boise State alumnus in the 3rd Round of the 2019 NFL Draft, ensuring that any Cook injury would not be deadly for the enterprise. Cook’s injuries were a legitimate concern in 2017 and 2018.

Mattison is an example of a tailback that could probably start for other NFL teams, but he’s “stuck” at RB2 behind a herculean performer in Cook.

Then, Nwangwu (a rookie) and the reliable Abdullah fill out the RB section of the depth chart. It’s a foursome that ranks near the top of the league — even Top 5 per Pro Football Focus.

PFF authored an analysis of all the league’s RB corps at the beginning of June — and the Vikings four-headed creature ranked fourth leaguewide. Ben Linsey of PFF wrote about the Vikings RBs:

“The biggest thing holding Dalvin Cook back throughout his career has been health. He missed some time again in 2020, but his 669 offensive snaps were a career high, as was his 89.0 overall grade. Cook has now improved his overall grade in each of his first four NFL seasons. Backup running back Alexander Mattison has also shown promise in his few opportunities since Minnesota drafted him in the third round of the 2019 NFL Draft. That includes a Week 17 start drawn against the Detroit Lions last season in which Mattison recorded both rushing and receiving grades of at least 84.0.”

This standing is imperative for a simple reason — head coach Mike Zimmer adores running the football. In a pass-happy league, Zimmer is even scorned for this approach. In 2020, the Vikings ran the ball 46% of the time, sixth-most in the NFL. There’s a reason general manager Rick Spielman stacks the team with ball carriers. His head coach wants to run the football, play staunch defense, score just enough points, and then get the hell of the field.

Cook will be featured to the utmost in 2021, too. He is smack dab in the middle of his career, exuding his best [and healthiest] year to date in 2020. Call it his ‘prime.’

In some respects, Cook single-handedly saved Minnesota’s loathsome pandemic season from a record close to 4-12 or so. For about a week, Cook was even whispered as an MVP candidate after he disemboweled the Green Bay Packers at Lambeau Field.

Three teams per PFF are better than Minnesota pertaining to running backs;