purplePTSD.com
Home News What Vikings Fans Can Expect The Rest of the Way 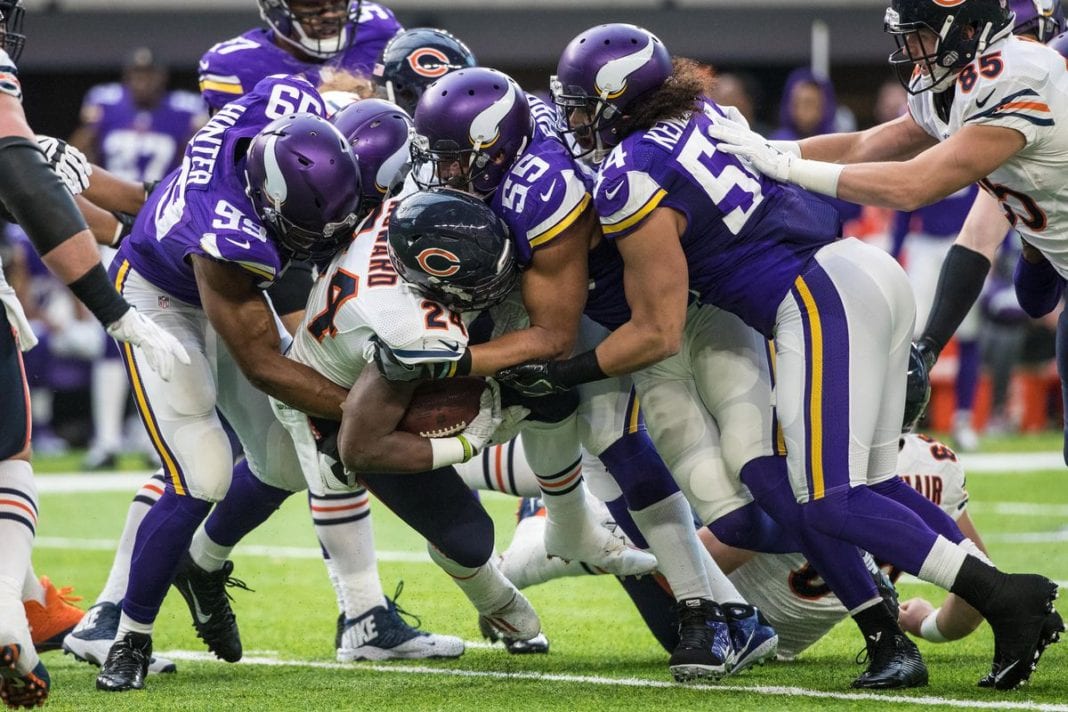 The Minnesota Vikings are sitting at 8-3 and second in the NFC North going into their bye week. They have played well enough to be only one game behind the Green Bay Packers despite dropping their week two matchup in Green Bay. With such a good record, and three more divisional games left on the horizon, here’s what Vikings fans can expect from their team the rest of the way.

A ton of people had this penciled in as a loss at the beginning of the season, but they might be reaching for their erasures after Kirk Cousins’ last two games. Cousins showed that he can win primetime games and that he can beat tough defenses, even when his team is behind. Seattle is always tough at home, and especially in primetime. Russell Wilson is still a bad man and their defense can rack up sacks if you let them pin their ears back and come after the quarterback.

This means this will have to be a Dalvin Cook kind of game and the defense will have to play extremely well to contain Wilson. If the Vikings can hold the Seahawks to under 20 points, this game should be a victory, but fans should be ready for a letdown. Mike Zimmer tends to have his team come out conservative in games like this and with the extra time to prepare, he could overthink it. The Vikings will still have a chance at winning this one, but it’s more of a toss-up than anything.

This has all the makings of a tune-up game. The Lions currently sit at 3-6-1 and have almost no shot at making the playoffs, even if they take care of business in Washington this weekend. The Vikings defense has been known to eat Stafford alive in these games and Detroit’s defense is not especially good against either the pass or the run.

Stafford isn’t the kind of guy who will ever just give a game away though and with this being a divisional game he may just try to show and play spoilers. However, I don’t see it happening. The Vikings are very good at home and especially good during noon games. Dalvin Cook could have a monster game against a porous Detroit defense and I expect the Vikings to control this one throughout.

The dreaded Sunday night game in a hostile environment. Except that Kirk Cousins and company put on a show in their last Sunday night game and the “Los Angeles” Chargers don’t really have a home field advantage. There’s a good chance that LA will have a sea of purple invade their stadium and be skoling by the end of the game.

Of course, the Vikings will need to get through a Chargers team that, despite their record, can play with anybody. It may help that LA probably won’t have anything to play for except their draft position, but if Philip Rivers is still on the field, there’s going to be a challenge. You also can’t overlook their defense, which stops the pass very well.

However, their run defense isn’t great and Dalvin Cook might just have a big night. If the Vikings can force Rivers into trying to make plays and if Dalvin Cook goes for 100 yards and a score or two, they should take this game easily. Oh and add a side of Kirk Cousins going for 250 passing yards and a couple touchdowns.

This will be without a doubt the biggest game of the Vikings regular season. Sunday night against everybody’s least favorite team. A home, primetime game against the current division leaders. This is the game that will define the Vikings, and by extension, Kirk Cousins regular season. It will also probably decide the division winner if Green Bay drops a game or two before this one.

On paper, this doesn’t look like that close of a game. The Packers defense has been mediocre and their offense doesn’t really seem to be any better than Minnesota’s, at least not of late. However, the Packers always seem to have some sort of magic that surrounds them and helps them win. The best thing the Vikings can do to help themselves win this game is to start fast and keep their foot on Green Bay’s throat the entire game.

Get Dalvin Cook going against a bad Green Bay rush defense and keep hitting them with haymakers in the second half. Don’t let the game come down to who plays cleaner and gets less calls in their favor. Oh, and just a reminder that the Packers have yet to win at U.S. Bank Stadium.

The sixth and final divisional game of the Vikings season could have a few different flavors to it. It is very unlikely that the Bears are playing for a playoff spot by week 17, but the Vikings could be if they drop games to Seattle and Green Bay. I’ve predicted that they won’t, but they’re both games that could go either way.

If the Vikings are playing for their playoff lives, I expect the Bears to come out in full force and try to play spoilers. If, however, the Bears are only playing for their draft position and the Vikings are locked into a playoff spot, this game could become a blowout. I’m going to assume that will be the case and the Vikings give some time to some backups. Maybe the Vikings will finally get to see Sean Mannion in some real game action, or at least see him hand the ball off to Alexander Mattison to ice the game.