The strange NFL season continues, and this week we saw the top two teams in each conference fall to sub-.500 teams. And yes, you saw the title, and while this may be an NFL season filled with twists and turns, the New England Patriots are inevitable. They’ve made their return to the top 5 this week.

No Kyler Murray? No problem for the Arizona Cardinals. Going up against Russell Wilson in Seattle, Colt McCoy played well enough to get Arizona a key divisional win to reclaim the top seed in the NFC. The Zach Ertz trade seems to be working out well too; he caught a pair of TDs in the victory. They get to fly into their bye on a high note.

Guess who’s back, back again. In an AFC that just seems wide open, only one team has consistently put together wins over the past month and a half. The New England Patriots rode a strong defense and another terrific Mac Jones game to a shutout performance in Atlanta.

The Packers lost a rivalry game, their most versatile o-lineman, and the top seed in the NFC all in the span of a couple hours. However, this team is still clearly legit, and they will fight with anyone to the last snap. Aaron Rodgers’ injury is concerning, but it seems like there’s hardly a QB in the league anymore that isn’t battling something. Next week is a big matchup with another NFC contender, the LA Rams.

The year of the backup QB just keeps on rolling. In the latest edition, Tyler Huntley led the Baltimore Ravens to a comeback win over the Chicago Bears and Soldier Field. The second-year QB making his first career start in Lamar Jackson’s place was poised enough to lead a two-minute drill TD drive to secure the road win, and Baltimore maintains pole position in the AFC North.

Well, here we go again. Apparently the only thing that can stop Tennessee in the AFC is the worst team as now the New York Jets and Houston Texans have both claimed victories over the conference’s top seed. In a hapless performance, the defense couldn’t buy a stop, and Ryan Tannehill couldn’t put anything together when the Titans had the ball. They need to beat New England to hold their position on top of the AFC.

The Chiefs offense still may not be very good, but the defense is apparently elite all of a sudden. Facing a Cowboys offense that opened the season by obliterating opposing defenses, Kansas City held them to a single-digit performance. Patrick Mahomes needs to figure some things out, but maybe this upcoming bye can help.

For all you need to know about this game, just watch the Tom Brady scramble in the first half. The Buccaneers took this game over early, and their defense never let the Giants put anything together. It’s a big win to extend their division lead.

LA got a chance to rest up this week after their blowout loss at the hands of San Francisco. This week, they host the Green Bay Packers in a battle of two top NFC contenders.

After some early season doldrums, the Indianapolis Colts have emerged as a sudden playoff team in the AFC. This latest win came in dominant fashion against a Super Bowl favorite, and the best part is, they didn’t have to rely on Carson Wentz. Jonathan Taylor dominated the game from start to finish, and Wentz was limited to just a game managing role.

Since Dak Prescott’s ankle injury, the Cowboys offense just hasn’t been the same. Dallas was held completely in check by a Chiefs team that has been historically bad on defense this year. Last week, the Chiefs tore apart the Las Vegas Raiders, so maybe the Cowboys can do the same to get back on track.

Buffalo desperately needs to get back on track. They looked like the clear-cut favorites at least in the AFC East, and now through 11 weeks they find themselves in second place behind the Patriots. Now, they come off a short week as they head to the Superdome to take on the Saints on Thanksgiving.

Have the Vikings finally arrived? Minnesota played their most complete offensive game of the season, and despite some struggles on defense, they earned a much needed victory over the rival Packers. Now they head back on the road to try and extend their winning streak to three against the Niners.

Cleveland may have won, but man, was it ugly. They jumped out to a 13-0 lead at halftime, and then they didn’t score for the rest of the game. They managed to hold on, but the question of whether an injured Baker Mayfield is actually worse than Case Keenum is very prevalent.

Sunday Night Football sure has been fun, hasn’t it? In the latest edition, the LA Chargers blew a lead before ultimately regaining it on a massive Mike Williams touchdown reception. LA had been in a bit of a slump recently, so this should be a big confidence booster going into their divisional matchup against Baltimore.

Like the Chargers, the Pittsburgh Steelers have been on a bit of a slide lately. The difference is theirs will continue after the loss in LA. This week, they need to get back on track after three weeks of 1-1-1 football.

The story of this game has to be the re-emergence of Brandon Aiyuk for the 49ers. It’s been a rough go of it for the wide receiver this year, but seven receptions for 85 yards and a touchdown is a good way to kickstart something to close the season strong. Next week is a game against the Vikings with playoff implications.

Philly has suddenly caught fire, winning three of their last four games. Their only loss in that stretch came at the hands of the LA Chargers, and it was only a three-point game. On this run, Jalen Hurts has really used his legs more than his arm to carry the Eagles offense. He scored three more touchdowns this week in a victory over the Saints.

Joe Mixon broke 100 yards rushing for the first time since week one against the Vikings, and the Bengals opened their post-bye schedule with a win to get off a two-game skid. Joe Burrow still didn’t look great this year, but the defense gave him opportunities down the stretch, and he delivered.

The Saints are now on a three-game losing streak for the first time since 2016. The Saints offense has been unable to consistently put drives together, only to make things close in the fourth quarter before ultimately falling. The defense, which has been the best against the run in the league, gave up 242 rushing yards in this most recent loss.

Ron Rivera went up against his former star QB, Cam Newton, this week when the Football Team took on the Panthers in Carolina. They spoiled Cam’s homecoming, and it was in large part due to a great game from Taylor Heinicke. Now, Washington hopes to keep their momentum going as they face Seattle on Monday night.

The Broncos come off a bye this week, and they will try to keep whatever playoff hopes they have alive. Their first matchup comes against the division rival, Chargers. 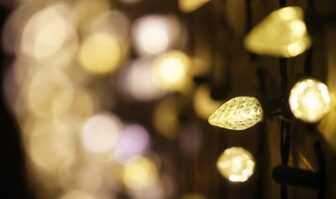 Also Read:
A Hallmark Christmas Movie With a Twist Ending

The streak continues for the Miami Dolphins after this latest victory over the New York Jets. Once again, Miami saw Tua Tagovailoa put together a solid game, and his two TD passes led the way in this one.

It was a special moment when Cam Newton scored his first touchdown back in a Panthers uniform. After a time in which it seemed like the former MVP may never have anything to do with the franchise ever again, his return was incredible to watch. It may have ended in a loss, but Newton proved he still has plenty in the tank.

Justin Fields left this game early with what appears to be bruised ribs. It’s better than the broken ribs that were originally feared, but his status is up in the air for Thursday’s Thanksgiving game in Detroit. Meanwhile, Matt Nagy continues to be on fire watch.

Since Russell Wilson posted that video announcing his return to the field, he has thrown zero passing touchdowns. Maybe he’s still groggy from the 19 hours of rehab he did on a daily basis, or maybe his hand still isn’t 100%. Either way, the Seahawks look like they are just about toast.

Last week seemed like the beginning of the Raiders inevitable collapse, and this week all but confirmed that to be the case. Derek Carr was not good in this game, and the defense let the Bengals offense get pretty much whatever they wanted.

Well, I don’t think anyone saw this one coming. Even looking at the statsheet now, it seems unfathomable that this result could have happened. The Texans had just 190 yards of offense compared to Tennessee’s 420; it just came down to the fact that Tyrod Taylor was able to get the ball in the end zone.

The Giants offense just doesn’t look smooth, even with Saquon Barkley in the lineup. For whatever reason, they seemed reluctant to just give him the ball and let him work, and it ultimately ended in another frustrating loss. Now, they have to go up a hot Eagles squad.

Stick a fork in ‘em. The Falcons are done. After a month-long stretch where they won three of four, they have now scored three total points in their last two games, being outscored 68-3. If they can’t hold a 28-3 lead, they certainly won’t be able to overcome 68-3.

Trevor Lawrence is good, it’s just this team around him is not ready to compete. That has been obvious all season, and this week against the Niners is just the latest example. Maybe they can get back on track against the Falcons.

Joe Flacco got the start this week for the Jets, and while New York fell again, it was certainly a more competitive game than we’re used to with Jets football. Maybe they can use that momentum to get back into the win column against the Texans.

Jared Goff sat this one out with an oblique injury, and that left Tim Boyle as the Lions starting QB. Scarily, there didn’t seem to be that much of a difference in play for the Lions as they lost again. They come off a short week to play the Bears on Thanksgiving in a game that few will be thankful for having to watch.