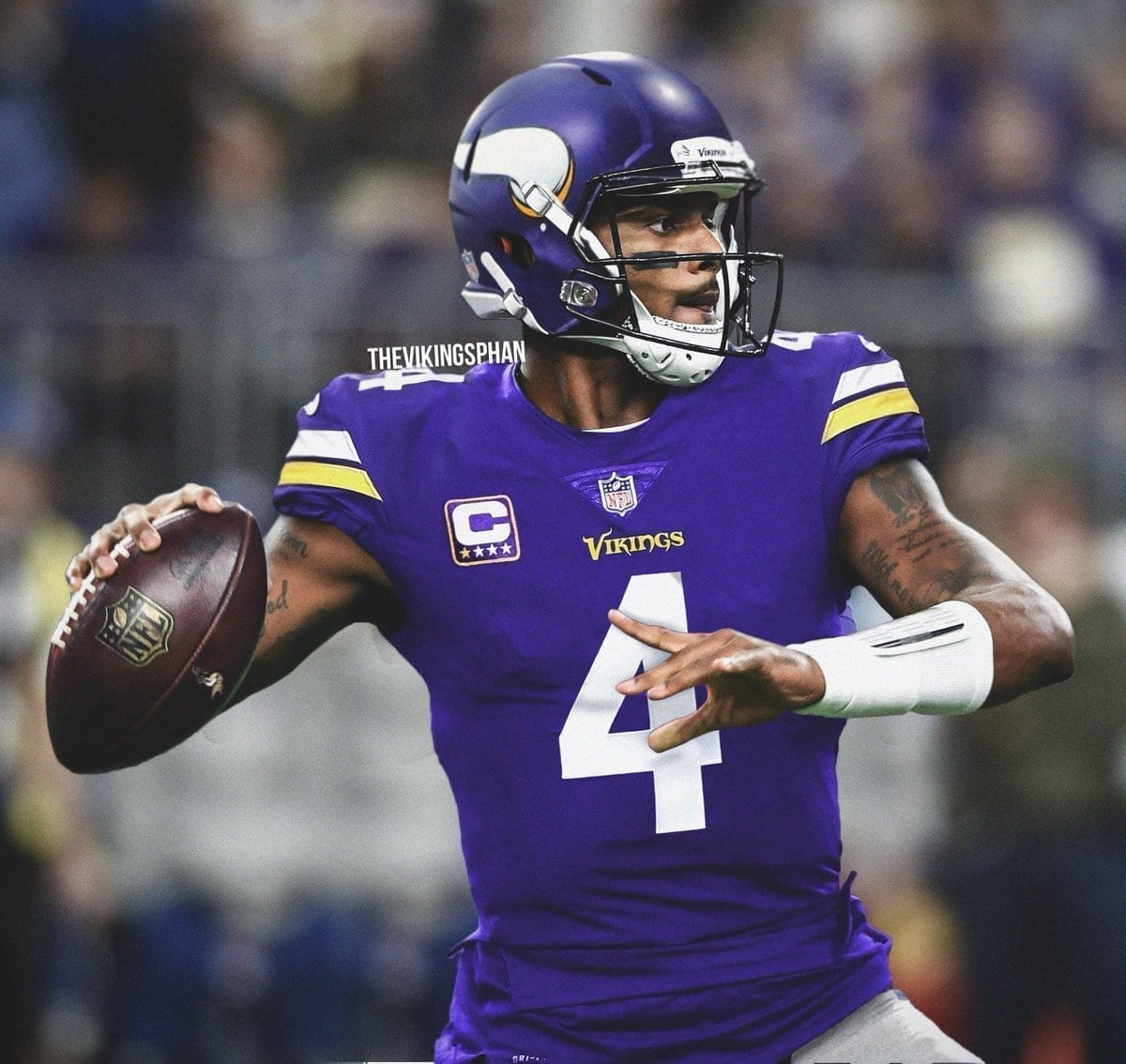 If there’s any sign greater that the Minnesota Vikings need a new head coach it’s this: Texans quarterback DeShaun Watson wants nothing more than to get out of Houston yet he reportedly wouldn’t waive his no trade clause if the trade was to Minnesota. The same Minnesota team that has arguably the best skill position players in the entire league.

Something is wrong there, and that something according to the person who reported Watson’s belief that the Vikings are sub-Texans (Darren Wolfson) is that the Vikings antiquated run-first philosophy isn’t an attractive system for any quarterback (or offensive coordinator, apparently).

Now, the Vikings system would be understandable if it was 2014/15 and the Vikings had a young quarterback that hadn’t fully acclimated to the league like Teddy Bridgewater. But, they have Kirk Cousins and considering the fact that he’s a top three quarterback ALL-TIME in terms of accuracy means that it makes little sense to run such a risk averse system.

When you add on the fact that the Vikings have the best 1-2 punch at wide receiver, a litany of talented tight ends, and the fact that airing the ball out more would both help Dalvin Cook pick up yards and stay healthy longer (via less carries), and it is and was already infuriating that the Vikings are stubbornly committed to a system they needn’t be.

Apparently Watson agrees, which should be confirmation enough to those of you that comment on every article about Zimmer that he’s the best coach this team has has since Bud Grant that clearly there’s a problem here.

Doogie didn’t touch on the other reason why any young superstar quarterback wouldn’t want to come here, and that’s the lack of investment in the offensive line. Kirk Cousins probably thought that the team would replace Nick Easton and Joe Berger, and while they’ve drafted guys like Dru Samia, it’s clearly not been enough.

So, this should be a wake up call for the Vikings and their fans. If you think about the fact that Watson clearly loathes enough aspects of the Texans organization to force his way out but would rather stay in Houston than come to Minnesota? What does that say about what he thinks about the Vikings?

This should also put an end to all of the “How Watson can end up in Purple!” Articles, unless part of the trade haul sent to Houston for his services included Zimmer.

Sigh. One can dream.

Or maybe he doesn’t want to come from warm, sunny Texas to freezing cold Minnesnowta 😉

Agree about the offensive line, but totally disagree about the supposedly “run-first” offensive system. Balanced offenses have resulted in double-digit win seasons and playoff berths three times under Zimmer. Pass-happy offenses – whether forced by injuries at running back or driven by offensive coordinator ego – has resulted in eight wins twice.

And I say this as someone who thinks Zimmer is not a big-game HC, and didn’t want to see him extended before the 2020 season.