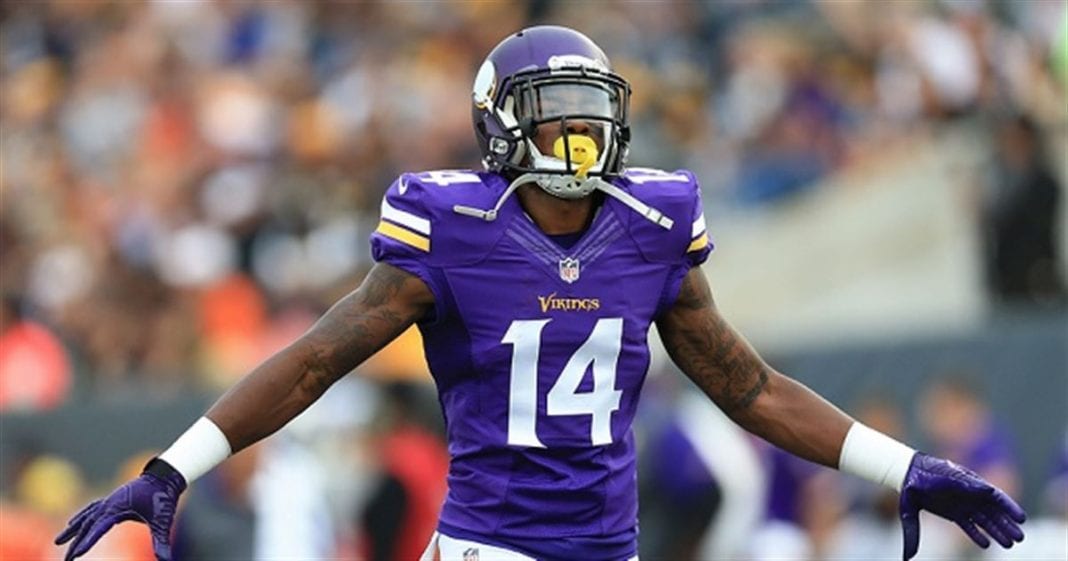 Editor’s Note: This article originally appeared on our sister-site, VikingsTerritory.com.

I don’t think there’s anyone, anywhere, that covered the Stefon Diggs trade in general or on as many levels as I have lo these past few months. The apex of that argument was the article, ‘What exactly did you have to be mad about, Diggs?’

The crux was that basically every box that could’ve been checked by the Vikings had been. Then, the past two weeks happened and I found myself thinking… Was Diggs onto something? Did he bail before the ship hit the iceberg? I thought I’d explore that, then I saw this article by Judd Zulgad, ‘The Vikings are a complete mess and Diggs saw it coming’ and I looked at my fiance’ and said. Damn it! Someone beat me to it!

However, I am not sure I completely agree with Zulgad’s assessment, as part of getting paid in this league, regardless of the amount but especially when A TEAM GIVES YOU A SALARY THAT AVERAGES $14.5 MILLION DOLLARS A YEAR THIS AND THE NEXT TWO SEASONS, is sticking around and helping the team that gave you that deal despite the fact that you missed two-or-three games a season and never eclipsed 1,000 yards until they brought in Kirk Cousins.

Sure, Diggs probably saw this coming. He isn’t stupid, and he is much closer to the team than I’ll ever be, and he understands football in a way I never will. But, I saw it coming, too.

That doesn’t mean that I suddenly am writing about the Buffalo Bills, and I am pretty sure I’m partially responsible for the national debt at this point.

There’s still something to loyalty, especially when a team has done everything right by you. So, instead of helping the team that drafted him in the fifth round, paid him like a top receiver despite the fact that he wasn’t (which, was partially on the team and it’s rotating door at the quarterback and offensive coordinator position), and did everything in their power to win a Super Bowl with Diggs.

Then the team no longer is up to his standards, so he forces his way out by copying Antonio Brown?

The only angle I can see that I even slightly agree with is that teams aren’t loyal to players in 2020. That the NFL has contracts that aren’t really even contracts, and that players aren’t treated fairly by the league and thus Diggs is just doing what teams do all the time by putting his interests first.

But, outside of his name being better known nationally (which you’d think the Minneapolis Miracle would’ve done for him? In terms of sponsorships, which is the point I’m driving at) by becoming the main focus of the passing game, I’ll ask again, what exactly did he have to be mad about?

Zulgad and Diggs both assume that Diggs also knew that he’d be going to another playoff team. Sure, the odds were higher than usual as the NFL still isn’t a super trade happy league, and it’s usually a team that’s a player away that gives up their coveted… Ugh… Draft picks for an established stud like Diggs… But still. He could’ve ended up playing for the Raiders for all he knew, but some may say that the fact that he risked it meant that he totally wanted out and logically there had to be a reason.

The reason, to me, is pretty clear. He didn’t like sharing the limelight or ball with his so-called BFF Adam Thielen. Which is pretty sad, because if you think you’re good enough to want to be the man, why not just try harder to be the man when you’re playing in an offense opposite another great receiver?

Are you really that upset that Cousins and Thielen started 2018 breaking all those records after you (in your mind) single-handedly beat the Saints in the 2017 playoffs? Or were you upset that you didn’t get a State Farm commercial afterward, and that Thielen got the lion share of the local sponsorships because he’s from here?

Either way, the Vikings are bad. Having Diggs would help, obviously, as Cousins was forcing balls to Thielen like he literally had no one else to throw to… Because Bisi Johnson and Irv Smith (and Kyle Rudolph) let him down today. That’s not to say that Cousins had a good game, he didn’t, but his receivers did him ZERO favors today and you have to think that if he still had Diggs getting open down the field, they could run Thielen out of the slot, where he is masterful.

The slot is jam-packed with players like Jefferson and even Irv Smith Jr., who ran about 30% of his 2019 routes from the slot. But the problems on this Vikings squad are much deeper than that, mostly on the other side of the ball.

The hope was that new offensive coordinator/former offensive mastermind Gary Kubiak would’ve been able to elevate the 2020 offense to an elite level, to take some pressure off of the defense (by perhaps, you know, picking up first downs?) by fielding an offense that can score points outside of garbage time.

But we’ll never know if that could’ve happened because Diggs decided to put himself above the team. Because no matter how anyone slices it, that is exactly what he did. He wasn’t upfront about it, either, he did everything to cause distractions via social media until the team found the situation untenable.

At least when a team cuts a player they don’t do it by posting clues on social media, and I get that they have the leverage, but that onus falls on the players themselves who have zero ability to even threaten a strike because everyone is living outside their means.

I’m not defending the NFL as a whole or how other teams do business, but this Vikings regime hasn’t been callous in their handling of players, their contracts, any of it. If anything they’ve been too loyal over the years.

But they’ve built a world-class stadium AND facility, and they’ve spent every dollar possible rewarding the players they drafted and also by bringing in free agent talent to fill gaps not filled via the draft.

This team had an uncanny amount of continuity on the defense and really the offense as well. So, while the NFL has problems elsewhere, you really can’t say that the Vikings haven’t done everything possible to both give their players fair shakes financially and in terms of competition and facilities.

But, as soon as things look rough Diggs forces his way out by alienating himself from everyone, causing distractions, throwing his helmet while his team WAS WINNING in the playoffs, and then doing all sorts of social media nonsense whenever possible?

Yeah. Sorry. Can’t agree with 99% of that. Because, while he may have seen this coming it doesn’t mean what he did was right.