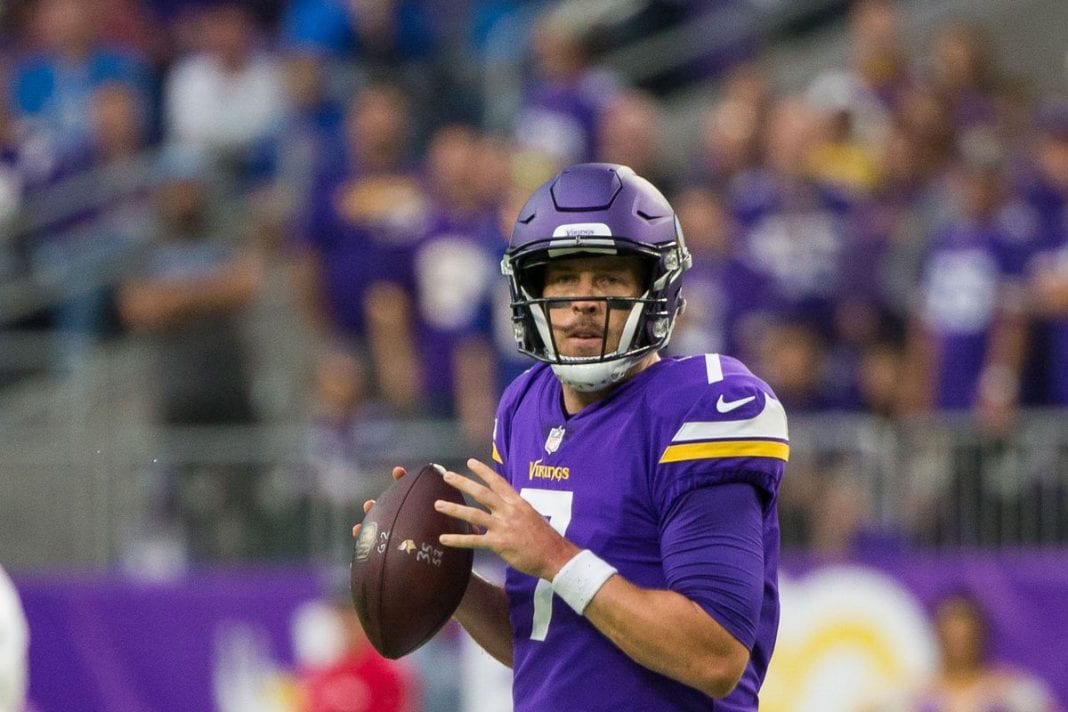 With the 5-2 Vikings heading across the Atlantic to face the winless Cleveland Browns Sunday at the ungodly hour of 8 a.m., many fear that they may be headed towards a trap game, something that most of us are sadly really aware of as Vikings fans. Considering that the Vikings are favored to win by nearly ten points according to MyBookie.Ag (-9.5), which is the largest line that they’ve had all season, they could very well end up going into a game that possesses it’s own set of challenges (even more so that most NFL games, that is) with too much confidence. However, considering that the Vikings are one of the best coached teams in the NFL it’s not something that we need worry too much about as fans of the Purple and Gold.

The Browns are probably the worst team in the NFL and while the game is a road game, and really, really early in the morning, the Vikings defense is built in such a way that it’s hard for teams with great offenses to best them (let alone an offense that has a rookie quarterback who is leading the league in interceptions and benchings, as well). So, while the Vikings have struggled to get things going in the first half of games this season they’ve had a defense that allows them to do just that without having to play catch up in that second half. Case Keenum is set to start Sunday as well and that does bring some familiarity to the offense that has dealt with more revolving door situations at different positions on the offense than most any in the league since the beginning of the 2016 season.

Stefon Diggs, one of the best receivers in the NFL, is also set to return after missing two weeks with a groin injury, which should help the offense get over its first half blues and also cover that nearly 10 point lead for those who are interested in betting. While I’d never bet on the Vikings (not based on principle as much as the fact that they always do the exact opposite of what I think they will) I’d say that this game has far too many zonky variables for me to be confident in the final score. The Vikings are currently the number two seed in the NFC and you’d think that they’d be able to wipe the floor with a struggling (even for them) Browns team, but considering the fact that they’re playing in London and that it does look an awful lot like a trap game, I’d put my money on the under if I were you.