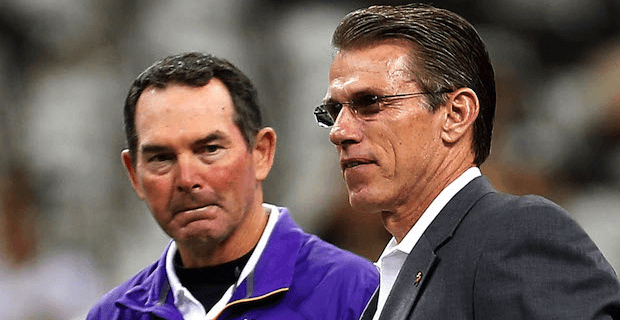 2019 is stacking up to be the best chance the Zimmer lead Vikings have to making a deep playoff run (which is saying something) which is why people have been wringing their hands all off-season about the lack of consistency coming from both the kicking and punting game(s) (or rather from the kicker and punter in Dan Bailey and Matt Wile, respectively). That lack of consistency is something the Vikings apparently didn’t want to leave up to chance, as they’ve reportedly traded a 2020 5th-round pick to the Baltimore Ravens for punter/kicker combo Kaare Vedvik according to multiple sources, including Adam Schefter.

Vedvik, a native of where else, Norway, has been solid the past two pre-seasons for the Ravens (who have Justin Tucker for the regular season), making 12-of-13 field goals. He was also a solid 4-for-4 this past week for the Ravens, including a 55 yarder. He also had two punts of over 50-yards.
Ravens special teams coach Chris Horton said of the move:

“I’m really fired up for Kaare. He deserves it after everything he’s been through. What an opportunity for him”

He will have the rest of the pre-season to prove that he can best veteran Dan Bailey as well as Matt Wile, but considering the fifth-round pick he was traded for (which is a lot for a kicker/punter, as we saw last year with Daniel Carlson), it’ll be surprising if he doesn’t stick. This will also be basically the second fifth-round pick that the Zimmer regime has used on a kicker in the past couple seasons, which is astounding and while it shows that the team is serious about fixing the position it also makes you wonder about their ability to either establish or foster kicking talent.

Vedvik still has to pass a physical, which shouldn’t be a problem.