Training camp is now upon us as the Vikings head into the next phase of preparation for the 2019 Regular season.  With OTA’s & Minicamp in the rear view mirror let’s take a look at 5 storylines for the team headed into Training Camp and try to predict the outcomes. 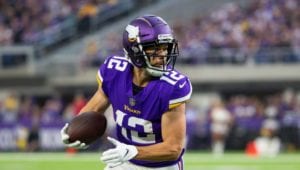 It appears these 2 were getting the most run behind Diggs & Thielen during OTA’s & Minicamp and they are both different types of WRs.  If the Vikings want to put another slot WR on the field that is shifty they can turn to Beebe.  If they are looking for adding another outside WR to the formation with size they can turn to Taylor.  These 2 will play situationally rather than just one of them taking the majority of the reps. 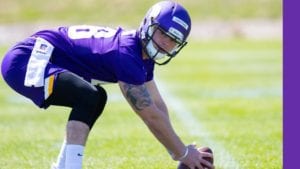 The Vikings spent a 7th rd pick on a Long Snapper so there is no doubt they want him to win the job.  Throw in the fact that McDermott’s contract is getting a bit pricey (it will exceed $1 million in 2020) for the cash strapped Vikings and Cutting becomes the obviously more economical choice.  He also has all of his fingers. 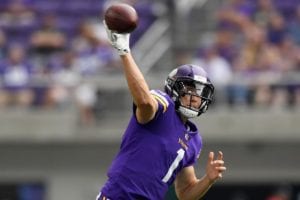 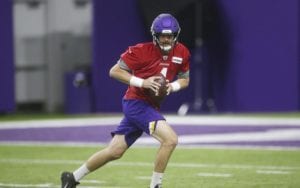 Neither player consistently outshined the other during OTA’s & Minicamp so this is a battle that will likely not be determined until the conclusion of the preseason.  It is possible the Vikings keep 3 QBs on the 53 man roster which would mean both of these 2 would likely make it with Browning seeming destined for the practice squad but if the Vikings only keep 2 QB’s on the roster the loser of this battle could be cut.   It should be a very competitive battle for the primary backup QB spot behind Kirk Cousins. 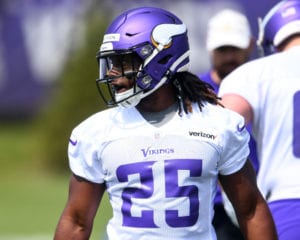 Dalvin Cook is obviously the starter but the backup job will likely go to Mattison as he is a change of pace back to Cook in that he is bigger and more suited for short yardage & goal line situations.  Mattison also is an effective pass blocker and has good hands which makes him a 3 down RB which bodes well for him winning the RB 2 spot.  Ameer Abdullah, De’Angelo Henderson & Mike Boone are all smaller, faster RBs more like Cook and will battle for the RB 3 spot.  It would not be surprising to see the Vikings carry 4 Halfbacks on the roster with the added emphasis on running the ball. 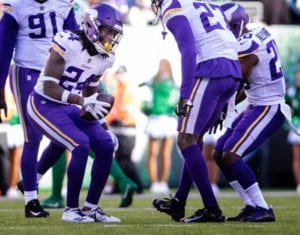 5.) The Vikings will add a veteran CB to the roster.

With Holton Hill now suspended for a total of 8 games and Mike Hughes status uncertain as far as if he will be ready for the opener or even first quarter of the season the Vikings CB depth is a bit thin on experience.  The team has already brought in Veteran Free Agent Orlando Scandrick for a workout this week and indicated they have an interest in signing him so I would expect that he or another veteran could be added in the very near future before the start of preseason.

Those are my Top 5 Training Camp Predictions for the Vikings.  What do you think?  Let me know in the comments section below! 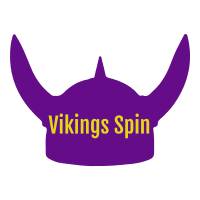