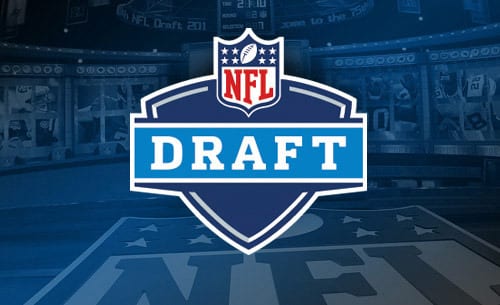 Vikings Spin is back with new mock drafts now that the Free Agency period dust has settled.  Yes the Vikings can and will most likely still sign Free Agents and make roster moves up through September before they take the field in their Week 1 regular season match up but those moves will be dictated by what they do in the upcoming draft just like the first wave of Free Agency has now shaped what they can and will do in the draft. 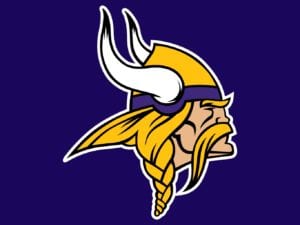 Bradbury’s film session against Clemson here shows him dominating against both  an agile 3 tech in Christian Wilkins and a straight up power Nose Tackle in Dexter Lawrence.  It didn’t matter who Clemson put in front of Bradbury he won.  He can beat 3 techs with strength and leverage and he beats power Nose tackles with great angles on combo blocks and best of all he gives it 110% every play and finishes each and every play.  He is tailor made for the Zone blocking scheme the Vikings are going to run as that is what he did at NC State and that is what his athletic profile suggests is his best fit.  In my opinion he should be the Vikings #1 target in the draft.

The Vikings have Riley Reiff for 2019 but they may want to move on from him in 2020 for cap reasons and to get younger at the position.  If the Vikings leave Reiff at tackle in 2019 Cajuste can come in as a rookie and be the team’s swing tackle while he learns the ins and outs of the NFL.  He’s good enough to play right now if they need him to so the depth will be great this year and hopefully after a year on the bench he can take over at one of the tackle spots as the starter in 2020.  Hopefully the Vikings will have signed a Guard in Free Agency if that is the case.  Cajuste possesses the build and athletic traits to be a very good NFL tackle and is also a nice fit in a zone scheme.  If the Vikings leave Reiff at tackle but don’t  sign a Free Agent Guard to start Cajuste has the build to play inside as a rookie if the Vikings need him to fill a starting spot in order to get the best 5 O-lineman on the field.

With the Vikings signing their run stuffing 3-Tech in Shemar Stephen they can use a rotational pass rusher on 3rd downs and Willis is more than capable of handling the Tom Johnson role and perhaps developing into an every down player down the road if he can get stronger.  Passion concerns (He quit football for a while but now says he’s motivated again) could cause this Rd 2 talent to slip to Rd 3 but if the Vikings feel comfortable with him they could get a steal.  For now he’d immediately contribute as a 3rd down pass rusher in the rotation giving the Vikings some more juice inside.

McLaurin was a team captain and leader on the Ohio State offense and routinely made clutch catches in college.  He is said to have even further refined his route running according to reports from the Senior Bowl and he clocked an impressive 4.35 in the 40 yard dash which pushed his stock from Day 3 to Day 2.  McLaurin would help take some pressure off of Adam Thielen & Stefon Diggs and can likely play either in the slot or on the outside.  He uses physicality to beat grabby CBs so that bodes well for beating press coverage in the NFL.  He also possesses reliable hands but you’d like to see him hands catch a bit more.  McLaurin also shows above average awareness in that he does a nice job of coming back to the ball when his QB is in trouble.  McLaurin would give QB Kirk Cousins another speedy & reliable option to lean on in the passing game.

Another Tight End from Notre Dame?  Sure, why not?  Mack has shown flashes of good blocking with Notre Dame as he has the physical build and strength to do it but needs to be more consistent with his desire there.  What he does show consistently is the ability to make big plays down field in the passing game.  He has above average speed and athleticism and can be an effective move TE and is very comfortable in the slot and can also be used inline.  Has the potential to become a good combo TE in the NFL.  Not ready to start from day one but could see situational reps as a rookie and perhaps grow into a bigger role in year 2.

Nephew of Former Redskins Super Bowl winning QB Mark Rypien so the bloodlines are there.  Rypien throws a pretty ball especially on the deep to intermediate balls that he hits with very good accuracy but for some reason his short throw accuracy is lacking and needs work.  Level of competition and arm strength is also a concern but he has the intangibles and accuracy that are certainly worth taking a chance on in Rd 6 and perhaps some time as a 3rd QB or time on an NFL practice squad can further his development.  The Vikings will need 4 QBs for training camp anyways and Kyle Sloter & (Trevor Siemian?) could use some competition for the backup job.

Ozigbo reminds me a lot of Latavius Murray on film in that he is a big back with above average speed and also shows plus ability catching the ball and in pass blocking.  A combine snub he could be a hidden gem in the draft.  He had a nice showing at the Shrine game and I think he could come in and compete for the RB2 spot behind Dalvin Cook and be the team’s “power back” since they currently don’t have one on the roster.

Cashman’s combine performance lifted him from UDFA status to where he will probably get drafted in Rd 7.  Needs to get better getting off of blocks and improve his instincts but he’s a high effort player who showed he has speed with his 4.50 showing in the 40 yard dash.  Might be limited to a backup WILL LB role but could be a very nice player on special teams.

Nice size and speed for the position.  Was a Team Captain & leader for the defense at Rutgers.  Needs to play more consistently but does have the traits and flashes the ability to cover TE’s one on one and can come up and make plays on ball carriers.  The Vikings have done well at developing 7th rd & UDFA safeties in the job they have done with Jayron Kearse & Anthony Harris and Hampton could be their latest project safety that they turn into a good player on defense in a couple years.  For now he can contribute on special teams and provide depth as the #4 safety.