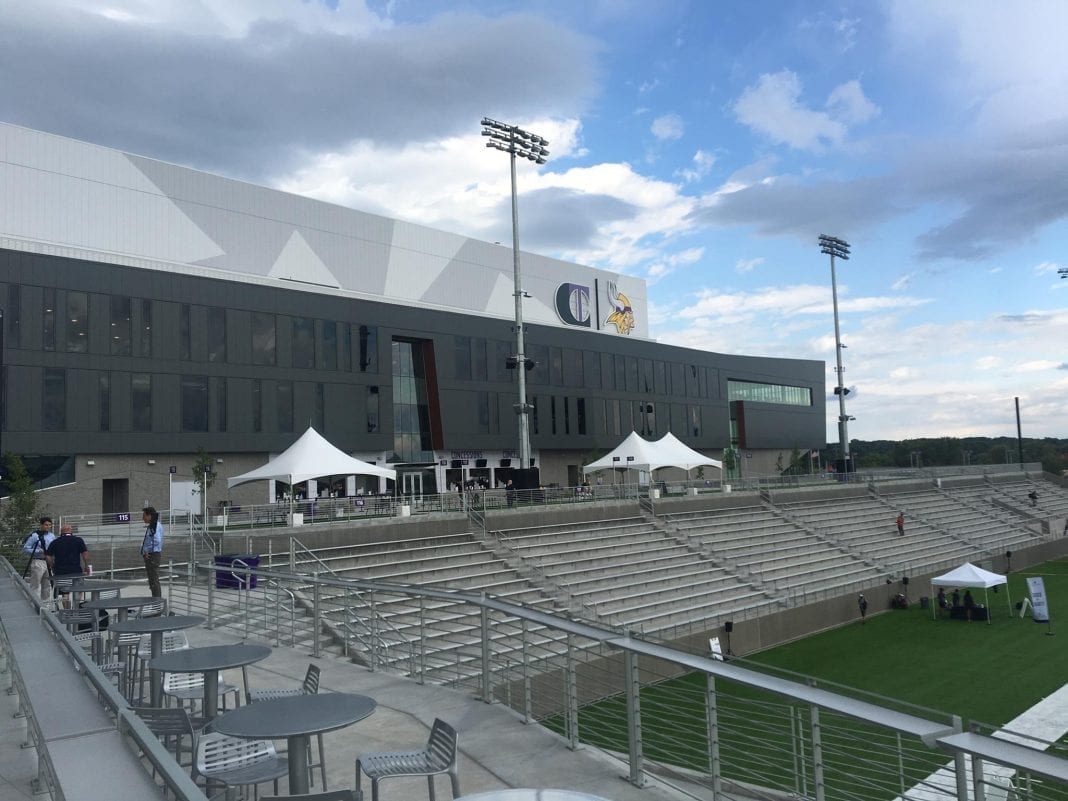 Rookie Longsnapper Austin Cutting is not your average professional football player. Beyond the fact that a long-snapper isn’t really “one of the guys” on a football team as they’re part of a two or three-person team in the kicking game (along with the holder and kicker), he’s also a rookie and seventh-round pick, which doesn’t necessarily always mean that they’ll end up on the final 53-man roster. However, even beyond that, Cutting is a rarity in that the 22-year-old also has a mandatory two-year military commitment with the Air Force and will be used as a recruitment tool for the Air Force as well. Despite that, though, the Vikings announced this morning that they’d signed Cutting (meaning they’ve signed all 12 of their draft picks from this season).

Cutting’s agent spoke with the St. Paul Pioneer Press this past weekend and discussed the unique situation that the rookie is in, before the announcement that the 7th-round pick was signed to what has been reported/rumored to be a four-year deal worth just under $2.6 million. This pre-season he will be in direct competition with veteran Vikings long-snapper Kevin McDermott, who has called the competition with Cutting a “good thing”.

The Vikings have had their eyes on the first Super Bowl win in team history (something that even the best PA sportsbooks have agreed with them on, with varying levels of support) and with stakes that high having a good (field goal) kicking unit is extremely important, as we’ve seen with teams like the Bears and even our own squad (as had then rookie Daniel Carlson made one of those kicks against the Packers the Vikings would’ve squeaked/backed their way into the playoffs last season).

Considering the lack of quality and consistency from that unit in recent years, it’s a good sign that the team has brought in a fresh set of eyes in new special teams coordinator Marwan Maalouf (who as an assistant in Miami had back-to-back seasons in 2018 and 2017 with two different kickers with a field goal percentage of 91% and 90%, respectively) as well as the assistance from Nate Kaeding as a field goal kicking consultant of sorts. That shows just how important this season is as well as just how thorough the Vikings management is being in terms of crossing T’s and dotting I’s. Nothing is being left to chance, and considering that some of the missed kicks last season from veteran Dan Bailey came not from him as much as the snap/hold, it’s something that was necessary, as well.

Under normal circumstances perhaps the Vikings would’ve already moved on from McDermott, but considering the external requirements that Cutting has with the Air Force, it makes sense to keep both on the roster. The team must’ve had him ranked relatively high on their board as he was the only long-snapper selected in the 2019 NFL Draft, despite the fact that he won’t be able to completely focus on football early in his career. It has yet to be reported just how his commitments will affect his time with the team, but it sounds like it’ll be relatively substantial. Considering the lack of flexibility this team will have with their roster (as there is a lot of depth and thus a lot of hard choices), perhaps Cutting’s absence will be something that they can get an exemption for (from the league).

Cutting’s agent, Darren Deloatche, discussed the situation with the Pioneer Press and said:

This situation is especially unique as up until recently players that had military commitments had to wait two years, after college, before they could be eligible to play professionally. However, President Trump recently changed those rules to allow cadets and midshipmen attending service academies or earning a commission through ROTC programs to be able to start playing immediately rather than waiting the length of their commitment(s).

“As I recently stated, these student-athletes should be able to defer their military service obligations until they have completed their professional sports careers, such cadets and midshipmen have a short window of time to take advantage of their athletic talents during which playing professional sports is realistically possible.”

While it’s thought that Cutting would’ve been able to play immediately (with or without Trump’s assistance), his situation is definitely a rarity in any case. Case in point, his situation required attorney’s from the Pentagon to discuss his situation with the Air Force Academy as recently as two weeks ago.

Either way, this should be one of the more fun competitions to witness during camp this year, so keep an eye on that as well as purplePTSD.com/VikingsTerritory.com for all of your Vikings news this season!