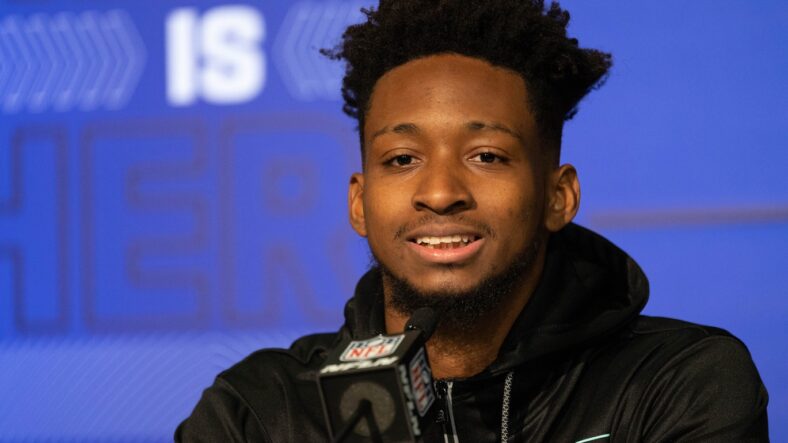 After a longer-than-typical process, one of the final three Minnesota Vikings rookies has officially signed his first NFL contract. Akayleb Evans could not have chosen a better day to do so either: his 23rd birthday.

The University of Missouri cornerback was part of the Vikings emphasis on the secondary during the 2022 draft. He was the third defensive back selected by the team after taking safety Lewis Cine and cornerback Andrew Booth Jr in the first two rounds. Evans was selected in the fourth round with the 118th overall pick.

A number of traits made Evans an intriguing prospect going into the 2022 NFL Draft. For one thing, he is an athletic freak, recording a 4.46 40-yard dash as well as a 36-inch vertical. In terms of his actual coverage ability, he was a diamond in the rough that was the Missouri Tigers secondary after spending four seasons in the American Athletic Conference with Tulsa.

The Missouri defensive group as a whole gave up nearly 34 points per game, ranking near the bottom of all FBS college football. However, Evans had career-highs in tackles, pass defenses, and recorded his first career interception in 2021 with the program.

Certainly, Evans is a project going into his rookie season. He comes into the Minnesota Vikings secondary at its deepest point in years. At the top of the cornerbac room sits high-profile players like Cam Dantzler, Patrick Peterson, and fellow rookie Booth. Even further down, Chandon Sullivan and Kris Boyd could find a spot ahead of the rookie on the depth chart.

There is a place for Evans on this Vikings roster, though. Throughout college, he was often used as a blitzer because of his speed. Because of this, Minnesota may look to get him on the field during early downs to stop the run. He is a physical tackler and is not afraid to engage with potential blockers. This could also be very useful in special teams coverage as well. Given his bulldog nature, opposing wide receivers will not want to deal having to block him in either special teams or rushing situations. If he can ever become more consistent in actual pass coeverage downs, Evans may have a bright future ahead of him.

Two Vikings rookies are still yet to sign their official NFL contracts with the team. Those two are their second-round selections Andrew Booth Jr. and Ed Ingram. 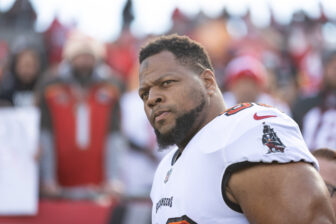