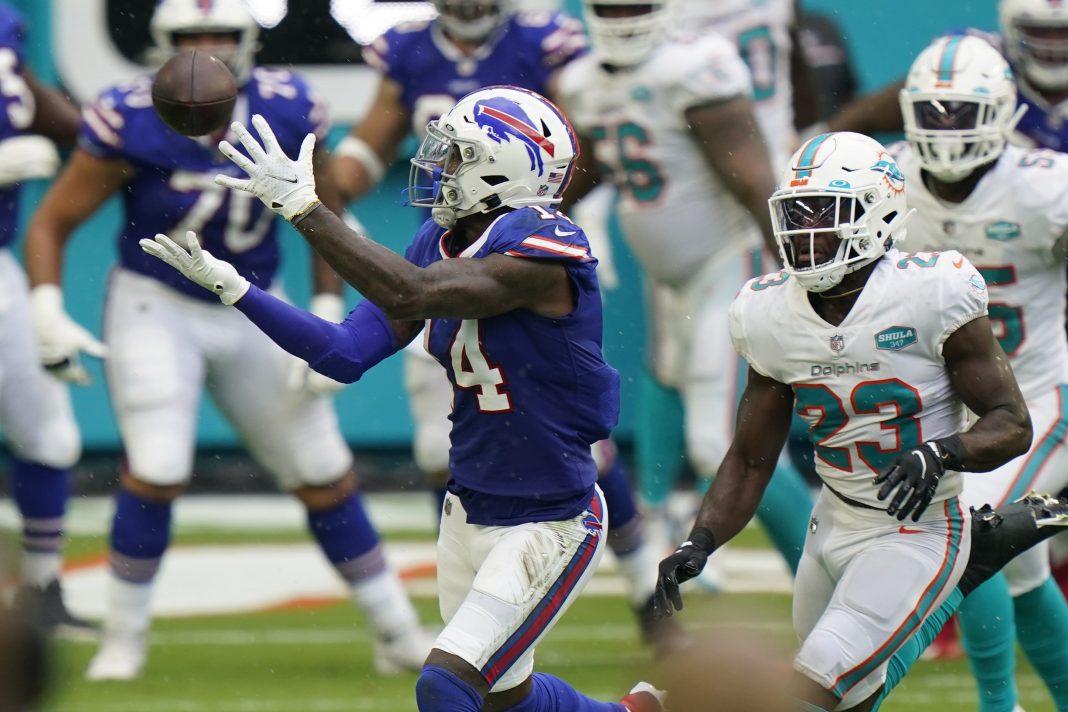 It’s not an understatement to say that the Minnesota Vikings have been disappointing this year. Despite having realistic playoff and even superbowl aspirations going into the 2020 season, following their week three loss to the Tennessee Titans, the team sports a winless record on the year at 0-3.

Despite somewhat of a resurgence this past sunday, September 27th, against Tennessee, Minnesota’s offense has proved particularly inept, especially when it comes to their passing game. This is to be expected, considering the Vikings’s front office traded away one of the best wide receivers in the game in Stefon Diggs. While they did replace him with first round draft pick out of LSU Justin Jefferson, it is unrealistic to expect a rookie to replicate Diggs’s production in just his first year.

While Minneosta’s receiving core has struggled, Diggs has had a fantastic year with his new team the Buffalo Bills. That being said, let us undertake an exercise in masochism and compare the production of just Diggs to all Vikings receivers. I apologize for any emotional distress in advance.

Connecting seamlessly with his new quarterback up in Buffalo, Josh Allen, Diggs is on pace for a career year through three games. Tallying 288 yards and two touchdowns on just 20 receptions, Diggs has put up big numbers for Buffalo, playing a crucial part in their 3-0 start, as well as in Josh Allen’s quick jump to the front of the 2020 MVP race.

In comparison, the Vikings passing offense has been utterly horrible. By the time the last whistle blew on their 31-30 loss to Tennessee this past Sunday, Minnesota had only managed to put up 623 passing yards through three games. That is worse than the likes of the New York Giants, the Washington Football Team, and the Cincinnati Bengals, and a staggering 415 yards behind Diggs’s Bills.

Vikings fans have to wonder if the extension Kirk Cousins got this past offseason was really worth it.