Vikings Fans Have a Clear Expectation for Mike Zimmer in 2021 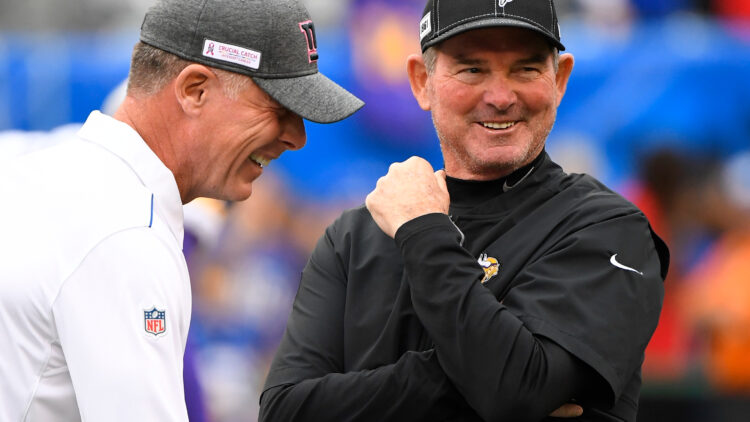 The Minnesota Vikings leadership preaches longevity amid the Mike Zimmer era, existing as bedfellows with the 65-year-old head coach for [coming up on] eight seasons. Before Zimmer arrived, Minnesota incurred a stretch of football from 2010 to 2013 in which the Vikings were the NFL’s seventh-worst franchise per wins and losses.

On Zimmer’s watch, the Vikings are the league’s eighth-best team, winning 58% of all games since 2014. The primary frustration with Zimmer is that he never glues together back-to-back seasons of prosperity. It’s always good, mediocre, good, mediocre, etc. (in that order). In fairness, Minnesota is due for a patented odd-year season, and those are prosperous. In 2015, 2017, and 2019, the Vikings reached the postseason, creating exciting moments to the utmost in two of those campaigns. The first one in 2015 was hideous, and it involved a kicker.

Some Vikings loyalists aren’t in love with the Zimmer era, though. Those men and women gander at the Kansas City Chiefs or New England Patriots, thirsting for a mini-dynasty – something that the Vikings have never experienced. The franchise has gobs for talent from Dalvin Cook, Danielle Hunter, Eric Kendricks, Harrison Smith, to Justin Jefferson – the roster is comprised of a group of guys that should reach the playoffs.

For that reason, the time is now for Zimmer to make a playoff push. While fans may enjoy his presence, aura, personality, and results, the close-to-universal sentiment is that of playoffs-or-bust.

Vikings fans on Twitter were polled recently in an unscientific sense to weigh in on Zimmer’s job security:

The overwhelming majority, 80.6%, asserts that Zimmer must enter the postseason in 2021 in order to coach the Vikings in 2022. The other one-fifth of folks evidently believe Zimmer is safe no matter what.

Others raised the bar for 2021. Almost half, 48.5%, claim Zimmer needs a playoff win to shore up his job security. And the remaining one-fifth of VikingsLand names an NFC Championship appearance, at least, as Zimmer’s ticket to 2022.

During this lull in the offseason, various lists, rankings, and topics are generated to avoid the pre-trainng camp blues. When NFL analysts get to the topic of “Hot Seats” for coaches, Zimmer is usually in the hopper this summer. CBS Sports was one of the hot-seat proclaimers. Jason La Canfora of CBS Sports said about the Zimmer rump heat:

”The constant churn of offensive coordinators and staff on that side of the ball has not gone unnoticed. His defense has slipped badly in recent years, and this certainly looks like a defining year for Zimmer and his QB, Kirk Cousins, in Minnesota. Especially if Aaron Rodgers is gone, expectations to win this division will be quite high, and if they are going to a young QB in 2022, well, and old-school, defense-first head coach who tends to be very tough on the other side of the ball is probably not the prototype you would be looking for to oversee the development of Kellen Mond (or anyone else).”

The 2021 schedule does not accommodate the sense of urgency for Zimmer. Minnesota’s current strength of schedule is the fifth-most difficult in the NFL. Opponents have a collective record from 2020 of 144-127-1 (.531).

On a finishing note, keep an eye on the Aaron Rodgers saga to your east. The resolution to his spat with the Green Bay Packers brass could backhandedly influence Zimmer’s fate. It will be an absolute requirement that the Vikings win the NFC North if Rodgers is not in it.