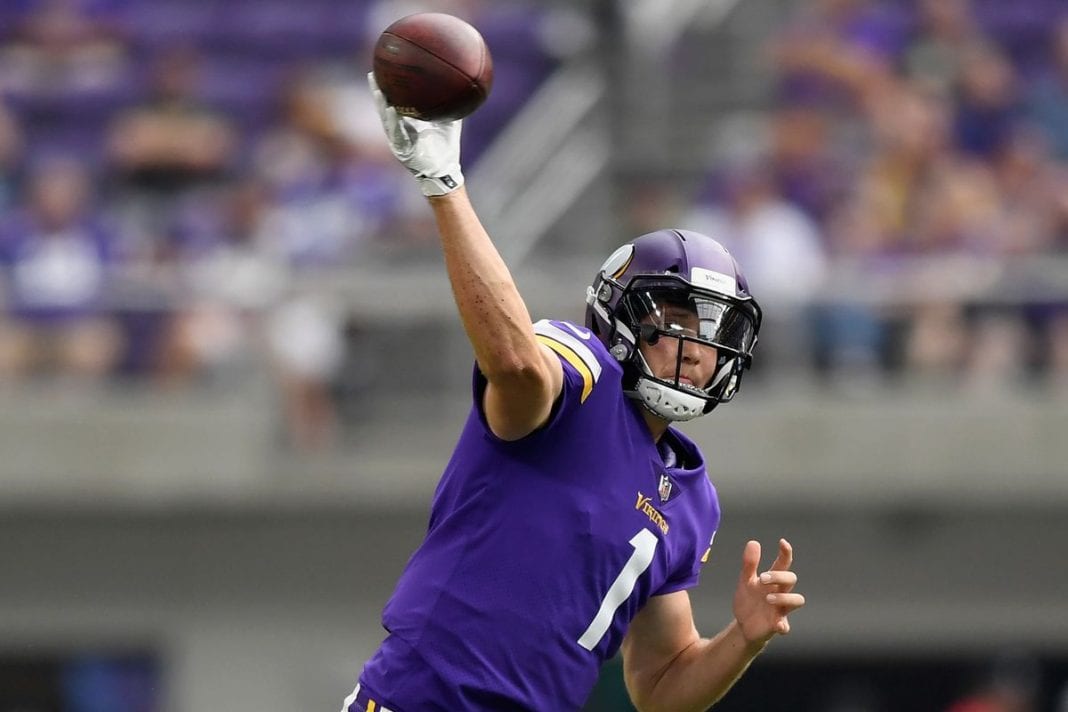 In a move that will certainly go over well with a completely calm fan base, the Vikings officially parted ways with quarterback Kyle Sloter, who had the best pre-season of the four quarterbacks the Vikings had on their then 90-man roster. The team announced they waived Sloter, after it was widely reported that they were attempting to trade him.

Sloter joined the team in 2017 after he was released by the Denver Broncos, and was initially signed to the practice squad before he was promoted to the active roster. He spent 2018 on the active roster as well, and had one of (if not the) best pre-season in Vikings history starting with three games with a QB-rating over 129 (with a game over 143 and 158 (ie a “perfect” rating)).

Sloter started the game on Thursday night as the team was resting starter Kirk Cousins and back-up Sean Mannion. While his numbers weren’t nearly as perfect as his first three outings, he still moved the offense down the field and showed an ability that neither Cousins nor Mannion possess, which is the ability to extend plays with his legs.

Fans were heavily pushing for Sloter to nab the back-up (or even starting) spot(s). This move will certainly add additional pressure to Cousins, who had a disastrous outing in the third pre-season game (going 3-for-13 and looking like he was completely lost).

Stay tuned for updates as to who picks up Sloter, and for all news regarding the roster moves as the Vikings trim their roster down to the final 53.

You can discuss this move and all the roster cuts below!

Otherwise, you can click Here to join the conversation on the following aspects of our social media network, VikesGeist.

Click HERE to join the conversation on the message board.

Click HERE to join the conversation on our Vikings news GROUPS.