Home Latest Minnesota Vikings News Vikings are #2 in Most Power Rankings, Making them the NFC Favorites… 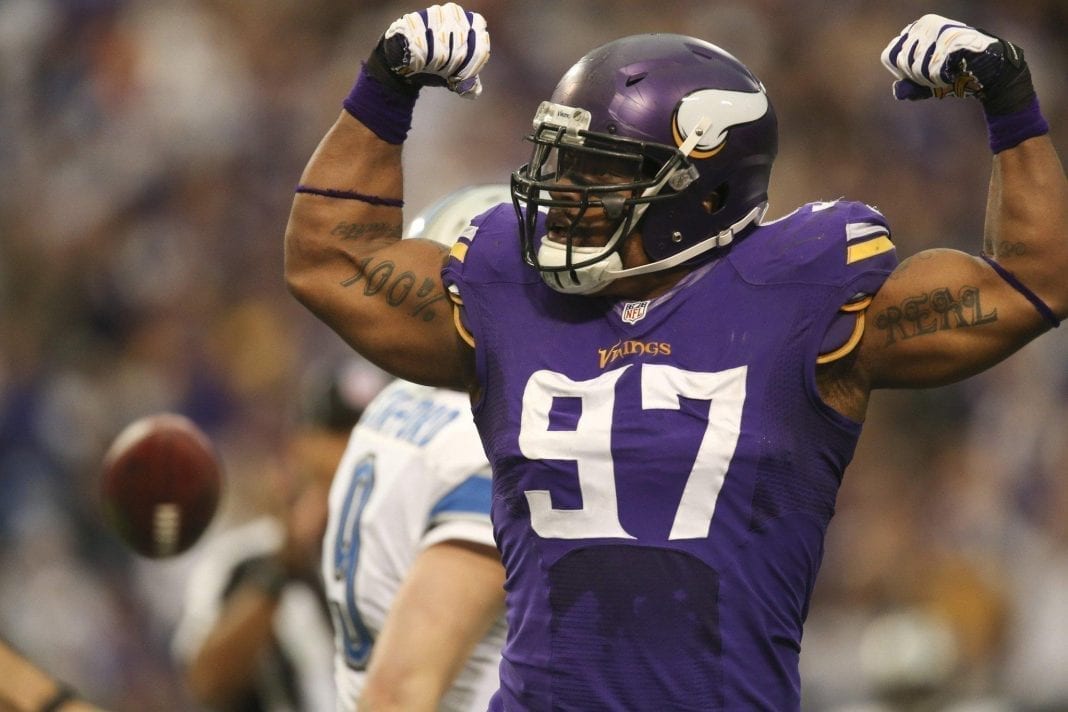 If you ever catch the purpleJOURNAL Podcast on Thursday mornings you’ll know that I’m one of the only people on the PTSD team that really pays attention to Power Rankings. I’m aware that they’re subjective and therefore meaningless, but I do love to hear what the national media thinks about the Purple and Gold as you don’t really hear a lot about them on ESPN or other national outlets. I often feel like Minnesota is an invisible state, as since they rescinded that tax break for movies in the late 90’s, we no longer get to see our hometowns in films like Jingle All the Way, Untamed Heart and of course, The Mighty Ducks.

For the past two weeks, even after the loss to Carolina, the Vikings have been near the top of the Power Rankings after being really underrated for most of the season (they sat at the eighth spot for the longest time which basically was each national writers way of saying that they knew nothing of the Vikings outside of the fact that Case Keenum was the QB and they were the division leader which meant that they had to put them in the top eight, but that’s about it). Let’s take a look at what one of the rankings says about the Vikes today:

The defense pitched the shutout Saturday night in Green Bay to compensate for a mediocre outing by QB Case Keenum and the offense. The Vikings probably will enter the playoffs as the favorite in the NFC given the diminished state of the Eagles. But only slightly so amid the conference’s balanced field of very good but not quite great teams. 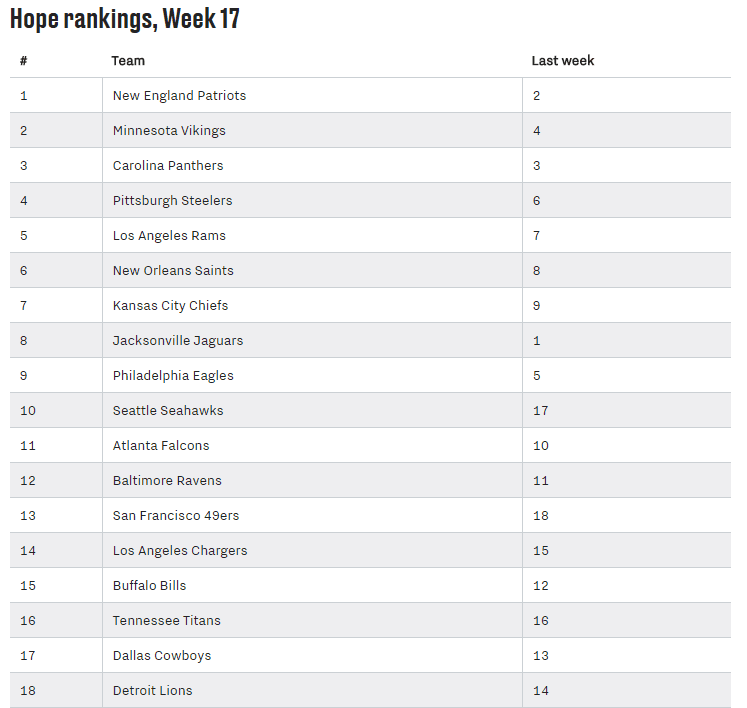 This Bleacher Report … Report puts the Vikes at Number Three (But still tops in the NFC):

It was an uninspired, lackluster win for the Vikings on Saturday. Quarterback Case Keenum wasn’t at his best, and the defense wasn’t as disruptive as we’ve seen. Because the game was cold and the field was soft, Minnesota’s team speed wasn’t as much of an asset against the Packers.

It wasn’t a great game for the Vikings, but I’m not going to let one subpar performance that still resulted in a 16-0 victory sway me from my belief that Minnesota is Super Bowl material.

Yes, the Vikings are a Super Bowl contender, even with Case Keenum at quarterback. Yep, they can win it with a quarterback who’s completing over 67 percent of his passes and has 21 touchdowns with just seven picks.

I’m saying Keenum is good. Got it? Thank you very much.

The lowest rating I could find was care of CBS Sports (Where purplePTSD OG Joe Oberle used to work for, so… Way to go, Joe!) who had the Vikings at SIXTH! Up from seventh last week… Really? That’s behind the Panthers, Saints, Eagles, Steelers and Patriots. Wow. They said:

Of course there’s a “Chance”, every team in the playoffs has a chance. Sure, the Packers game was uninspiring if you just saw the score and Case Keenum’s numbers, but if you actually think about it, that game was incredibly inspiring. It was freezing in Green Bay, Keenum is from Texas and so it took him awhile to warm up, literally. Considering the fact that this was a “meh” game from Keenum, you have to be excited to see that even without him playing at a high level this team not only won but basically dominated. That domination was care of the defense, who pitched the first shut-out against the Packers since the early 70’s. Some writers did catch wind of that, some didn’t. That’s fine.

Either way, it’s safe to say that the hype is real and that while I’m excited about that and the team in general, I’m also pretty terrified. My brother in law’s brother told me during our X-mas festivities that someone had told him the difference between Packers and Vikings fans was most apparent when each team was doing well. The Packers fans become cocky and obnoxious while the Vikings fans become sort of happy, at best. He wondered why that was and we came to the conclusion that it was because Vikings fans have been burned so many times that it’s hard to get fully invested in the hype. It’s a waiting for the other shoe to drop situation and while I’ve said, in writing, that I’m attempting to become fully invested and excited, I still have those feelings. It’s something I can’t control.

With the injury to Wentz and the fact that the Vikings have two (more than) capable QB’s backing up Keenum (in case of an injury) and the fact that the Vikings have the two seed (which is essentially the one seed thanks to Nick Foles) and the chance to play the Super Bowl at their own stadium, it feels like things are lined up perfectly for this team to win it’s first Super Bowl in franchise history. But then again, it’s also perfectly lined up for them to lose their fifth, at home, and to become the only NFL team to lose five Super Bowls. Only time will tell, but right now it does feel like this team is special, and it’s nice to see that the national media is finally acknowledging that.