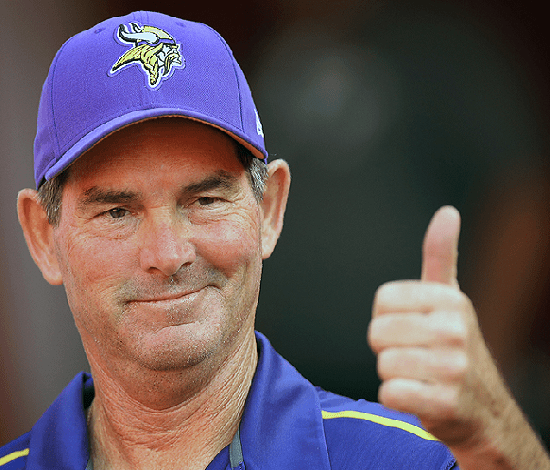 The Minnesota Vikings are about to embark on one of the most pivotal seasons in recent history, as they go into the 2020 campaign with more fresh faces at more positions than anytime in the Mike Zimmer era.

This was a Vikings team with amazing and rare continuity, but despite all of the All Pro or Pro Bowl players at more positions than not on defense, the Vikings were unable to get over the hump. Once the salary cap reckoning of the post 2019 season came, the team decided to start anew in the secondary, defensive line, and in the receiving corps (behind Adam Thielen), while staying pat at the safety, offensive line, quarterback and running back positions.

That means that no one really knows what to expect from the 2020 Vikings. That having been said, Zimmer turned a 3-13 unit into one that went 7-9, which was also the worst regular season record of any Zimmer-lead squad.

So, what do the peeps at purpleTERRITORY Media think about the 2020 Vikings regular season?

I’m writing this before seeing or reading any of the takes from my fellow purpleTERRITORY teammates, but I have a strong feeling that I’ll be in the minority here with this opinion.

The crux of which is as follows: If the 2019 Vikings, with the talent, the veterans, the continuity, and the grasp of Zimmer’s system… Not to mention the fact that the team had Stefon Diggs (and Thielen, when he wasn’t injured) went 10-6 and the team from 2018 with a healthy Diggs and Thielen went 8-7-1… How can we expect this team with rookies at key and especially difficult positions to acclimate to (in general terms, but especially in Zimmer’s system) to do better than that?

If the team had locked down some stud left guard, and kept Josh Kline, then perhaps I’d say that I felt that this local and national idea that the Vikings were on the cusp of making a deep run had some merit.

But when you cut Kline and replace him with PAT ELFLEIN, who says he’s more comfortable there (which is similar to what he said about moving from center to left guard), and replace Elflein with Dakota “I somehow didn’t replace the atrocious Elflein in 2019” Dozier, I have a feeling that the 27th-ranked pass blocking unit from 2019 might be the best possible outcome for the 2020 unit.

That isn’t to say that I’m totally down about Zimmer/Spielman 2: This time it’s starting out exactly the same. In fact, I am a huge proponent of offensive coordinator Gary Kubiak and his team, and am warming up to Justin Jefferson as well as some of the non-guards taken in picks 1-14.

I just feel like it’s unrealistic to expect this young team to surpass the 2019 unit this year. That having been said, they did score the biggest draft pick haul in 7-round Draft history and it is looking like all reports from camp are that players like Cameron Dantzler look amazing thus far.

But for a complex defense that is predicated on everyone doing their job so you can focus on yours, and one that is especially complex for corners, I have a feeling that unless the offense becomes a top-3 scoring unit, this could be the second sub-.500 team in the Zimmer era.

With the 10th-hardest strength of schedule (although that’s a flawed metric), the loss of their deep ball specialist and all around stud receiver Stefon Diggs (not ALL around, but you know what I mean), and the continued lack of investment on the offensive line, and you see where I’m coming from.

After a disappointing 2018 season in which the Vikings missed the playoffs entirely, they surprised a lot of people, including myself, by making it to the Divisional Round of the 2019 playoffs on the back of a top 5 scoring defense in the NFL and a breakout season for Dalvin Cook.

That said, the Vikings won’t get much chance to build on any resulting momentum as they enter the 2020 season with arguably the most question marks since Mike Zimmer’s arrival in 2014, with the majority on the defensive side of the ball.

The Vikings will be going into 2020 having lost 2 of their 8 Pro Bowlers from 2019, with both coming on defense.  In case you somehow forgot, Xavier Rhodes was selected to his third Pro Bowl in 2019 despite allowing the highest completion percentage (84.3%) on passes into his coverage amongst all cornerbacks who saw at least 50 targets into their coverage in 2019, according to Pro Football Focus.

The Vikings achieved addition by subtraction by cutting Rhodes in the offseason, and rookie cornerbacks Jeff Gladney and Cam Dantzler should realistically be improvements over Rhodes’ 2019 performance, but the additional losses of Mackenzie Alexander and Trae Waynes means the Vikings are entering 2020 minus three of their top four cornerbacks from last season, with second-year player Mike Hughes the lone incumbent.  The other absent Pro Bowler, Everson Griffen, leaves the Vikings with the 4th most sacks in franchise history and a gaping hole opposite Danielle Hunter on the Vikings’ defensive line.

Furthermore, the Vikings will be without Michael Pierce, the ex-Raven nose tackle who was signed to replace Linval Joseph and the only Viking to opt out of the 2020 season due to COVID-19. Even with the best safety tandem in the league returning, the flux of changes in the secondary and on the defensive line makes last year’s mediocre pass defense, ranked 15th in yards allowed, seem like the best case scenario for this year’s group.

The Vikings offense has more continuity than the defense, although that isn’t saying much.  They return four of their five “starters” on the offensive line, with the release of Josh Kline being the Vikings’ most confusing offseason move in my opinion.

Justin Jefferson, although undoubtedly exciting, will be hard-pressed to fill the void left by one of 2019’s best deep threats in Stefon Diggs. And new Offensive Coordinator will be forced to introduce a new offense without the benefit of training camp or preseason games.

While I am more confident in the Vikings offense than I am in the defense in 2020, it’s hard to imagine the Vikings offense looking the same as it did in 2019. Even if they do, they will be asked to shoulder a much greater burden than last year considering the likelihood of the defense taking a step back, and will likely be playing from behind much more.

Much like the NBA bubble, I fully expect the absence of fans and other COVID-related measures to affect each team differently, for better or for worse. Maybe Kirk will finally break through his prime-time jitters and win a Monday night football game, but I don’t see it.

The uncertainty of this season rings loudly, like the collision of shoulder pads in a fanless stadium. Every night I toss and turn pondering what the 2020 Minnesota Vikings will produce on the field this fall. Vivid dreams follow. Nightmares from 2009, and what I can only assume to be a fever dream that resembles the Minneapolis Miracle.

Here is my dream for the 2020 Minnesota Vikings; exceptionally strong play from the rookies and sophomores. The Viking draft class was a sight to behold, and one of the more memorable drafts of my lifetime. Viking’s General Manager Rick Spielman picked guys that have the opportunity to come in right away and contribute at a high level. There is also a ton of momentum from the 2019 draft class as well. If Justin Jefferson,Irvin Smith Jr., and one of the rookie cornerbacks have successful seasons, I believe the Vikings will too.

All three of those positions WR, TE, and CB will be instrumental as to how this team will fare when it’s time to kick-off. Jefferson has large shoes to fill, and if he is not a focal point in this offense I will be surprised. But making up for the Diggs sized hole may be impossible. Smith has the opportunity to explode if used correctly this campaign. My dream is for the new guys to play well, but throwing all of my hope into the young guys may prove fruitless however.

If I was a betting man, (I am) I would choose to throw all of my chips into the Kirk Cousins Basket. You won’t catch me shouting his name from the rooftops, but I will advocate for the Minnesota Viking who will be entering his third year a part of the club. One of the things heard so often this time of year is the comfort level of Cousins with the Minnesota playbook. He has experienced a great deal of inconsistency in terms of offensive scheme and the revolving door that is the Viking’s offensive coordinator position. With Kubiak already committing to a similar styled offense that we saw last year, I feel Cousins will be that much more acclimated to his job.

Consistency at the quarterback position is huge and what I believe to be the most important part of this football team. One could argue that the new look defense will be the focal point of this team when we collectively look at the record a year from now. Zimmer has always been the wizard of NFL secondaries, but expectations need to be rational while welcoming in a draft class that featured five secondary playmakers. The defensive line is also something abound with question marks. Including Danielle Hunter’s absence from the early part of camp.

I’ll be honest, I have changed my mind like six times while writing this. I wish so badly to see the purple in an NFC championship game. Hell, I’d tie my hands behind my back, put a target on my crotch, and give a 27 year-old Brett Favre a couple ballbusting throws just to sniff a Super Bowl. Unfortunately I like my balls, and Favre is 50. With the large turnover on defense, and an offense that would have to play out of their mind to compete in a loaded 2020 NFL league, I just don’t see your 2020 Minnesota Vikings as true contenders this year.