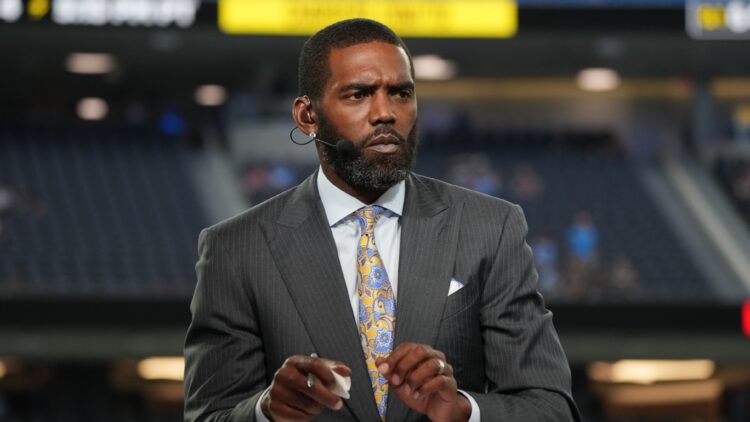 If you talk to Vikings fans who are north of 30 years old, they’ll likely tell you that Randy Moss was the best player they ever saw. There’s very little debate that Jerry Rice is the best WR in NFL history; Moss was the most talented. On Thanksgiving more than 20 years ago, Randy Moss absolutely torched the Cowboys secondary.

A 54-yard average per catch isn’t too bad, especially since every one of them went for a TD.

Lately, much of the focus has been on Justin Jefferson, arguably Minnesota’s most talented receiver since Moss. The sophomore has been putting up enormous numbers, even surpassing many of Moss’ team records. He has a long way to go, but the kid is incredible. It’s possible he’ll one day be spoken about in the same way Vikings fans discuss Moss.

In the Thanksgiving video, you’ll hear the announcers explain that the strategy for Randy Moss is merely to throw the ball far down the field. His size-speed-athleticism combo was almost always better than everyone on the field, so the Vikings were wise to not overthink it. There’s a lesson in there for the current version of the Vikings.

These past two weeks, we’ve seen the Vikings similarly return to common sense football. Instead of overthinking things, Klint Kubiak has featured Jefferson in the intermediate passing game. Recently, Vikings.com explained that Kirk Cousins has been thriving on passes within the intermediate area of the field. They note that “Cousins was 7-for-7 with 165 yards and a touchdown on intermediate passes.” Can’t do much better than that, folks. It’s almost as if partnering a receiver who is nearly unguardable within the intermediate area of the field with a passer who is almost always accurate in that area is a good partnership. Oh, and let’s not forget that Adam Thielen is still a borderline-elite WR.

If Vikings history is your thing, I published a piece that features Mick Tingelhoff flying into a fight to defend Fran Tarkenton. It’s worth a read, if I do say so myself. Otherwise, just enjoy the great Moss video.

From everyone here at Purple PTSD, we wish you all a wonderful thanksgiving.