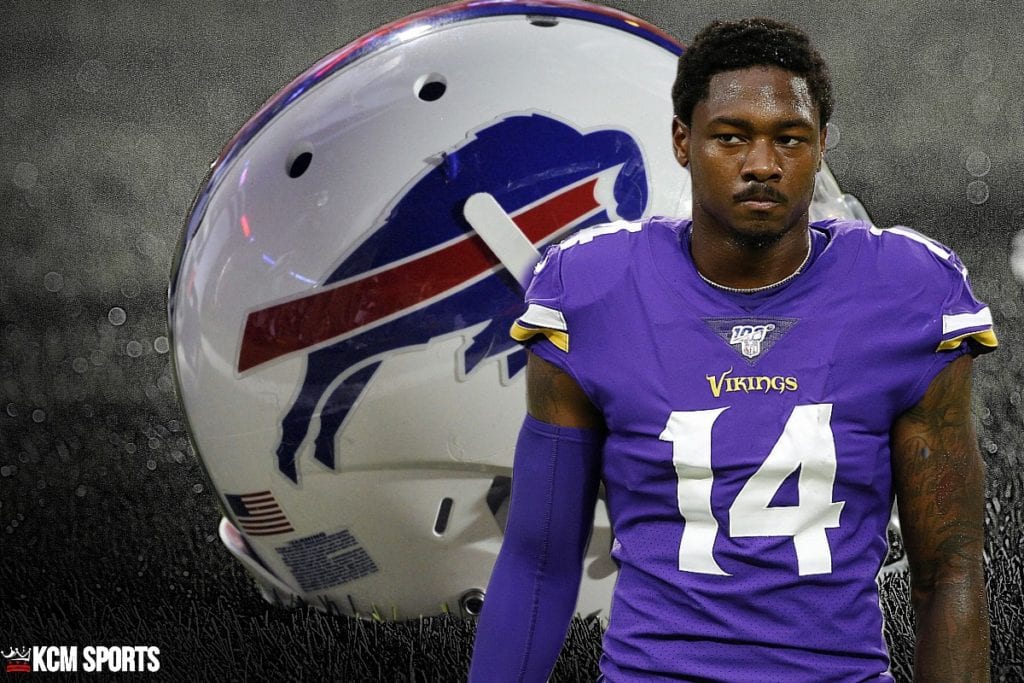 File this under things we have to get out of the way.

Mercurial former Vikings (and soon to be former Bills) wide receiver Stefon Diggs has been spotted and filmed catching balls in a Bills helmet. It might be a painful site for some Vikings fans, myself included, but keep in mind that Diggs was the most vocal wide receiver per yard actually caught in team history.

What do I mean by that?

Diggs wasn’t some 1,500 yard per season guy. Could he have been with more consistent quarterback play? Possibly. But, it took a long time and a ton of balls to get him over the 1k mark, ao considering the amount of bitching he did and how many receiving yards he actually compiled, his headache v. Impact ratio was pretty bad.

Much like seeing your ex-fiance drive by with your former boss in his 1985 Pontiac Fiero, this video invokes palpable sadness and anger, especially as you know that Bill and his Fiero aren’t the right fit for her and that they’re in store for a pretty messy breakout in 18-24 months.

But like this the mystery woman in this analogy (which clearly is so specific that it had to have happened to me)… (S)he is (the) Bill(s) problem now.

That’s what we’re here for. To start our readers’ days out with a punch to the gut. Sigh.