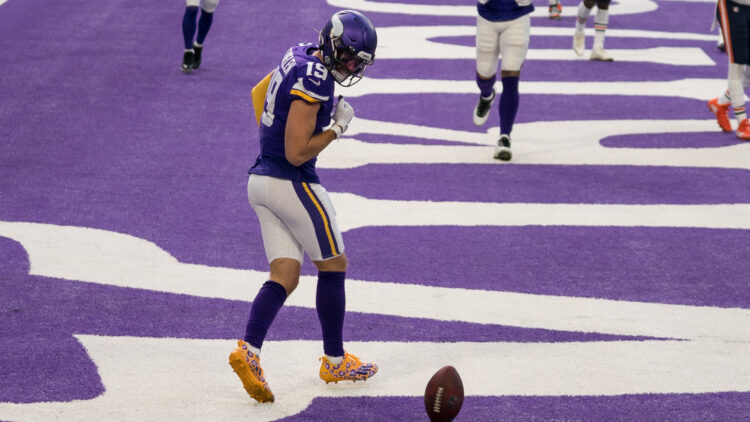 Purple PTSD works alongside Vikings Territory. Every so often, we highlight what’s going on over there so that Purple PTSD readers can get a sense of what VT has been discussing. Take a peak at three of their pieces from the early part of the week.

Quotable Quote: “Thielen also isn’t taking a demotion. Once again in Minnesota, he’ll snatch the franchise’s WR2 duties behind Justin Jefferson but remains firmly ahead of K.J. Osborn, who blossomed as WR3 in 2021. In fairness to fantasy heads, Thielen hasn’t accrued 1,000+ receiving yards in a season since 2018. Yet, when Thielen’s yardage production slowed for unknown reasons, his redzone exposure and subsequent touchdowns spiked — almost like a seesaw.”

Quotable Quote: “Take a pencil and attempt to carve the Minnesota Vikings roster to 53 names. The task is daunting.”

Article #3: In Focus: Expect Lions to Be Competitive

Quotable Quote: “A record of 3-13-1 might not look good on paper, but after some narrow defeats and a tie with Pittsburgh, they won three of their last six games. It felt like a turning point to me. The Lions were largely competitive and played a tough brand of football under new head coach Dan Campbell. You could see a team fighting for their coach but wasn’t used to winning, and that showed up in some key moments.”