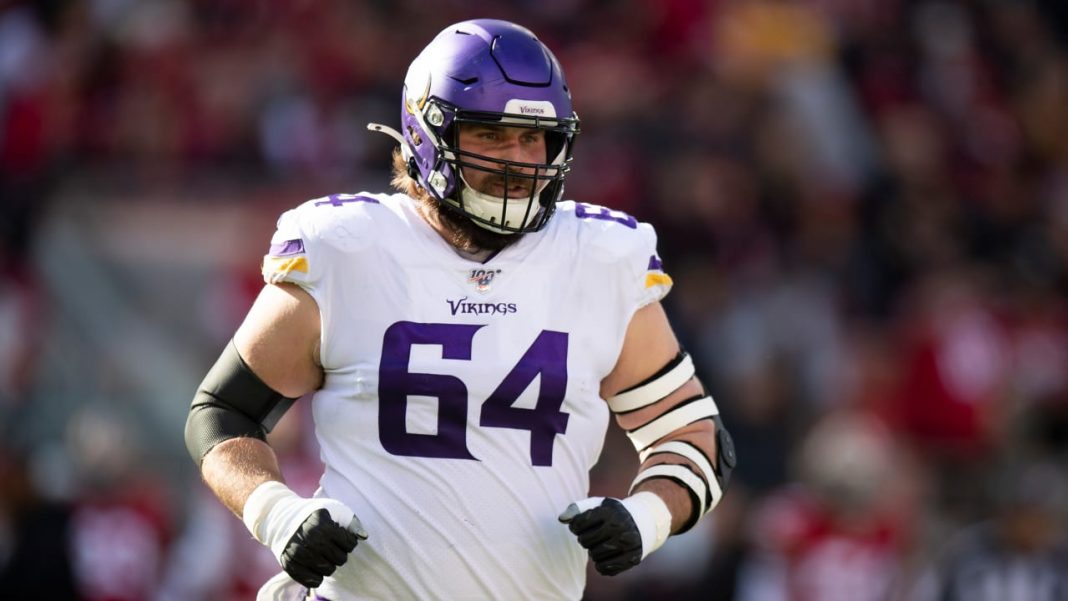 If there’s one consistent narrative from season-to-season since the Vikings hired Mike Zimmer as their latest head coach in 2014 it’s the offensive line (with the quarterback play notwithstanding). Now, some will argue the offensive line wasn’t as bad as it looked in 2019, but regardless it looked terrible at times, and considering the lack of moves they’ve made to correct the weakest part of the weakest position group on the team this off-season, it’s definitely worth looking at further.

As alluded to in the intro, in 2019 the Vikings’ guards were awful, especially former center Pat “I feel more comfortable at guard” Elflein.  Josh Kline was so good he’s gone and Dakota Dozier was okay in reserve. This is a narrative that has been in place since Joe Berger retired and Nick Easton got injured/left, with Mike Remmers and Tom Compton being historically bad at the guard position before the Elflein/Kline combo.

Sure, they were better than Remmers/Easton, but anything would be. It’s additionally disconcerting that Kline (who along with Brian O’Neill was the only bright spot on the line) was let go to save $1.4 million and to increase “athleticism” on the line.

At the tackle spots; Riley Reiff is mediocre at best and very overpaid on a cap-strapped team and while some think he may move to guard in 2020, you don’t pay that kind of money for an okay guard (assuming Reiff doesn’t become Remmers 2.0, which is a strong possibility since Reiff hasn’t played guard since half-his-lifetime ago). The obvious bright spot was at right tackle with second-year man Brian O’Neill building on his surprisingly great rookie campaign and showing that the Vikings should be set at the right tackle spot for the next decade-plus (unless they move O’Neill to left tackle).

At center, Garrett Bradbury had some rookie hiccups which were disappointing considering where he was drafted, but I think he will be fine going forward, especially if/when the guard play around him is improved. With O’Neill and 2019 first-round pick Bradbury, are a pair of linemen who give the Vikes an opportunity to build a good line. If you threw Josh Kline into that mix, you’d have essentially one glaring need on the line (as opposed to two, or three). When you take into account the hype surrounding 2020 draft pick Ezra Cleveland, then perhaps the line wouldn’t be something that elicits fear in the hearts and minds of most Vikings fans.

But that isn’t the case.  Instead, most of the football gurus have a starting line of LT Reiff, LG Elflein or Aviante Collins, Bradbury at center, RG Dozier, and RT O’Neill. All things considered, I don’t think this is much of an improvement of the 2019 unit (which should frustrate everyone who watched soon-to-be $45 million dollar man Kirk Cousins really only be able to execute the passing offense from outside the pocket (or where the pocket normally would be).

If you listen to the coaches they went out of their way to praise the play of last year’s rookies Oli Udoh and Dru Samia. I think Udoh moves from LT to LG if the Vikings second-round pick Erza Cleveland is as advertised and takes the LT job from Reiff, otherwise, Udoh may start at LT. He handled Khalil Mack in the week 17 Chicago game and that’s saying something. Dozier and Collins will be backups and I think Kyle Hinton will be a backup C/G on the active roster as well.

However, I do think that if these youngsters work out as planned then that could/should allow either/both Reiff and maybe Elflein are traded or cut (which would add more to the Vikings’ already league-leading dead cap hit in 2020, but would still open some much-needed cap space). The Vikings may get a day three pick for each of these players as some team in need of offensive linemen at the end of training camp will want to give them another shot (especially Reiff, who was relatively highly touted when the Vikings signed him to the massive deal he’s now under).

I think with these new young talented linemen the Vikings o-line won’t be so offensive this year… But that requires a pretty big jump in terms of their development, something that will have to be seen to be believed.