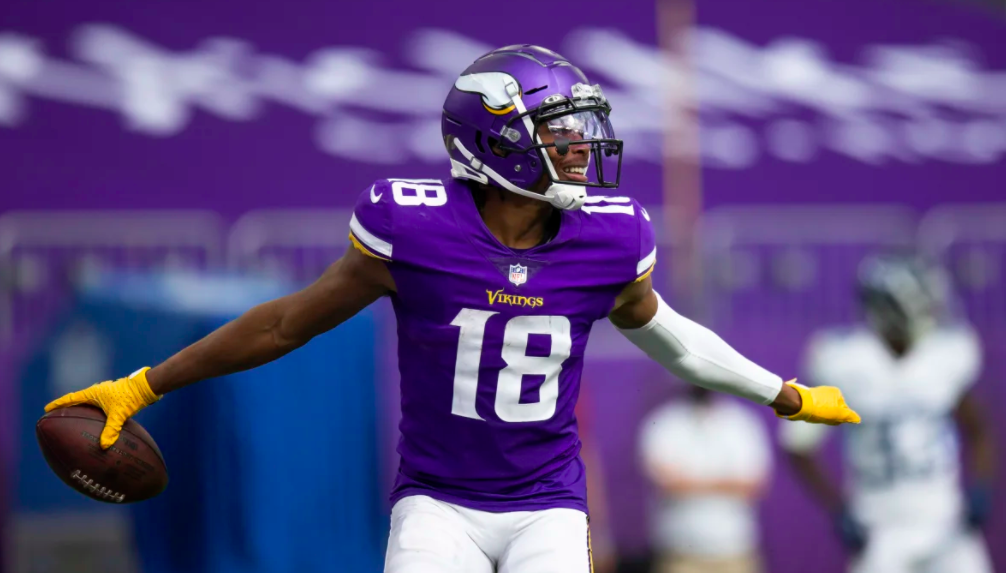 Justin Jefferson has made a name for himself quite quickly in the NFL. The former LSU wide receiver went from a late first-round rookie to a Viking fan favorite and one of the best pass catchers at the pro level in what feels like a blink of an eye. Is it shocking though given the Vikings history with rookie offensive talent?

Since 1998, three Minnesota Vikings have earned the Associated Press Offensive Rookie of the Year award. In that time frame, no other team has had more than two players in the award. Jefferson can join Randy Moss, Adrian Peterson and Percy Harvin from that group.

However it’s not just them. Chuck Foreman won the AP award in 1973 after leading the NFC champion Vikings in rushing. Minnesota took Sammy White, a wide receiver from Grambling State in the 1976 draft. He proceeded to be Fran Tarkenton’s favorite target, leading the team in receiving yards and touchdowns. Teddy Bridgewater was a co-winner in 2014 for the Pepsi edition of the award.

Much like Jefferson, these rookie seasons aren’t just good, they’re great in their own regards. Jefferson, who has already been named to the Pro Bowl in his rookie year, is on pace to finish inside the top 10 in receiving yards despite having little involvement in the Vikings first two games.

Moss led the league in receiving touchdowns with 17 in 1998, a rookie record that still holds today. He only caught 69 balls that season, yet finished third in receiving yards and fifth in yards per reception. Those aren’t records still, but it’s crazy to look back at a non-pass-first league and how efficient he was as a rookie.

Then there’s Peterson who set the all-time, not just rookie record, for most rushing yards in a single game. His 296-yard performance against the San Diego Chargers came in just his eighth career game. Peterson finished as second as a league leader in rushing yards and touchdowns just behind the great LaDainian Tomlinson.

Harvin did it all in his rookie season. Much like the rest of his career, his ability to catch, run and return added an element to a Minnesota team that made the NFC Championship team back in 2009. His 2,081 all-purpose yards set a franchise record until Peterson broke it in 2012. Harvin also added eight total touchdowns in 2009.

Jefferson could easily join the likes of Foreman, White, Moss, Peterson and Harvin by bringing home the AP Offensive Rookie of the Year. Even if he doesn’t, it’s another testimony to the historic success that the Vikings offensive rookies have throughout the franchise.