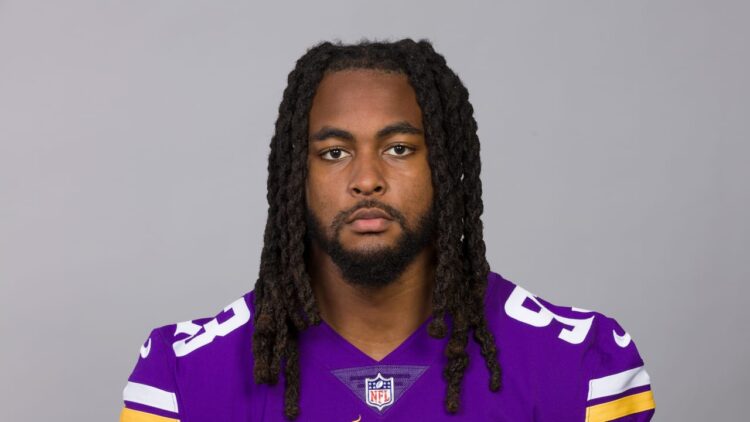 About two weeks before the 2020 season began for the Minnesota Vikings, general manager Rick Spielman executed a trade that sent his 2021 2nd-Round draft pick and 2022 5th-Round pick to the Jacksonville Jaguars for EDGE rusher Yannick Ngakoue. In April, the Jaguars turned this draft selection into Walker Little, an offensive tackle from Stanford.

The Ngakoue experiment in Minnesota was two things: underwhelming and brief.

The Vikings either recognized that Ngakoue didn’t like life in Minnesota, realized he didn’t fit the scheme, or worried he would not re-sign with the team the following offseason. For one or some of those reasons, Spielman flipped Ngakoue to the Baltimore Ravens for a 3rd-Round pick in 2021 and a 5th-Rounder next spring. Ngakoue encountered another short stint at his new destination, opting not to re-up with the Ravens last March. Instead, he sets sights on Las Vegas, donning the Raiders’ silver and black for 2021.

The acquisition of Ngakoue to the Vikings — it was celebrated at the time — is now classified as a Spielman folly. That list isn’t very long, but Spielman detractors never miss a moment to chide the Vikings boss man for the drafting of Christian Ponder and Laquon Treadwell, normallly ignoring the positive transacations that he has enacted. And now Ngakoue is on the naughty list.

But what did the Vikings get in return? Easy — Patrick Jones II from the University of Pittsburgh. He was the direct compensation for the Yannick Ngakoue trade.

It is unclear if Jones II will start in 2021 on the right side of the Vikings defensive line. Minnesota has signed no DE free agents other than Stephen Weatherly, so he [Weatherly] is probably the guy to start out of the gate — not Jones II. However, Weatherly is not the ilk of player to strangle-hold a roster spot, meaning an impressive camp could secure the job for the rookie Jones II.

Here’s the draft skinny on Jones II, per Joe Marino of The Draft Network:

“Pittsburgh defensive end Patrick Jones II takes his talents to the NFL after a strong junior and senior campaign where he racked up a combined 24 tackles for loss and 17.5 sacks in 22 games. Jones II is a balanced defender, capable of making an impact as a pass rusher and run defender but he doesn’t offer much in the way of scheme-versatility—he’s a 4-3 defensive end with almost no experience in a standup role, dropping in coverage, or playing on the interior. As a pass rusher, Jones II is hard-charging out of his stance and brings a good variety of moves to the table. He’s a smart run defender that competes for his gap, processes quickly, and understands how to counter blocks. The concerns with Jones II entering the next level is his lean frame, modest length, and the need to continue developing his hand technique. Jones II has the upside to start in the NFL and command a majority of the snaps in an even front defense.“

You can start the comparison train because Ngakoue and Jones II — for anybody that cares — will be linked in the story of Vikings history. It is a matter of pure coincidence that the two play the same position.

During his puny stretch with Minnesota, Ngakoue notched five sacks before his exodus. That led the team in 2020, believe it or not. The second-closest sacker of quarterbacks in 2020 was Ifeadi Odenigbo (3.5), who now plays for the New York Giants.

If you’re keeping score at home, Jones II must be worth a 2nd-Round draft pick for Spielman to fully salvage the Ngakoue misadventure. Too, monitor the Vikings activity in the 5th Round of the 2022 NFL Draft. That is when Spielman receives the final component of the trade puzzle from Baltimore.