purplePTSD.com
Home Opinion Analysis The Vikings are on the verge of an identity crisis 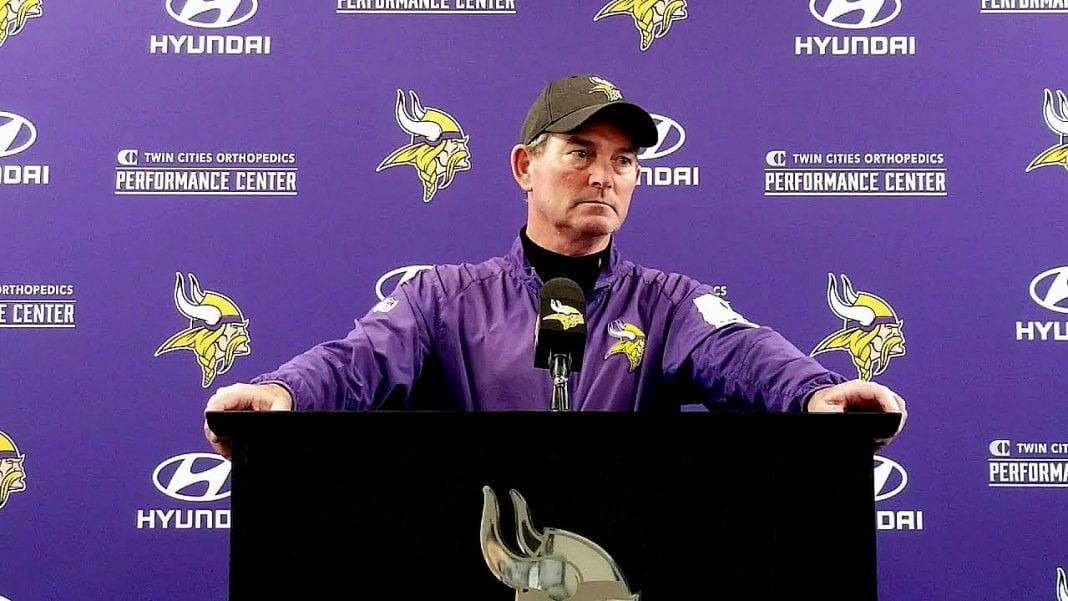 Vikings General Manager Rick Spielman and Executive Vice President of Football Operations Rob Brzezinski have worked incredible magic in the past with negotiating salaries, but this off-season seems to be one of the largest cap problems they have faced thus far. This isn’t a matter of extending a few contracts and utilizing signing bonuses to kick the can down the road to free up cap space. This is much bigger.

How will they choose to navigate with their current non-existent cap space while keeping the team competitive?

Now, let’s run through the current cap space for the Minnesota Vikings: -$12.3 million

If you didn’t process that correctly let me reiterate. The team is currently $12.3 million OVER the cap with 18 free agents, not even factoring in the $3 million they need to clear to sign their upcoming draft class. While some names on that list are clearly more important than others, the fact remains the Vikings have 18 free agents and are essentially $15 million over the salary cap.

Re-tooling the defense is a major cause for concern, and big changes on that side of the ball seem to be inevitable. What is the future for Everson Griffen and Linval Joseph? Which, if any, cornerbacks will they re-sign? Will they retain Anthony Harris and his deservedly inflated price tag after a career year, or will they let him walk and replace his vacancy through the draft?

The defense is a major cause for concern, and rightfully so, but not much has been said of the offense outside of the offensive line. Barring extensions, Kirk Cousins and Dalvin Cook are free agents next year, and there is also an on-again off-again disgruntled star receiver on the roster in Stefon Diggs.

Do the Vikings want to follow the 49ers blueprint and focus their money and energy on building an offensive line, forgoing star players for a more balanced overall team?

Or maybe they want to change their philosophy and try their hand at becoming an offensive powerhouse?

The Minnesota Vikings need to sit down and ask themselves some crucial questions this offseason about where this team is headed, and what they want their identity to be.

And it starts with the quarterback.

Finally, the weight has been lifted from the shoulders of Kirk Cousins. A cold-hearted opening drive in overtime highlighted by a perfectly placed 43-yard pass to Adam Thielen elevated the Vikings to a victory on Wild Card Weekend in New Orleans – and gave Kirk Cousins his first playoff win. Pundits across the country can no longer say “Kirk Cousins cannot win when it counts”, but the unfortunate reality is they can now say “Kirk Cousins is extremely inconsistent.”

When things are going well for Kirk Cousins he looks like an elite quarterback. He is a pocket passer in every sense of the word and when the play action is working – he is locked in. With the fifth best play action passer rating in the NFL last year, Vikings fans were treated to quite a few deep passes – and victories – last year stemming from opposing defenses biting on the run.

However, when the pocket consistently breaks down, when the opposing defense is playing well, or if the running game can’t get any traction, he has a hard time overcoming the odds and willing his team to victory. Everyone is aware of his record in prime time that Cousins’ doubters love to throw out.

The most rabid Cousins supporters will say, “How can he win a game when the defense gives up 30 points? It’s a team game!” While very true, putting that blanket statement on every loss and absolving him of any responsibility is extremely disingenuous.

At the end of the day Cousins is a good quarterback, but the Vikings must decide if he is worth the price tag.

Cousins is smart. He is a shrewd negotiator who used the New York Jets as leverage to increase the Vikings’ offer when he was a free agent at the start of the 2018 season, and will no doubt wait until free agency in 2021 to commit to a new contract. He sees Jared Goff’s $35 million a year contract and will be seeking something equivalent.

We will have to see how Cam Newton performs after his nearly season-long injury, but as of now Kirk Cousins is by far and away the best quarterback on that list and he intends to be paid as such.

Cousins is a pocket passer. When he doesn’t have a pocket, bad things happen. Are we sure the Vikings want to commit $30+ million to a player who only plays up to his contract when everything else goes right?

Or do they decide to select a promising quarterback in this years draft with the hopes of taking the reigns after Cousins’ contract is over?