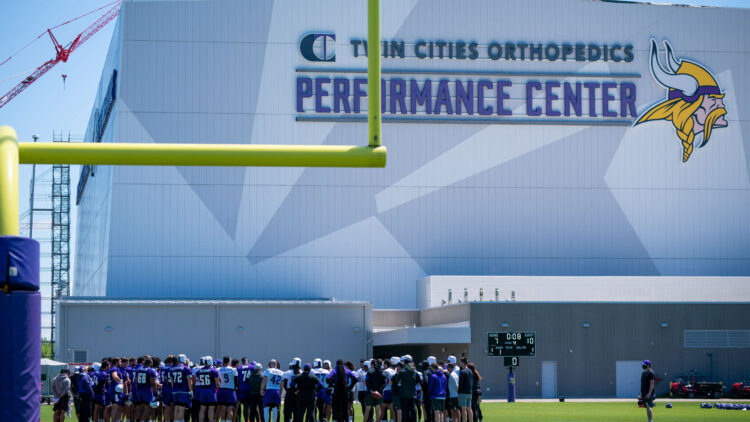 The why for this series of defensive flubs is likely attributable to injuries — Danielle Hunter, Michael Pierce, Anthony Barr, Eric Kendricks, and Mike Hughes — all missed gobs of time. Either that — or head coach Mike Zimmer suddenly fell inept for coaching defense. Which scenario is more plausible? Injuries actually matter? Or Zimmer forgot how to coach a defense? You pick.

He also came to terms with cornerback Mackensie Alexander, who played for the team between 2016 and 2019 before a sabbatical to Cincinnati with the Bengals. Now, Alexander is back, and his presence is underrated at the moment.

Bleacher Report called Alexander’s addition back to the organization as the team’s smartest offseason move. Maurice Moton of BR said of Alexander’s return:

“The Minnesota Vikings had to address their pass defense, which ranked 25th in yards and gave up 30 touchdowns in 2020. The club also has a cornerback with an uncertain future. Mackensie Alexander played his first four seasons in Minnesota and then signed a one-year deal with the Cincinnati Bengals last offseason. He’s back with the Vikings, and they need him. Second-year cornerback Jeff Gladney faces two-to-10 years in prison if convicted for third-degree felony family violence assault. Last season, he lined up as the primary slot defender in several contests. Even if the 24-year-old doesn’t serve time in prison, the league could suspend him. While no one knows how Patrick Peterson will transition from the Arizona Cardinals to Minnesota, the Vikings have a better projection of Alexander’s fit in their secondary. Between the 2018 and 2019 terms in Minnesota, he allowed just two touchdowns with passer ratings below 85 when targeted.“

Also of note — Alexander returned on the dinkiest of deals. He signed at the veteran minimum, ensuring the Vikings have more funds to allocate elsewhere. His value for 2021 is absolutely tremendous.

Second-year cornerback Jeff Gladney is embattled in legal brouhaha in Texas. His status for 2021 is wildly uncertain. Gladney’s potential crimes had not transpired at the time of the Alexander signing, so the move then felt like gravy and depth. But now it’s more than that. A possible no-Gladney Vikings ordeal bolsters the importance of Alexander’s existence on the depth chart. It’s invaluable, in fact.

What’s more, because Gladney will probably miss games, the Vikings are “one injury away” from encountering suspect depth at cornerback. Again, Alexander will serve as a stop-gap in that hypothetical scenario — he can start if called upon. The 27-year-old started 10 games in 2020 with the Bengals. He’s battled-tested.

Then, there’s the Zimmer familiarity. Alexander is trustworthy — the team knows what they’re getting with his skillset based on past performance. He’s insurance, a version that will be frequently utilized in 2021.

His Pro Football Focus resume is not elite, but it’ll do the trick in a revamped Vikings defense:

Alexander will face his old team, the Bengals, when the Vikings travel to Cincinnati for a Week 1 dance in 101 days.