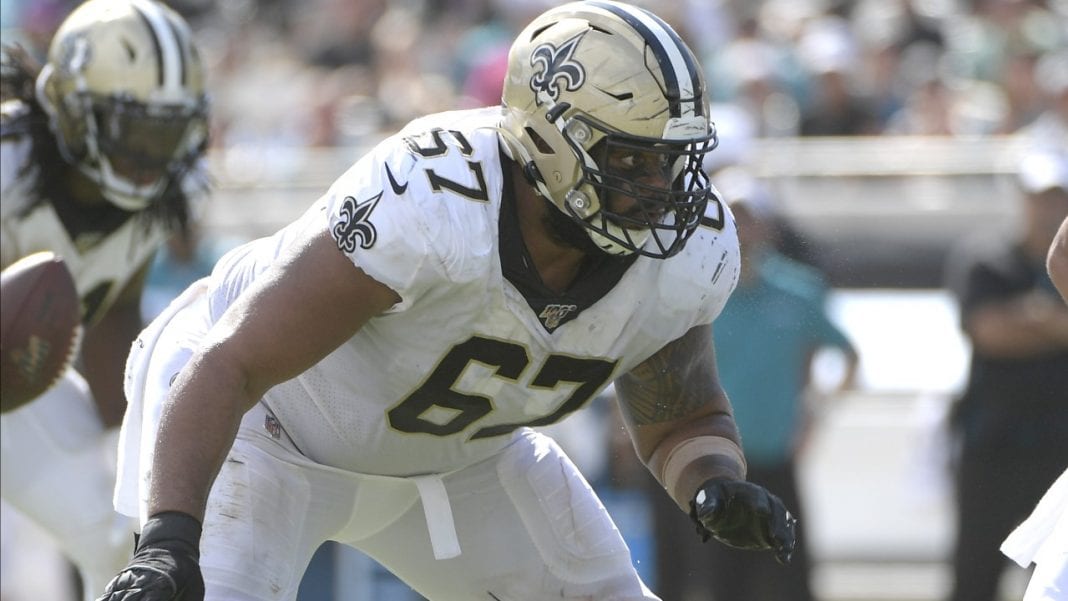 The New Orleans Needs to Cheat to Win Anythings made waves in the NFL recently when they released three-time (alternate) Pro Bowl right guard Larry Warford. Warford would be an immediate upgrade to anything the Vikings currently have on their roster (Dru Samia and his sudden gigantic fan-base in the comments section of every Vikings/Warford article, notwithstanding), though, so it’s essentially a due diligence situation when it comes to analyzing whether or not the Vikings should sign Warford in 2020.

So, let’s do that, with the understanding that according to those with much more access to the team than I have said that the Vikings not only have zero interest in signing Warford, but they’re also apparently set at the position group with confidence in players already on the roster.

I know the Vikings won’t sign Warford, but I’m here to make the argument that they should. I won’t focus on his Pro Bowl status as he was an alternate for most if not all of his appearances, including his 2020 appearance. While that should let you know that he’s at least better than the options (or lack thereof) that the team has now, this is the internet and I’m not interested in getting bogged down in an argument over meaningless appearances in meaningless games.

The crux of the Warford argument, at least for those opposed to the move, is that he’s not built for the zone blocking scheme that the Vikings use. But, spoiler alert, neither was recently released right guard Josh Kline. Kline, I’ll remind you, was extremely efficient on the right side of the line while playing next to stud right tackle Brian O’Neill, and while he wasn’t the most athletic guard in the league, the difference between what the team did with him and what they did without him (when he missed three games thanks to multiple concussions) was palpable.

I wrote an article essentially pointing this out when analyzing the 2020 Draft. That article was titled ‘Vikings 2020 Draft Recap: Expecting Different Outcomes from the Same Behavior [pt 2]’. That piece pointed out that despite his apparent inability to operate in a zone-blocking scheme (which means, according to the same people saying that Warford would be a waste of money, he wasn’t good at second-level blocking, or pulling around the edge on screen passes), the Vikings run game was AWFUL when Kline didn’t play.

Look at the average yards per carry that Dalvin Cook had in 2019, from the above-mentioned article about the 2020 Draft:

“The second game was the Eagles game, where Cook had 16 attempts for 41 yards (an average of 2.6). If you think that’s not an aberration, take a look at the games before and after the Bears and Eagles games (in terms of Cook’s yards per carry average).

The three games that Kline missed? The Bears, the Eagles and I’ll let you guess the third (hint, it rhymes with Troncos).

I mean, if Warford is an UPGRADE to Kline, and the Vikings’ line was damn near top 5 in terms of run blocking and Warford could also help the line move up from its atrocious pass blocking ranking (as the 27th ranked unit in the NFL), then why wouldn’t the team look at signing him so they can focus on using everyone’s new favorite guard, Samia, on the left side of he line?

Keep in mind that Kline was backed up by the players that apparently are good enough to not warrant any outside investment in the guard position.

Sure, Warford would be expensive and this article perhaps is an argument more for bringing Kline back than signing Warford for around $7.5 million in 2020, but the point is… Well two-or-three-fold. We’ve heard before that the Vikings had all the players they need on the line, and we’ve seen where that leads.

But my point is that the same logic for not signing Warford should’ve been the same reason for not signing Kline last season, and I seem to recall basically every Vikings writer and fan balking when the Vikings surprisingly released Kline earlier this off-season as everyone agreed (at least then) that the right side of the line was the only bright spot this unit/team had.

That move makes it clear that they won’t sign Warford, as clearly they want a more “athletic” line. But, I’m here to say that Kline (and O’Neill) were the ONLY bright spots on this line last season and I’m sorry if I’m not sold on Dru Samia suddenly going from third on the depth chart to being good enough to ward off guys like Warford, considering that the team hasn’t SEEN Samia this off-season thanks to things like COVID-19 and … How the off-season works.

Beyond that, the Vikings have used players who aren’t “athletic” before. Sure, people paint Kline as an unathletic player, but he did end up with a RAS (raw athletic score) of 7.66 out of 10 (a full 0.9 behind Josh Kline, who came in at 7.75). Sure, Warford scores a 2.1, which is significantly lower than Samia or Kline, but Ost Elflein and Dakota Dozier both score in the 2s (which, I get, doesn’t strengthen my argument per se (as Elflein was a disaster at left guard), but this combined with the Kline signing proves that the Vikes have drafted, moved tackles and signed less than super athletic players at guard in recent years. But suddenly an actual stud sub-30 guard is available and everyone is saying the Vikings shouldn’t because he doesn’t fit some non-existent mold?

Imagine how much better we’d all feel if the Vikings signed Warford, who is only 28, to anchor the right side with the tackle of the next decade plus? The 10th best guard in the NFL (in 2019 according to PFF) to helm the right side of the line?

If our only concerns with this line were Bradbury’s development and the battle for left tackle? Instead, we have to hope that guys like Oli Udoh and Dru Samia can pan out and perform better than Pat Elflein and Josh Kline did in 2019. Considering, I just don’t see how the team can be this confident in that fact right now.

So, maybe Warford’s apparent asking price is too high for the Vikings and their under $13 million in cap space. But I think it’s a bit disingenuous for people to act like an UPGRADE over Kline wouldn’t be AMAZING for this Vikings team (a team with gigantic holes at both guard spots), and that somehow Samia is everyones favorite guard considering his inability to even rise to the rank of back-up guard on a line that had Kline (who by the logic behind not signing Warford, should’ve been awful in 2019).

Let me explain my line of reasoning this way, if Kline (like Warford) wasn’t athletic enough to do things that Gary Kubiak/Rick Dennison wanted in their zone-blocking scheme, and Samia wasn’t good enough to not even supplant Kline, but be his BACK UP in 2019, then what has changed in the months since the season ended considering that… Nothing has changed?

Instead, this all seems like wishful thinking from a team that has clearly relied on that HEAVILY in the past. When, as this article has shown, all of the reasons NOT to (outside of the financial aspect) don’t seem to hold any water.

– The team only uses “athletic” lineman! Except Elflein, and Dozier, and Kline.

– The line already has the answer at guard on the roster!

Because right now I’m seeing more of the same from the team, those that cover it and those that root for it.

How has that worked so far?

Let us know your thoughts below in our message board! You can create an account by clicking HERE!