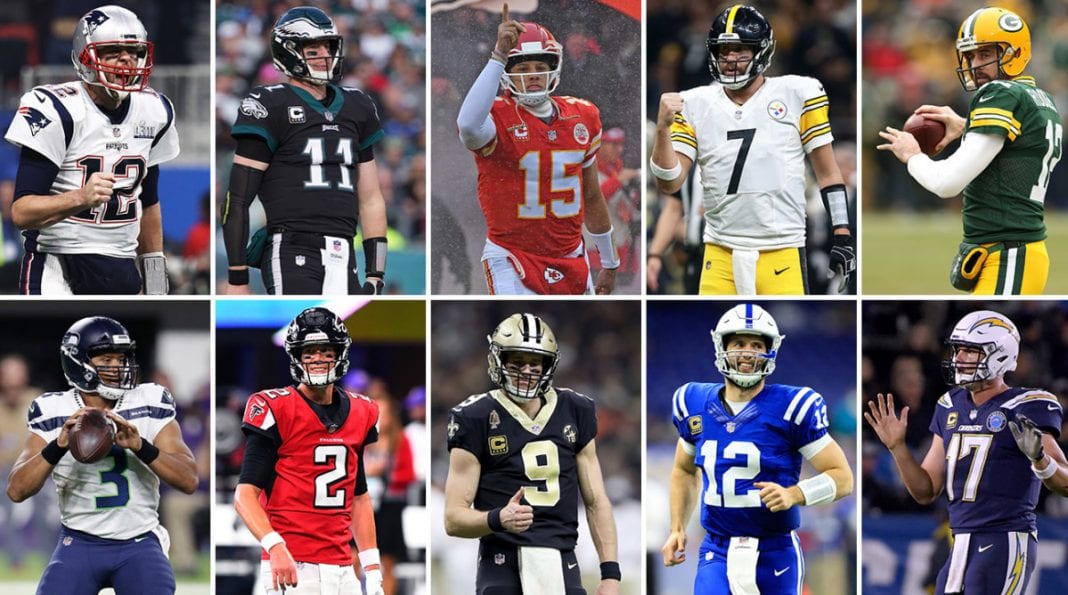 First was The Dating Game, then came The Newlywed Game, then The Bachelor…

Dating shows are the widely viewed and widely imitated type of ocular junk food that keeps the masses coming back for more.

In the nicest of iterations, contestants are politely rejected and the main contestant continues on their journey for “love”. In the rudest iterations, like (my personal favorite) MTV’s “NEXT” which aired from 2005-2008, contestants have their heart and soul ripped out and shown to the crowd like an Aztec sun ritual sacrifice.

In a perfect mixture between “The Bachelor” and “Apocalypto”, contestants pull up in a tour bus, one by one emerging to the main contestant standing outside. They go on a date, and if, at any point, the main contestant gets bored with the date or doesn’t feel a connection, they yell “NEXT”, and the potential love interest is discarded like Brock Osweiler. Half of the time contestants don’t even get down the tour bus steps before the main contestant banishes them with a very comedically-timed “NEXT!”

The newest blind dating show that has slithered out of the Hollywood laboratory is a Netflix project called “Love is Blind.” Hosted by Nick and Vanessa Lachey, the show follows 30 individuals as they attempt to gain a connection with each other separated by a wall. The goal is for contestants to fall in love with each other without focusing on appearances.

As much as I despise that show, everyone could have something to learn from the concept they are pushing. Especially football fans.

How many times have you been at a bar, or a party, or even your own living room, and someone is going on and on and on about how they don’t like a certain player? The player is too slow, lacks skill, doesn’t have the “it” factor. When pressed about exactly why the likely inebriated Rhodes scholar doesn’t like that player, they respond with some version of, “They are just trash, man.”

Although, at the end of the day, this is a natural behavior for the majority of fans. They feel the need to pick out someone they hate. A player they can set their crosshairs on and zero-in on no matter the situation or circumstance. “Oh, he threw for 350 yards and 3 touchdowns? And the defense gave up 35 points? Well, he threw an interception in the third quarter so the loss is on him. We should bring back (insert ‘washed-up quarterback who had a good year two years ago with the team’ here).”

I say it is time for fans to do some comparison without knowing what is on the back of the jersey. Let’s lower the crosshairs, take a step back, and judge players on their stats, their supporting cast (or lack thereof), and career history rather than their name.

So today, for the first time ever, I have gathered four of football’s most eligible quarterbacks. Four quarterbacks with similar stats, but different team scenarios for fans to evaluate without bias.

HOST: Welcome everyone to the first annual edition of, “The Quarterback Game”. This is a game show highlighting four of football’s most eligible quarterbacks. Highly regarded quarterbacks in the middle, or towards the end of their career, who will be judged solely on their attributes and stats on the field. So, let’s get right into it! Contestants, why don’t you begin by telling the audience a little bit about yourself.

CONTESTANT 1: Well, I’m a guy who is very loyal to my roots. I grew up and went to college in the same area, and have been playing professionally for 11 years – all with the team that drafted me. I was highly rated coming out of college, being drafted in the top-5. My stats in the regular season are: 57% winning percentage, 2.18 TD/INT ratio, 270.82 pass yards a game, 65.4% completion percentage, and a 94.6 passer rating.

CONTESTANT 2: I am also very loyal to my roots, going to college where I grew up and staying with the team that drafted me, but I’m also known for things I have done off the field. I am a very polarizing figure. I was also highly rated coming out of college, being drafted in the top-15. My stats in the regular season are: 66% winning percentage, 1.90 TD/INT ratio, 259.4 pass yards a game, 64.3% completion percentage, and a 94.0 passer rating.

CONTESTANT 3: Some people could describe me as a southern boy, but I don’t know if I would say that myself even though I did grow up and went to college in the south. I have been playing with the same team that drafted me for 10 years. It was a little weird playing in a city so different from what I am used to, but I warmed up to it very quickly. I was very highly rated coming out of college, being taken with the first overall pick. My stats in the regular season are: 46% winning percentage, 1.91 TD/INT ratio, 275.3 pass yards a game, 62.5% completion percentage, and a 89.3 passer rating.

CONTESTANT 4: I have moved around a bit in my life, so you could say that I’m a little bit of a traveler compared to the other contestants. I grew up and went to college in the same area, but I am now on my second professional team in the seven years I have been in the NFL. I was not very highly rated coming out of college, being drafted in the fourth round, with seven quarterbacks being taken before myself. My stats in the regular season are 50% winning percentage, 2.18 TD/INT ratio, 273.94 pass yards a game, 66.9% completion percentage, and a 96.8 passer rating.

HOST: I think the next question on everyone’s mind is: tell us about your friends. What have your teammates and coaching staff been in your career?

CONTESTANT 1: I have been lucky to have a very solid supporting cast during my time in the league, and I am blessed to have been playing with one of the best receivers in the league for almost the entirety of my career. I have had fairly stable coaches, with only two different head coaches during my career as well.

CONTESTANT 3: I’ll be completely honest with everyone, as much as I love my franchise, the teams I have played with have been absolute trash. I was lucky enough to throw to a top-3 receiver during the majority of my career, but besides that there haven’t been very many bright spots. I have eclipsed 9 wins only twice in my career, and that can be attributed to the three mediocre head coaches I have played for.

CONTESTANT 4: I have loved every one of my teammates and coaches, and I always keep it professional. But since this is a game show and the previous contestant just let it out there, so will I. My current team which I just finished my second year with is a very stable organization with good leadership and teammates. My first team was a train wreck. Constant turmoil stemming from the owner left me wanting more with talent and coaching. I’m glad I finally got out of there.

HOST: Now we are left with our final question. Have you been successful in your career? What does your playoff resume look like?

CONTESTANT 1: I have been fairly successful in my playoff career. I don’t have a Super Bowl ring but I should have one. That game will haunt me forever. I have a 40% playoff win percentage and my playoff passer rating is 100.8.

CONTESTANT 2: I have had constant playoff success and that can be attributed to my head coach, teammates, and the well-run organization. I have two Super Bowl rings. I have a 61.9% playoff win percentage and my playoff passer rating is 86.5.

CONTESTANT 3: I have had no playoff success and that can be attributed to my head coaches, and the poorly run organization. I have been to the playoffs a few times but never won a game. I have a 0% playoff win percentage and my playoff passer rating is 87.8.

CONTESTANT 4: I have had just a little bit of playoff success, but I haven’t had many opportunities. I have only made the playoffs once as a starter with my previous team and once with my current team. I have a 33% playoff win percentage and my playoff passer rating is 90.8.

HOST: Well excellent everyone! Let’s give a big round of applause for our quarterbacks! Now it’s the time you have all been waiting for, it is time to choose your quarterback. So, make your selection before scrolling down.

If you need to glance at the stats again, here you are:

Who did you pick?

Did you figure the quarterbacks out before the end? Are you happy with who you ended up with? Did your perceptions change at all? Are you enraged that you potentially wasted your time reading this far?

The goal was to challenge perceptions, to evaluate quarterbacks based on their personal stats rather than their career success or win-loss record because that can be extremely deceiving.

These quarterbacks were chosen based on a similar playstyle with limited differences. For example, yes, Ben Roethlisberger can stand in the pocket and scramble if needed, and yes, Kirk Cousins hasn’t had the best pocket presence in years past, but looking at all four of them as a whole, they have a very similar style of play.

How many people out there knew that Matt Stafford has a better playoff passer rating than Ben Roethlisberger? How many people knew that, besides playoff performance and win percentage (which are heavily dependent on team quality and coaching), Kirk Cousins and Matt Ryan have almost identical career stats? And isn’t it curious that among mainstream media, one is seen as an average “choker” (Cousins), and one is seen as a franchise quarterback (Ryan)?

Two quarterbacks can have almost identical stats, but if one quarterback is on a good team, and the other is on an average team, the quarterback on the good team will be seen as superior in the eyes of armchair GMs across the country.