The Pressure is on Mike Zimmer 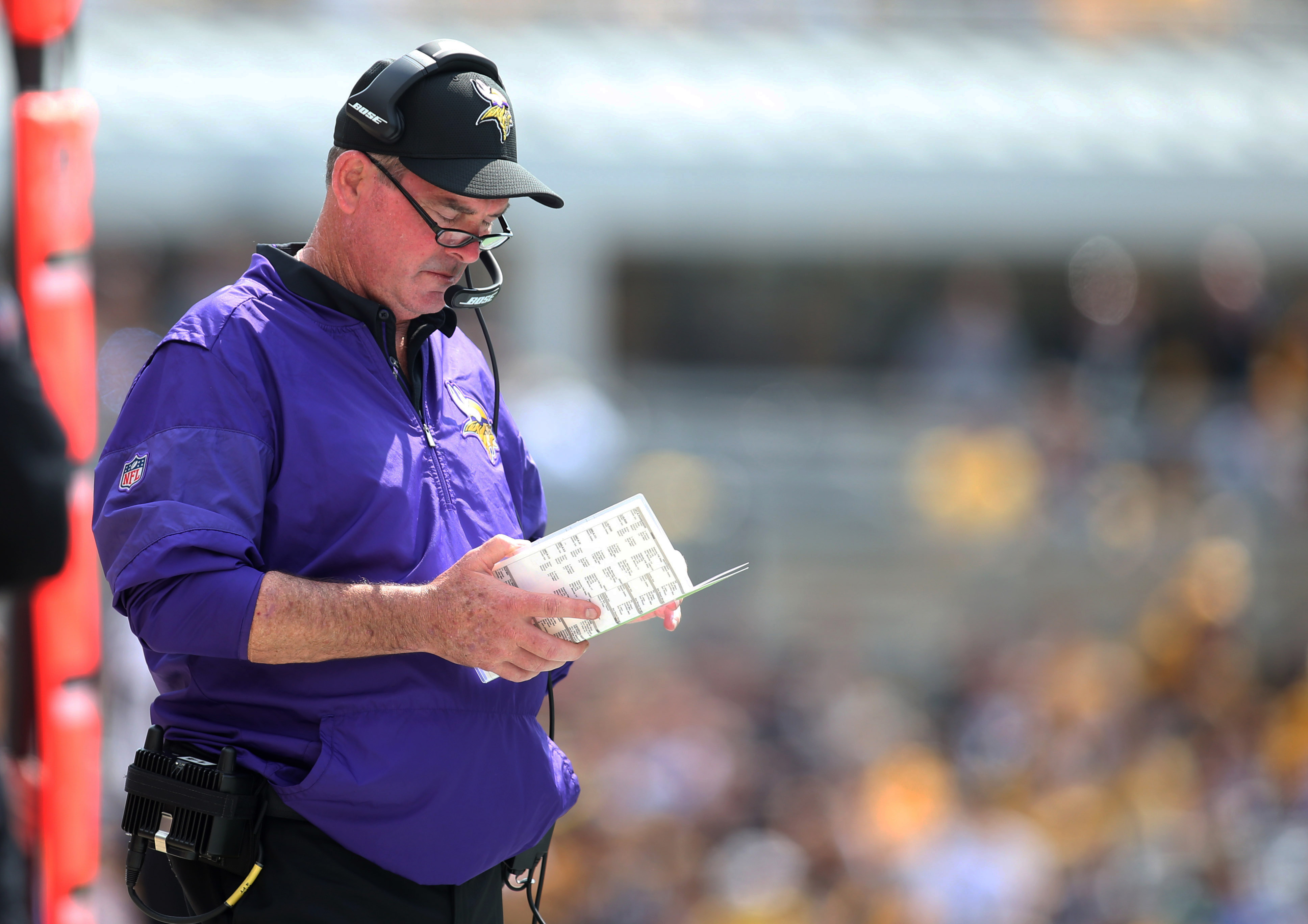 Mike Zimmer is fast approaching the midway point in his eighth season as the Vikings’ head coach, so he is likely feeling the pressure.

At a modest 3-3 record, Minnesota needs to quickly turn their season around. The NFC features the Arizona Cardinals (7-1), Green Bay Packers (7-1), LA Rams (6-1), TB Buccaneers (6-1), and Dallas Cowboys (5-1). It’s far from a guarantee, but let’s assume all five teams finish with strong records. That means there are only two spots left for the NFC playoff race. The competition will be fierce.

Adding onto the issue (as I’m sure you’ve heard) is that we’re about to embark on a brutal four-game stretch, one that sees Minnesota taking on the Cowboys, Ravens, Chargers, and Packers. If the season ended today – and thank God it doesn’t – all four would be playoff teams. For whatever it’s worth, Minnesota currently holds that #7 spot in the NFC. I, for one, would be a little nervous about this group if Minnesota was playing a playoff game today. There is a lot for the team to improve on.

All things considered, Mike Zimmer seems to be handling the pressure well. He seems focused on this week’s task, speaking highly of Dallas’ vast array of weapons on offense: “The offensive line is very good, both of their backs are really good, the tight ends are good, they have three good receivers, and the quarterback is playing well. That, with the scheme that they run, I think they do a lot of good things.” Zim goes on to indicate that it should be difficult to pressure their QB: “So they’re big, they’re powerful, they do a good job in protection, as far as you’re going to have to beat some guys to get to the quarterback.”

Therein lies the key: if Minnesota’s front four can get home consistently, Minnesota’s defense will have a shot. Patrick Peterson’s absence will make life difficult for the secondary. Cameron Dantzler may end up being a great replacement, but there’s a reason why the sophomore was replaced by two veterans (which is to say nothing of the trade rumors). Regardless, a brutal performance from the defense would go a long way in further convincing the Zim critics that the crusty coach needs to be replaced.

We’ve won three games this season, and one could argue that we ought to have won a couple more. That’s a two-way street, though. More negative fans bemoan Zim’s coaching philosophy and approach at the end of the Lions and Panthers games. It’s very possible we could have once again been 1-5 heading into the bye.

I don’t think he’ll be fired during the season unless things get exceedingly ugly. The outcome of the Dallas game will be of no little significance for Zimmer’s job security, though. It’ll be especially concerning if the defense struggles. After all, it was the defense that allowed Sam Darnold to look like Tom Brady on that 96-yard drive at the end of Week 6. The fact that the schedule includes three consecutive difficult games will only make the pressure worse for Mike Zimmer.

Of course, a win on Sunday night would signal the opposite. Many fans and writers have picked up on the pattern in Zim’s career as the Vikings’ head coach. He has one good year and then one poor year. I don’t think that pattern is as ironclad as people think, but there is some truth to it. If the pattern holds, Minnesota ought to go on a tear in the final two-thirds of the season. Beating the Cowboys on Sunday would indicate to the rest of the NFC that Minnesota is fully capable of hanging with the conference’s best teams.