The Emergence of K.J. Osborn 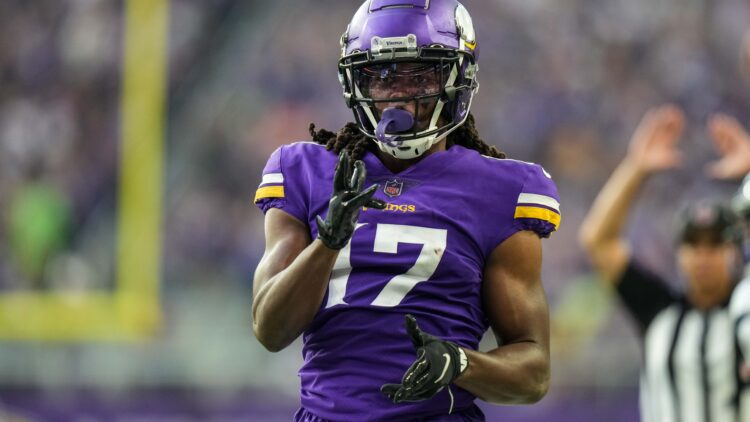 It may be an overreaction saying that K.J. Osborn needed an emergence after only one year. Maybe. Is it an even bigger overreaction saying that he had one after just three games? Possibly, but I’ll do it anyway. K.J. was drafted last year mainly to be a returner. As we all know, he did close to nothing in that area as a rookie, which lead the Vikings to use two picks on returners – Ihmir Smith-Marsette and Kene Nwangwu – before signing Dede Westbrook.

With competition for PR and KR and his 0 snaps on offense as a rookie, it looked like he could end up on the practice squad or even cut. But, according to coaches and teammates, he had a fantastic offseason. In the three games we had so far, Osborn showed the ability to not only get separation, but catch the ball, gain yards after the catch, and, even more important, be clutch. He has been targeted 7 times on 3rd & 4th downs, coming down with the ball in all of them.

For the clutch part, he converted a 3 & 24 against the Bengals, allowing the team to score a few plays later. In the same game, he had a 6-yard catch on 4 & 4. Against Arizona, besides his first NFL touchdown, he again came in clutch on the last drive, with two receptions to set up the last-second field goal try. And last Sunday he also had important catches, like that 3 & 5.

We can’t forget to mention how much he’s helping the OL as well. If you rewatch the 1st half against the Cardinals, you’ll see that Kubiak used him a lot in motions to put defenders in bad positions. Against the Seahawks, he had some snaps close to the linemen – usually next to Rashod Hill – and chipped the defender.

The Vikings have been looking for a WR3 receiver since Jarius Wright left town in 2018. After trying with the likes of Bisi Johnson and Chad Beebe for a couple of years, it looks like we’ve found a solution. The defenses need to focus on Jefferson, Thielen, and Cook. This gives Osborn better matchups throughout the game, and he’s taking them. In three games he has almost 200 yards, 14 catches, and 1 TD.

If he continues to improve, the Vikings will have one of the most lethal trios of receivers in the NFL. With them, Cook, Conklin, Cousins, and an improved offensive line, this offense can be unstoppable.