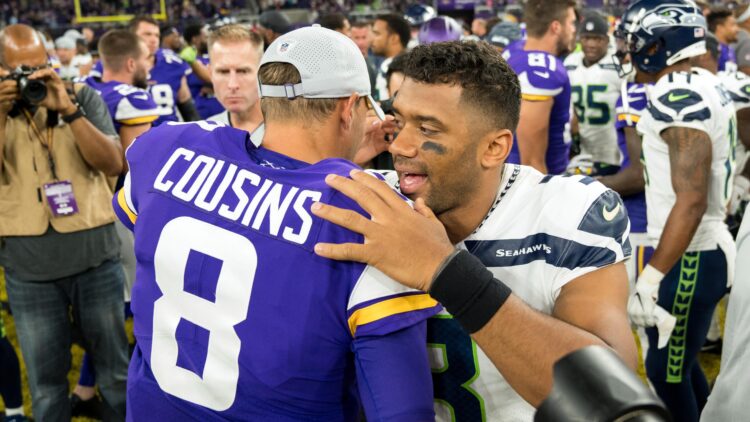 In Graff’s estimation, the Vikings could get a first and second if they’re willing to gobble up $25 million of Cousins’ cap hit:

So if the Vikings were willing to retain this much in dead cap, it’s conceivable that they could get a first-round pick and an additional Day 2 selection in exchange for Cousins. With a new regime taking over in Minnesota, two first-round picks and two second-round picks could be extremely valuable as they look to rebuild on the fly.

Now, it’s worth remembering that Graff is speculating. Whoever takes over at GM and HC will get the real power in these moves. Nevertheless, it’s an interesting thought, especially since Graff looks to some recent history for comparables.

Josh Frey recently expressed his belief that the Eagles ought to be in on Cousins. Not too long ago, I wrote about how the Cousins-to-Steelers rumors were only just beginning. Moreover, Brad Spielberger of PFF suggested that Cousins could fetch a first and third in a trade. Clearly, Vikings fans and NFL writers have a Kirk Cousins trade on the mind, but determining his trade value is challenging.

After firing Mike Zimmer and Rick Spielman, Mark Wilf explained that he’s not interested in a rebuild. Instead, he’s looking for leaders who can work collaboratively toward a quick reload, thus elevating Minnesota to relevance sooner rather than later. In other words, a Cousins trade will need to bring in a hefty return. Mere mid-round picks are unlikely to get the job done.

It’s clear that Cousins doesn’t have the ceiling of, say, Tom Brady or Patrick Mahomes. It’s also clear that he doesn’t have the same floor as, say, Jameis Winston or Sam Darnold. Cousins will always ensure his team is borderline competitive. At times, the team can even squeak into the playoffs. Now, progressing in the playoffs isn’t the same as merely making it (as Mike McCarthy reminded us all on Sunday). Clearly, Cousins needs a fair bit of help to find success. He’s not capable of masking a roster’s flaws. If he was, he’d have done it by now.

Forced to guess at this precise moment, I’d predict a Cousins extension. A lot of coaches feel like they’re the ones with the secret magic. Where other coaches failed, this one will believe he can succeed. It’s this (often misguided) pride that can keep a QB in town, the insistence that this coach will unlock the QB’s full upside. And who knows, perhaps a new coach will indeed push Cousins to the level we’ve all been looking for?

At the end of the day, we’ll need to wait and see. So much has yet to be decided. Getting a GM in place is Step 1. That’ll at least give us something to work off of.