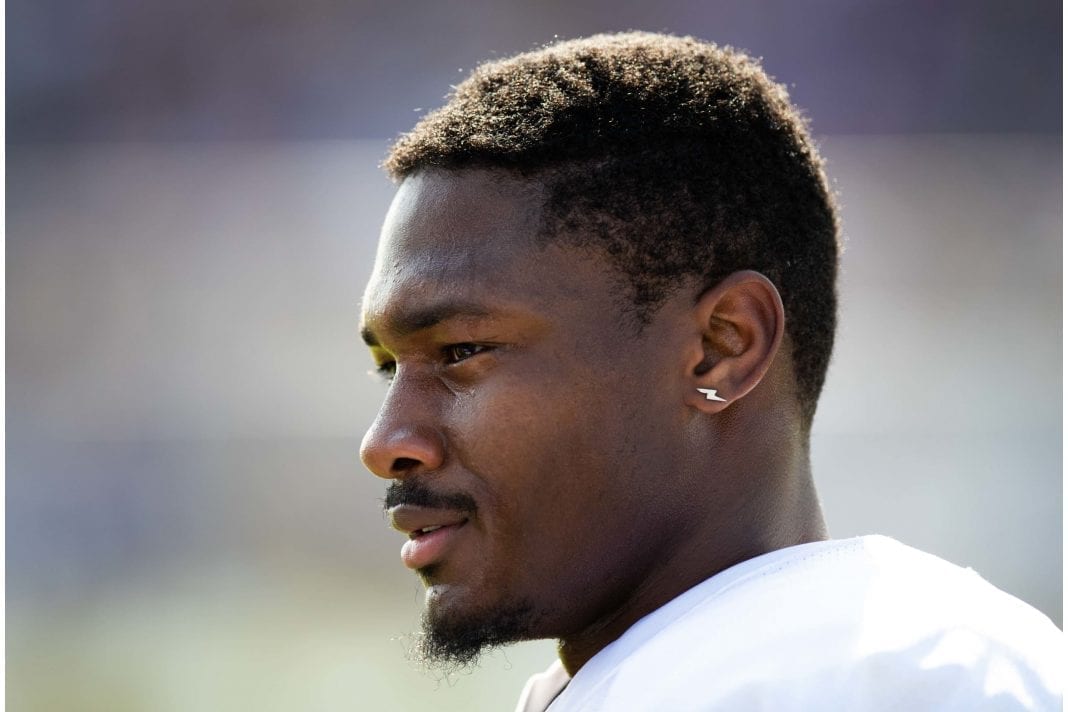 One hill in this great battle that is being a Vikings and also covering the Vikings that I’d die on, is the Randy Moss was a , *deep inhale*, a locker room cancer/lazy/guy with an attitude problem/selfish player who didn’t try when the ball wasn’t going to him, etc.

Back when I was in college and “fans” started turning on Moss, I had this argument constantly both in person and online (that’s right, whatever the new generation is, we had the internet back then and it ran on coal!), constantly.

Despite that, I never expected the team to actually trade the best player it’d ever had, and the best wide receiver ever because the team was always a contender mostly (at that point) due to Moss (just check the old NFL betting lines  ) and because it’d be impossible to replace his talent and impact even with 5 first round picks.

But it happened partially because the fans were okay with it and that has always bothered me. So, I want to kill two birds with one stone here.

I recently wrote a piece breaking down why Moss was the GOAT (over Jerry Rice), and the crux is basically this, Rice was unnaturally driven but he was also incredibly lucky.

Had Moss had back to back first ballot Hall of Fame quarterbacks for his first fourteen seasons, there would be no question that he was far and away the best receiver ever.

Look at what Moss and Brady did together. Or more instead, look at how Rice benefitted from being the main cog in a then revolutionary system (Bill Walsh’s eventually ubiquitous West Coast offense), and compare that to how Moss revolutionized defense.

One benefitted from a new system, the other basically just outran or out leapt defenders and forced the league to change how it operated on defense solely because of his talent. Obviously teams had to adapt to the 49ers system, but that was based on the system not on Rice.

Dennis Green was an acolyte if Walsh, but if anything the fact that Moss forced an additional change by defenses that had already adapted to West Coast ball should seal the deal in regards to this debate.

Why am I talking about this?

Because now former-Viking Stefon Diggs is yet again making Vikings related news and I am tired of covering it both in general and from the perspective of… Logic?

I’m sure you’ve all seen the latest Diggs nonsense in which he claimed, twice now, that he didn’t say he wanted out of Minnesota and blah, blah, blah.

He is right, technically. He didn’t SAY the words “I want to be traded”. He just did everything else to imply heavily that that was the case. I am convinced that he either hired the same (or similar) social media marketing company as Antonio Brown, or emulated his behavior on his own.

Brown at least had some sort gripe. The helmet thing was something, it was albeit wrong, but it was something. What did Diggs have to be mad about?

I wrote about that in an article titled, ‘What exactly did you have to be mad about Diggs?’ in which I laid out how the Vikings rewarded Diggs with a HUGE deal before he had even eclipsed 1,000 yards or played a full 16-game season.

The reality is that Diggs knows he’s basically lying by saying he never wanted out (or his first statement about the trade saying that he was surprised and that it was some inevitable part of the business) so that fact alone proves he is wrong. Otherwise, why lie?

Instead if splitting hairs and saying “But, Diggs what about X, Y, and Z (or A, B, C, … and Z) I want to just essentially be the first to start the new fact that Diggs is the worst former Viking ever.

That title probably goes to Percy Harvin, but most so-called fans would also give that title to Randy “I almost retired when I was traded because I loved being in Minnesota” Moss.

Outside of Matt “I make Harvard look bad” Birk, there has never been a single player who has come out and said that Moss was a locker room cancer.

In fact, I specifically asked former Vikings head coach Mike Tice about that on my podcast, and said that Moss was the hardest working player he’d ever coached and that he was beloved in the locker room.

What did Moss do that was anywhere near what Diggs has done and keeps doing? Complain about catering? Push a meter maid with his car? Say *Gasp* that rich people don’t pay with checks and instead use “straight cash homie?”

The latter controversy, for those of you lucky enough to not be cognizant of football or reality at the time, explains Moss’ reputation at the time (and since) perfectly.

That line, which now is some beloved catch phrase for Moss, was bemoaned at the time by fans and the media. Minnesotans are hard working and junk, so it is an insult to flash your wealth? I guess?

Then there was the “disgusting act” that was mooning Packers fans who mooned the Vikings/opposing team bus each week. Which, I mean, would never be a pleasant sight but I can’t imagine Packers fans, with their high protein diet (all them questionable Brett Favre Steakhouse “Steaks”) and BMIs in the triple digits, doing the best job wiping especially with all the Lambeau bench seat hemorrhoids.

Isn’t it funny that most of Moss’ “indiscretions” are now looked back upon fondly? Do you think we’ll look back at Diggs’ antics that way?

Then there’s the walk off with 2.6 seconds against the Washington Football Team. Which is actually the largest point I wanted to make. For context, that happened during a season in which the Vikings started 5-1 and were basically 2.6 seconds away from missing the playoffs, again. That came a season after the Vikes had started 6-0 and missed the playoffs.

Moss was protesting the ownership of the Vikings in Red “I suck” McCombs, who had (some say) purposefully had Tice go over the time allotted in the Draft because he wanted to save money. Even if that isn’t the case, this dude was cheap.

He was fined for being under the minimum cap and using signing bonuses against the cap in a season in which the Vikings defense was atrocious by all measurable standards except one, McCombs’ opinion. I remember him saying that they didn’t need to invest money in the defense to capitalize on Moss and company in the Tice era because he believed the Vikings’ defense was “championship caliber”.

Compare that to the Vikings during Diggs’ tenure. They spent ever dollar to upgrade the team, their facilities, their stadium. They changed how NFL contracts work to bring in a quarterback who, by the way, gave Diggs 105 receptions and his first 1,000 yard season in 2018 and a 17.9 yard per catch average and 1,100 yard campaign in 2019.

Sure, the 2016 team started 5-0 and imploded. And yes, I’ve been critical of the Vikings continued lack of investment in their clear weakness. But, forcing your way out of Minny only does that, it doesn’t guarantee you’ll join a better team.

The Vikings rewarded Diggs based on potential not his output, they invested in a QB for him, etc. Moss never complained about being thrown the ball by Spergon Wynn or Todd Bouwman, or any of the aged stars that were Randall Cunningham or even Jeff George. He just made them better (with the exception of Wynn, who, would still be bad if a radioactive football bit him).

So, let’s see how Diggs does with Josh Allen. Because Moss never complained that Cris Carter was also on the team, he wasn’t jealous. Sure, Carter got his MORE thanks to the coverages Moss created just like Adam Thielen broke and tied NFL records in 2018 because of the coverages Diggs created.

One still got his and didn’t get jealous. One clearly did and then actually was a distraction and a cancer. Did Moss ever complain like Diggs did after the Week 4 Bears game last year?

Until it was painfully obvious that McCombs was maximizing his profits and wasting Moss’ talent, and even then he walked off the field which was an emotional reaction at the moment, not some contrived plan to force his way out of Minny.

So we can agree that Diggs is just the worst and then I’ll hopefully be able to stop covering him until my ‘I called it!’ Article about… 18 months (tops) from now when he does the same in Buffalo.