Some Final Free Agency Targets for the Vikings 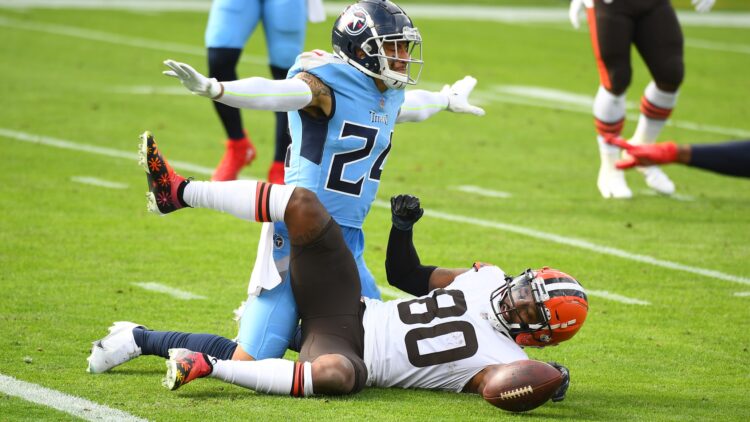 The 2021 offseason was a very successful one for the Vikings to say the least. We went into this winter assuming the Vikings would have to make a lot out of very little, given their cap situation. However, with a little help from Anthony Barr and Danielle Hunter restructuring their contracts, the Minnesota Vikings had a lucrative free agency haul on top of a promising draft class.

After 2020’s disaster on defense, the Vikings shored up that side of the ball with multiple veterans. Patrick Peterson, Bashaud Breeland, Mackenzie Alexander, and Xavier Woods bring some experience to a very young secondary. Dalvin Tomlinson and Sheldon Richardson bring beef to the interior defensive line. Finally, most recently, Everson Griffen’s return helps stabilize the RDE spot.

All that said, there are still some questions that keep Vikings fans awake at night regarding depth. Of course, most every team not named the Tampa Bay Buccaneers have this question. Not many have the means to answer these questions, though. The Minnesota Vikings are one of the few that do, with over $13 million in cap space to their name. With that, here are a few free agents left on the board that the Vikings could keep their eyes on in the coming weeks.

The Vikings have a solid duo to start at both safety positions, but throughout the league, we are seeing what injuries can do to team’s without depth. The Vikings are already trying to work their way through their offense without LT Christian Darrisaw or TE Irv Smith Jr. Finding a veteran to take some reps at safety could help out another shallow position for the Vikings.

Kenny Vaccaro isn’t just some journeyman player, either. The former first-round pick has been a consistent starter throughout his team in the league. Prior to the Titans releasing him this spring, Vaccaro started 13 games in 2020 at strong safety. He’s also now started 109 of the 110 games he’s played in the NFL.

Not only is Vaccaro exceptional in pass coverage, but his ability to blitz and make plays behind the line of scrimmage has been great in years past. His coverage skills have been inconsistent at times, but there is no doubt he brings a toughness and desirable attitude to a team. This past season, Vaccaro recorded six TFLs as well as a sack. Bringing him in for crucial running downs would greatly help the Vikings defense.

I spoke more in depth on this during a breakdown of the Vikings tight end situation over on VikingsTerritory. However, Tyler Eifert is a name that Minnesota should be keeping an eye on, especially if Irv Smith Jr. were to miss significant time.

Eifert brings with him a CVS receipt of injury history, but there is no doubt that he is a receiving threat when healthy. On top of that, the past two seasons have brought good health to the 30-year-old tight end as he’s played in 31 of 32 games.

The Vikings are probably fine making Tyler Conklin the TE1 for the time being, but with their tendency to run dual tight end sets, Eifert is a solid option to play opposite of him. The Vikings may need to act fast though as the New Orleans Saints are undoubtedly keeping an eye on many of the same players after injuries to Adam Trautman and Nick Vannett. Fortunately for the Vikings, they can offer a much more lucrative amount of money.

The Vikings have some intriguing options at wide receiver, but none have truly been able to emerge from the pack yet. We will have to wait and see who is on the roster tomorrow, but they may want to try and find another veteran option.

Minnesota has already tried this once with Dede Westbrook, but he is still in the recovery process of a torn ACL that kept him out of much of the 2020 season. He didn’t take a single snap during preseason, and the Vikings may not want to take a chance on keeping him around. Likewise, while Adam Thielen and Justin Jefferson both have positive injury outlooks, we aren’t quite certain of their statuses for the season opener.

Golden Tate can come in as a player that has seen a ton of playoff action and is a Super Bowl champion. Even if he doesn’t offer much production, especially when Thielen and Jefferson are back to full strength, you can’t say enough about what kind of presence that would be in the locker room.

For a bigger breakdown on this, check out Dustin Baker’s article over on VikingsTerritory The Seahawks and K.J. Wright have been in a financial dispute for much of this offseason, which has led to Wright remaining a free agent despite having a wildly productive 2020 season. Starting all 16 games last year, the 10-year veteran recorded 11 TFLs while also having 10 pass defenses to his name.

The Vikings and Seahawks are in a very similar cap situation, but Minnesota does have slightly more money as of now ($13.3 million compared to Seattle’s $13.1 million). Anthony Barr’s status is also uncertain going into week one against Cincinnati, which leaves the Vikings with very young options at OLB.

This is probably the most unlikely of the group, especially with growing reports that Seattle and Wright will reach an agreement at some point, but just think about the embarrassment of riches the Vikings defense would have with Barr/Eric Kendricks/Wright at linebacker and Nick Vigil as a backup.