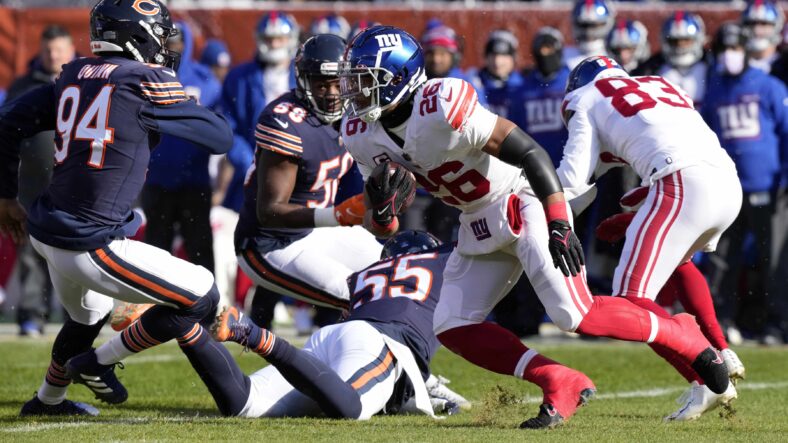 The Chicago Bears may end up having the worst team in the NFC North. In fact, they may finish last in the entire NFC. New GM Ryan Poles wisely believes that his team is a long way from contention. They’re therefore moving out veterans in an attempt to start building for the future. Well, the recent news is that yet another solid player may be on the move: Robert Quinn.

This absence has led some to suggest that a trade could be imminent:

Chicago, in all likelihood, would welcome the chance to clear some cap room. They’d also welcome whatever draft capital accompanies the deal for Robert Quinn.

His PFR page suggests that 2021 was one of the most impressive seasons of his career. Back in 2013, he put up 19 sacks with the Rams. He nearly matched that total last season, piling up 18.5 sacks for the Bears. He has played with the Rams, Bears, Cowboys, and Dolphins in his career, so he certainly offers a lot of experience. Over the past several seasons, Quinn’s PFF score has been between 60-70, which is far from dominant. His most recent score gets dragged down by a poor run defense grade. An acquiring team may look to use him mostly on passing downs.

The chances of Minnesota making a move for the veteran are very small. They did deals with Detroit and GB during the draft, but trading for an impact player before the season begins is unusual. Quinn would have the chance to get after sophomore Justin Fields several times a season, a scenario Chicago would surely like to avoid. Plus, his contract continues for several more seasons, adding another layer of complexity for Minnesota to deal with. Don’t count on Kwesi Adofo-Mensah making a move for him.

The likeliest scenario probably involves a contender from outside the division bringing in the 32-yard-old pass rusher. Robert Quinn can still be a strong player, so there ought to be plenty of interest.