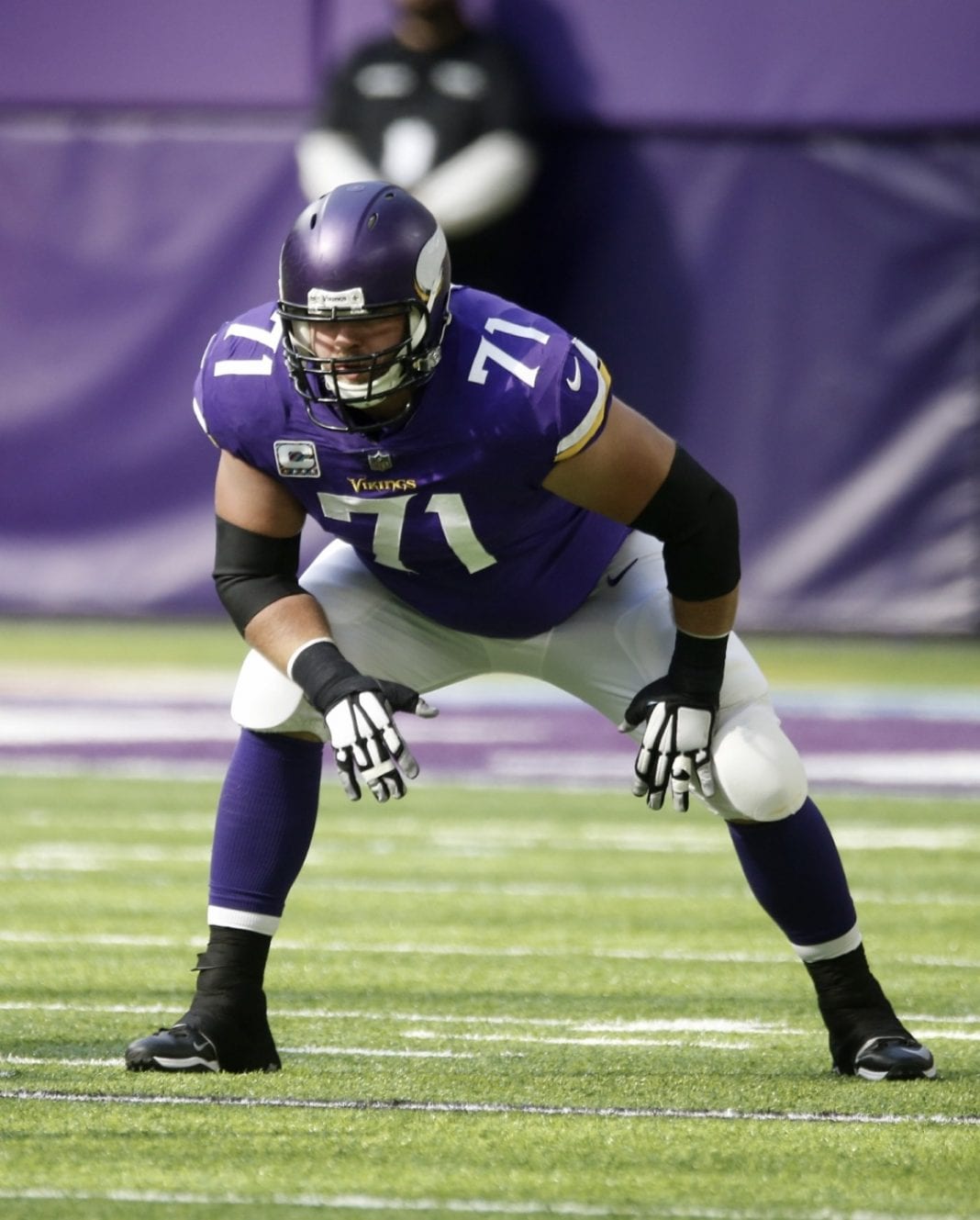 Once thought of as one of the weakest parts of the Vikings Offensive line, he is now arguably their best linemen. Left Tackle Riley Reiff has made strides this season and it has taken the Vikings offense line to new heights. Combined with the stellar play of fellow Tackle Brian O’Neal and free agent acquisition Josh Kline, this unit is quickly becoming one of the most dependable.

Last year At this point in the season Reiff had given up two sacks two penalties and eighteen pressures on the quarterback per Pro Football Focus. This season Reiff has given up the same amount of sacks, ten pressures and five penalties.  Most of these coming from the week four game vs the Bears that saw him give up two sacks two pressures and commit three penalties. Factoring in that Riley Reiff also missed three of the first eight games last season and has only missed three quarters this season, and you have a player who’s done a one-eighty with his performance. He’s doing better than the likes of fellow Tackles David Bahktiari, Mitchell Schwartz, Ryan Ramczyk, and Andrew Withworth.

Reiff is set to become the eleventh highest paid tackle in the NFL, and after free agency that number is likely to decrease. He has been a popular cap casualty candidate the last two years, but now organizations will have to rethink that. Finding a rookie to replace him would lead to a drop off in production that could send this offensive line  back to the year 2018. With several other options to clear cap space it’s starting to look like Riley Rieff will a Vikings beyond 2020