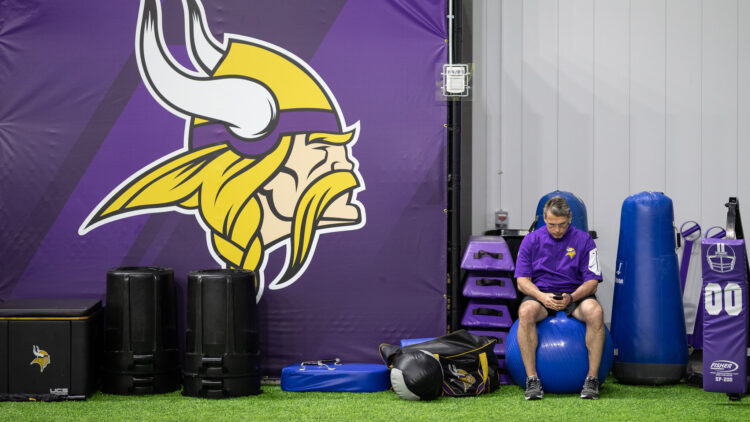 Vikings fans ought to be thankful for the ownership that’s in place.

The team consistently spends to the cap. The facilities are second to none. There are no scandals in the media about them. Perhaps most importantly for the product on the field, they don’t meddle in football matters. The Wilfs hire people they trust and then let the football folks sort out the football end of things. It’s a brilliant move that’s lost on many owners.

According to The Athletic‘s Chad Graff, Mark and Zigy Wilf will be making a decision on the future coach and GM very soon:

The ownership group, led by Mark and Zygi Wilf, plans to attend the Vikings’ regular-season finale Sunday when the team hosts the Chicago Bears. But they want to move swiftly with whatever their decision is after the season, potentially making a move as soon as Monday. The Wilfs are historically mum about major moves like the ones they’re considering, so leaks aren’t expected before kickoff on Sunday. But as they prepare to meet, it appears all options are on the table, including firing or re-assigning head coach Mike Zimmer and general manager Rick Spielman as the Vikings close out a second consecutive season with a losing record.

Shortly thereafter, Graff clarifies that it’s the decisions at HC and GM that will then feed into how the team will proceed at QB. Again, that’s the right move. The Wilfs will very wisely allow the team’s future football folks to make the football decision on Cousins.

The current Leadership Trinity – in many people’s minds – are a trifecta. Removing one ought to also mean removing the other two. The Vikings’ ownership doesn’t appear to see it that way, instead treating each as an (albeit interconnected) entity. To many, this measured approach will be frustrating. Patience is running thin among the purple faithful.

Be that as it may, the smart move is to set a new direction on Monday, one that doesn’t necessarily involve axing Zimmer, Spielman, and Cousins. One thing we can say for certain, though, is that keeping all three would be a mistake. The prediction from your humble author is that Zimmer will be given the chance to step down. From there, we learn that Spielman took on a new role. Cousins is then extended by the new GM to make the finances work.

I’ve been wrong before, so stay tuned. This will get interesting very quickly.