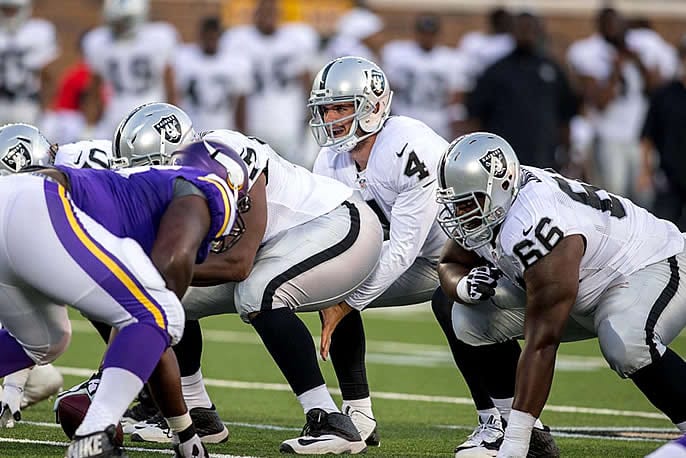 Note from the Editor: We’re extremely honored to be working with Vikings61.com (The ‘V61’) this season!    The V61 is a new Vikings news/content site with some of the best writers in the Vikings media landscape, so take a second to bookmark (either literally or mentally) their site and check them out every day when you’re looking for Vikings news. analysis, and history!

Last year at this time, the Minnesota Vikings were upset in grand fashion by the Buffalo Bills in a week 3 matchup at home. Could that happen again on Sunday?

One year ago, while writing for another online periodical, I put out an essay entitled “Beware The Lobster Trap” as the Minnesota Vikings prepared to meet the winless Buffalo Bills in US Bank Stadium.

(*In reference to a “lobster trap”, think of a simple underwater crab trap and a none-too-bright crustacean coming under it.)

Vikings were 1-0-1 at the time. They had soundly beaten Jimmy Garoppolo and the San Francisco Forty-Niners to start the season, and then dramatically tied the Green Bay Packers in Lambeau Field a week later because their rookie placekicker couldn’t do this job.

In week three of this season, the Vikings’ again find themselves playing a team arguably  inferior to their own on paper–and, like last year, they may also be concentrating on a week four matchup against in a crucial road game instead of the task at hand.

If such a thing is even close to a reality, then, as Yogi Berra once said, it could be ‘deja vu all over again.’

The Vikings were humiliated in that 2018 week three contest against Buffalo. Quarterback Kirk Cousins had his worst game as a pro (wait, maybe his second worst), and a rookie quarterback named Josh Allen scored on Mike Zimmer’s defense with his arm and his legs in a 27-6 win that came as a very unpleasant surprise to Vikings’ fans.

The very next week and the trip to Los Angeles gave the Vikings another loss, and they stood at 1-2-1 on the season. From there, they fought and they floundered to a season one game over .500, and missed the playoffs.

How is this game different? Well, in things not regarding defensive end Everson Griffen’s mental health, not by much at all.

The Oakland Raiders, at 1-1, have beaten the Denver Broncos in a close week one contest, and then have been whipped soundly by the Kansas City Chiefs the following week. Both games were in Oakland.

Having lost the opportunity to play with the physically and emotionally combustible Antonio Brown, Oakland head coach Jon Gruden has turned his lamplight to a decent team without him, hardly the worse for wear.

At the helm is 28-year old quarterback Derek Carr, a name that rarely strikes fear in the hearts of defensive coordinators through the league, but still a player who has had occasion to light up a scoreboard or two in his career.

Carr has put forth a mixed passing bag to this point. Completion-wise, he went 22/26 against Denver in week one, then followed it with a 23 /38 effort against the Chiefs, cutting his quarterback rating in half in one week.

Hardly a good sign for Jon Gruden, but not the end of the world.

On defense, the Raiders have already given up 682 yards in passing in only two games, a mark that would extrapolate to an outlandish 5456 on the season.

Coming into Minnesota, with Gruden no doubt concentrating on solving the riddle of the NFL’s leading rusher in Dalvin Cook, Oakland could open the door to a solid “get well” game for Kirk Cousins and the janky (if not junky) Minnesota passing game.

Of course, if the Vikings want to repeat the mistakes of their past and be burned for it, they could be distracted by the point of a dubious press after last week’s disappointing loss in Green Bay–or be glancing over the fence at their week four contest in Chicago against the Bears.

That could easily drop the “lobster trap” on them–again–and burden this 2019 team with an early uphill challenge for relevance not only in their division, but in the league.