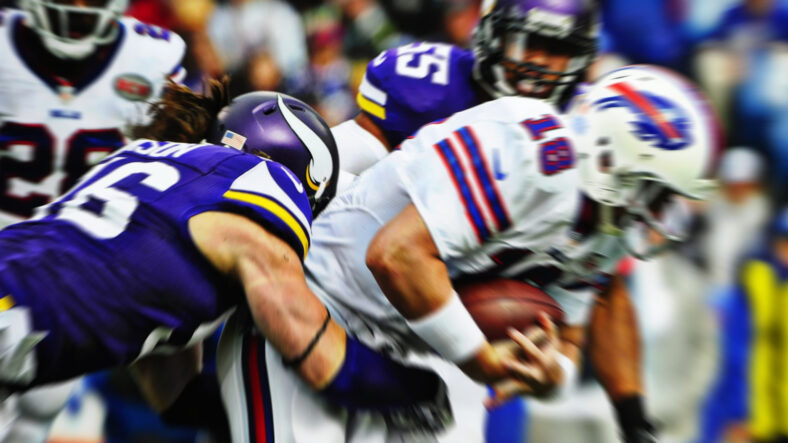 The following questions are about current Minnesota Vikings topics, answered by PurplePTSD. Today is the May 14th edition, addressed in a from-the-hip fashion. If you have questions, please email them to D.Baker@vikingsterritory.com.

Q: What do you consider the toughest game on the Vikings schedule from a May perspective?

A: The trickiest game on the Vikings schedule — beyond the shadow of a doubt — is at the Buffalo Bills in November.

The Vikings won’t win that game, and if they did, they’d feel like a mini-team of destiny. Buffalo’s roster is built so profoundly — that if they don’t finally reach a Super Bowl soon, it’ll be astonishing.

There’s no way to know right now how good the Vikings will be, but they are unlikely to be good enough for a road win in Buffalo.

Q: What is the expectation for Brett Hundley to sign with the Vikings after his tryout?

A: The idea of Huntley joining the Vikings as a QB2 or QB3 was short-lived.

For now, evidently, the Vikings are content with Sean Mannion and Kellen Mond. Although, the offseason is still young. The tryout should signal that Minnesota is open to broadening the QB room.

But it won’t be Hundley in May.

A: Booth is recovering from a sports hernia. That injury can be a lingering one, so, unsurprisingly, he isn’t ready for rookie minicamp.

The Vikings want Booth as an integral part of their 2022 defense, and they’ll slow-roll his return to the field accordingly.

He should be ready in a few weeks.