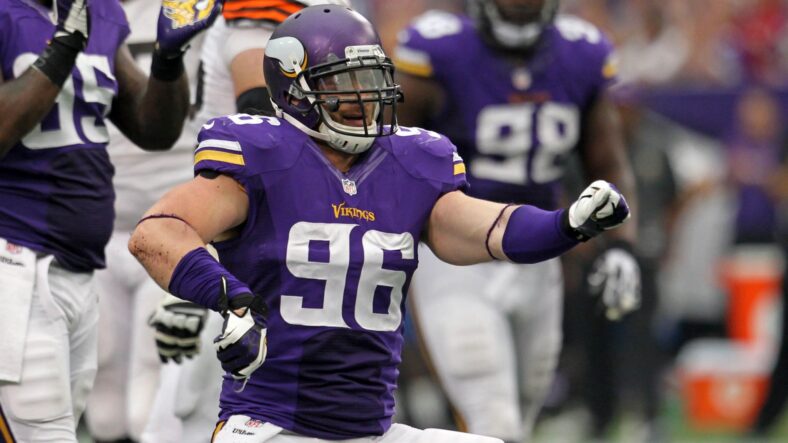 The following questions are about current Minnesota Vikings topics, answered by PurplePTSD. Today is the June 20th edition, addressed in a from-the-hip fashion. If you have questions, please email them to DustinBakerNFL@gmail.com.

Q: With ’96 Questions’ returning from Brian Robison, will it be a standalone thing or a series?

A: Out of nowhere, Robison’s popular series is indeed back. And, yes, it will be a series, not a one-off video.

Robison played 173 games for the Vikings in 11 seasons. His 96 Questions segment was crazy popular, and now it is back.

Q: If Ndamukong Suh isn’t retiring, would the Vikings still be interested in him?

A: Other entities, on behalf of the Vikings, are interested in Suh for Minnesota — like Bleacher Report. But no one from the Vikings has hinted any interest in the 35-year-old.

Minnesota seems to be rolling with Armon Watts for 2022, so any addition of Suh would subtract Watts from the starting equation.

He probably won’t sign with the Vikings, and if he does, he’ll have to battle back from a down year. His Pro Football Focus grade with the Tampa Bay Buccaneers was only 49.4.

Q: Do you expect the Vikings to use Dalvin Cook as a bellcow back, or will the committee approach be fancied like other teams?

A: We expect Cook to receive a comparable amount of touches, but they may not all be on the ground.

The Vikings have hinted at using Cook as a WR in 2022 more than in years past. If that happens, Cook would be featured as a pass-catcher while players like Alexander Mattison or Ty Chandler assumed some of the rushing mantle.

Don’t expect a reduced workload for Cook, but maybe get used to the idea of the man used in a more versatile way.