Panic Is Not Needed Regarding Michael Pierce’s Injury 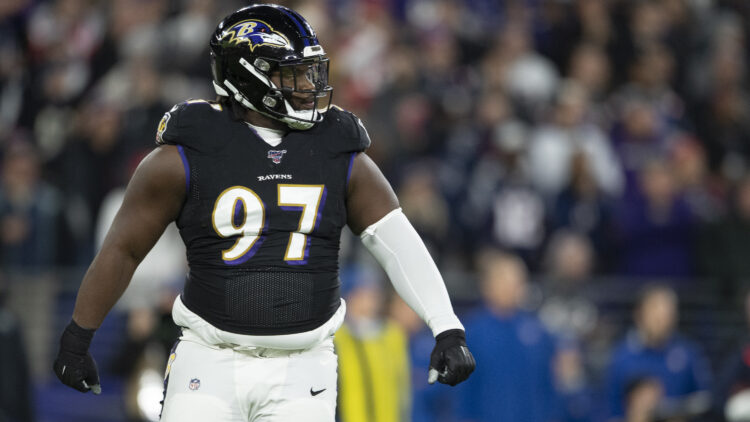 The notifications hit cellular phone screens, the skies parted, and irrational doomsday set in this week when it was revealed Michael Pierce was beset by a calf injury — less than 60 days before the 2021 season begins.

After the debacle with Danielle Hunter’s injury last summer and autumn, Vikings fans are conditioned to fear the worst when injuries are announced. Minnesota’s leadership slow-rolled the seriousness — or so it seemed — of Hunter’s “tweak” neck injury last summer. So when an injury surfaces now, that must be the standard operating procedure — downplaying the news before the inevitable “out for the season” declaration. Of course, that’s crazy talk, but folks indeed react that way.

Pierce suffered a calf injury while training this week, casting doubt on his presence at training camp and slightly beyond.

Therefore, folks believe this is the beginning of Danielle Hunter 2.0. Although irrational, fear looms that the news will dovetail into something grimmer.

Foremost, there are no breadcrumbs to indicate this injury is serious. Not one iota, in fact. It’s a summer injury to a calf. Bummer. Hunter’s was a secret malady to the neck. There is no correlation between the two players’ injuries, other than bad memories for followers of the team.

Pretend this Pierce news does grow more concerning. Unlike 2020 — when Everson Griffen was freshly removed from the team, too — general manager Rick Spielman planned for this starting in March. Hunter was lost last year, leaving Ifeadi Odenigbo and a hodgepodge of youngsters to patrol the edges of the defensive line. If Pierce’s injury did worsen, Sheldon Richardson and Dalvin Tomlinson are waiting in the wings.

Consider this: Tomlinson played nose tackle with the New York Giants. It was even a little bit weird that the Vikings brought him westerly to fill 3DT duties because he is emphatically built like a nose tackle. Nevertheless, he is on deck to be Minnesota’s starting three-technique. An injured Pierce — if this injury spirals into more — would shift Tomlinson to his natural home at nose tackle, calling upon Sheldon Richardson, who was acquired in free agency from the Cleveland Browns, to play his natural role, 3DT.

And then it’s just down the line that way. Tomlinson hurt? Well, that would be unfortunate, but Pierce would man the NT responsibilities while Richardson scooted to full-time 3DT.

No Richardson for whatever reason? Rick Spielman has a plan for that. The vision for months — Pierce at nose tackle with Tomlinson at 3DT — would come to fruition.

There’s a reason that Spielman and head coach Mike Zimmer signed only defensive free agents dating back to March. Zimmer encountered a defense last season that was wholly deficient of experience and talent after the absences of Hunter, Pierce, Anthony Barr, Eric Kendricks, and Mike Hughes. He never, ever wants to endure that malarkey again. Ergo, Spielman acquired defenders in frenzy-like fashion. One could argue that spots like cornerback are too deep with Cameron Dantzler, Patrick Peterson, Bashaud Breeland, Mackensie Alexander, Harrison Hand, and perhaps-but-doubtful Jeff Gladney.

Dissimilarly to the pandemic season, the Vikings now have depth — a strategic plucking of players from free agency designed to prevent a 2020 redux. Zimmer will avoid finishing 29th in the NFL via points allowed again at all costs. And he has the manpower to do it.

Minor injury news to players in July should not freak you out.