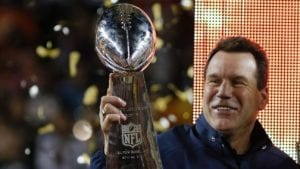 The Minnesota Vikings are going into the 2020 season with by far the most season-to-season turnover since they hired a wet behind the ears young whippersnapper named Mikey Zimmer in 2014. Despite that, the vast majority of local Vikings media seems to think that the Vikings are on the precipice of another window o’ opportunity run for a chance to lick that delicious, delicious brass ring.

I’ve done my part to tip the scales back to the ho-hum side of Vikings fandom, as I have a hard time getting my head around a Vikings team that has this much youth and this … same offensive line improving on their 2019 10-6 record.

Sure, the team was sans Adam Thielen for a decent stretch in 2019 so losing deep threat and all around route master/ass butt Stefon Diggs shouldn’t be much different, right? Especially considering how comfy Pat Elflein says he is on the right side of the line and the numbers that Kirk Cousins put up during that Thielen-less stretch in 2019.

That could be true, if Thielen is a carbon copy of Diggs. But he isn’t, he can go deep but he does a lot of that damage from the slot, unlike Diggs. With first-round pick Justin Jefferson lining up all over this Kubiakian offense, the hope is that he will be able to provide the spark the team lost when Diggs took his talents to North… Rust Beltia.

Apparently those that set the odds for Super Bowl LV aren’t so sure, as sport betting sites currently have the Vikings with 25-1 odds to win the big game come early next year.

That sounds pretty gnarly, but the Vikings are actually tied for the 11th best odds in the league with teams like the Pittsburgh Steelers and … Buffalo Bills?

I mean, it is kind of great that Diggs was traded to a team that needed him to tie the team that just lost him in terms of odds, as that implies he would’ve been on a better squad oddswise had he just sat back and enjoyed making $14.5 million for barely crossing the 1k yardage mark.

The Vikings chances do, to me, feel a bit ahead of schedule. Although we’re hearing great things about rookie corner Cameron Dantzler, and great/meh things about Jefferson (he’s picked things up so quickly! But he also isn’t dominating the super thin second team corners like you’d hope), the reality is and will be that until this team decides to hunker down and spend a fourth-or-fifth rounder on an actual offensive guard, they’ll probably be lucky to break .500

Look at the first Bears game and the second Packers game (or the divisional round game against the 49ers) if you want any proof that this line is such a liability that premiere defensive lineman can nearly singlehandedly disrupt this Vikings offense.

Or read former Vikings head coach and offensive line legend Mike Tice’s interview with TwinCities.com author Chris Tomasson. He brings up the fact that this line is built to support Dalvin Cook, but that it also hasn’t been and most likely won’t be able to create a clean enough pocket for soon-to-be $45 million dollar a season Kirk Cousins to, you know, throw from?

Then you might understand why a $100 Vikings bet will get you $2,500 should they do what seems more impossible this season than normal.