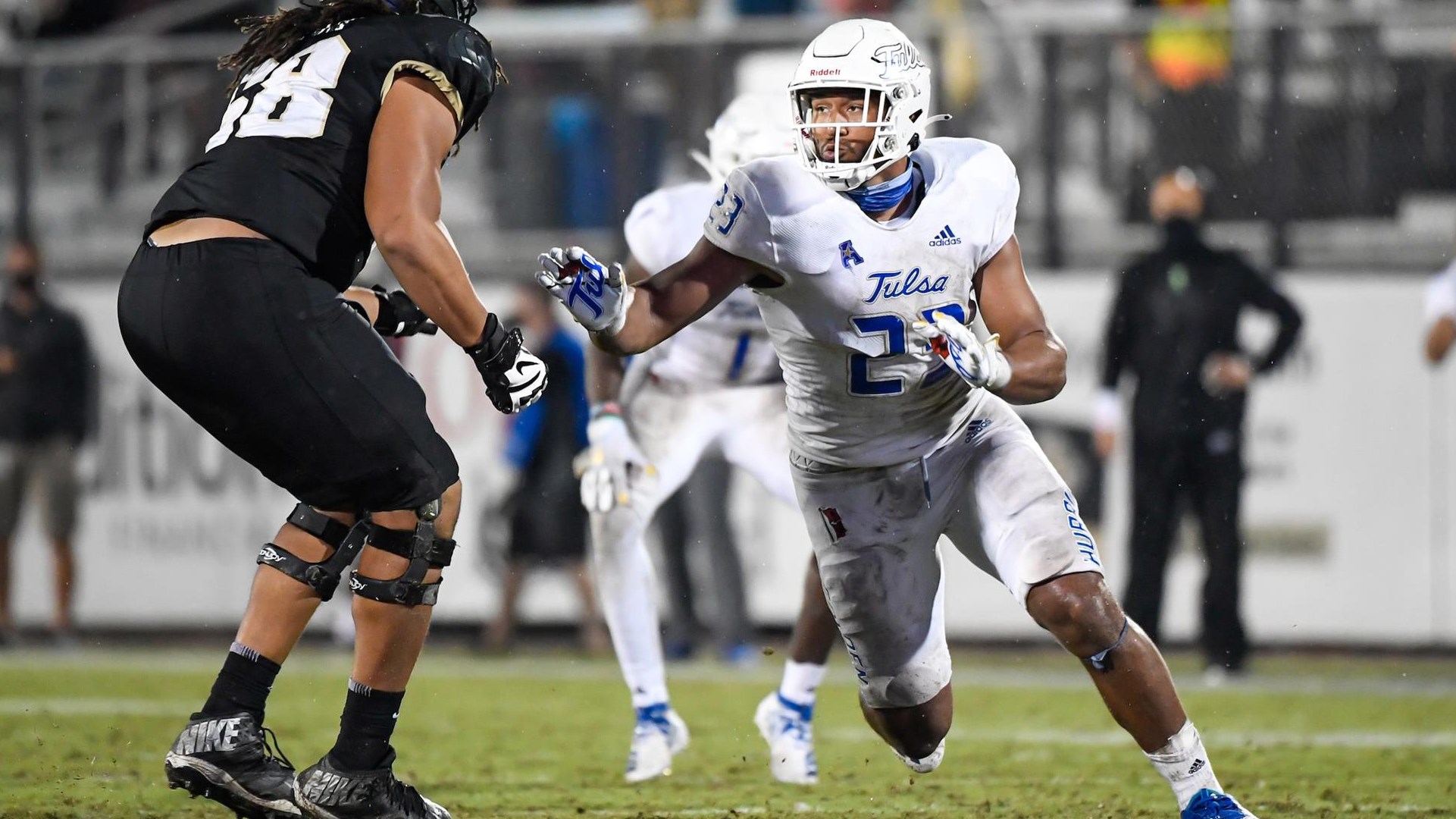 Let’s have mock draft fun again. This time we are making trades for the Minnesota Vikings. In this 2021 three-round NFL Mock Draft, Minnesota makes a trade with the Washington Football Team using The Draft Network’s Mock Draft Simulator and Football Guys’ Pick Value Calculator. Here is what we created for the Vikings’ future.

With BYU’s Zach Wilson still on the board at 14th overall pick, Washington makes the call to the Vikings to move up. Minnesota’s will be to take the roster and go for it all again in 2021, thus acquiring another Day 2 pick instead of multiple picks to start Day 3 in order to draft a higher caliber player that can hopefully contribute sooner rather than later.

In terms of in-season play, Zaven Collins might be the player who has risen his draft stock the most. The Tulsa linebacker has been an ultimate playmaker. In seven games this season, Collins has produced four sacks, 7.5 tackles for a loss, four interceptions, two of which he returned for touchdowns and forced a pair of fumbles. That ability, especially as a linebacker, can’t be taught.

Collins is also a very good athlete and hasn’t unlocked his full potential as a pass rusher. He’ll generally line up on the edge, but he understands when to sell the rush and drop back into coverage. He seems to be figuring out the game very well and could take the Minnesota defense to another level.

The Oregon State defense has seen improvements the past few years. Hamilcar Rashed Jr. has been a huge part of it. He hasn’t recorded a sack this season, but offenses have started to game plan for him. However, his 2019 sack total of 14 sacks is what draws the attention here.

Rashed truly is still a bit on the raw side as a pass rusher. His techniques can still be improved; his hands are probably the biggest area. The Vikings need to be better at getting to the quarterback next year, and Rashed has the tools to be an impact.

Holland is another versatile piece the Vikings could add to their defense. The Oregon defender had a key role in the Ducks secondary. Holland plays well and smart. Primarily used as a safety, he also moved into the nickel role for the Ducks. Holland does a lot of things pretty well, but he doesn’t do anything at a super high level. As Anthony Harris’ future remains uncertain, Holland could fill in if he were to leave.

At one point, Walker Little was a consensus first-rounder to many before he suffered a knee injury in 2019. He also decided to opt-out of the 2020 season, thus meaning he’s only played one game the past two seasons. Little’s 2018 season, one that earned him All Pac-12 first team, showed that he can be a very good left tackle. In the passing game he has good fundamentals and generally only struggles against smaller, quicker rushers. There’s certainly a risk in the selection. Nevertheless, Riley Reiff is set to be a free agent after the 2021 season and if the Vikings can find a solid starting left tackle with a third round pick, it’d count as a steal.