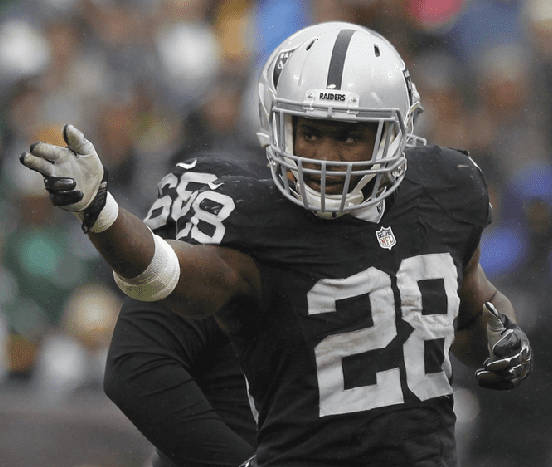 The Vikings didn’t exactly slay a giant this past Sunday but what they did do might have been almost as impressive. After handing the world champion Philadelphia Eagles a loss in their own playground, it would not have been surprising – perhaps even expected – that the Vikings take it easy at home this week and overlook a lackluster Arizona squad. The wise guys call it a trap game where the heavily favored team is a good fade against a weak opponent because they are still reading their press clippings from the week before and not taking seriously their underwhelming opponent. Minnesota was favored by 10 points last week against the Cardinals and that was exactly the margin of victory in their 27-17 win. It wasn’t dominating but it put a W on their record and that’s what championship caliber teams do – take care of business no matter the situation or the opponent.

Perhaps the most inspiring aspect of Minnesota’s victory was a rushing attack that shifted from an average of 29 percent heading into Sunday’s game to a far more balanced 46 percent in their victory over Arizona. And even more impressive was the performance of their backup tailback Latavius Murray, who led the way with 155 of the team’s 195 rushing yards. The sixth-year veteran out of UCF finally got a generous workload and a chance to shine with 24 rushing attempts and a 6.5 yards per carry average. That is nothing but good news to a team that has relied heavily on the arm of Kirk Cousins to move the chains and put crooked numbers on the scoreboard.

Now consider for a moment that the Vikings’ lead back, Dalvin Cook, could be back on the field this Sunday against the Jets after nursing a nagging hamstring injury. If the Vikings decide to create a two-headed monster and both live up to their vast potential, it could be reminiscent of 2009 when Carolina’s DeAngelo Williams and Jonathan Stewart created a relentless dynamic duo that pounded opposition defenses into submission. The mere threat of a ground-and-pound attack with fresh legs from start to finish would open up even more opportunities for Cousins and Minnesota’s aerial assault. Perhaps will see this as early as this week in New York!

Speaking of Minnesota’s next opponent, let’s click over at the YouWager, one of the sports betting industry’s most trusted and well reviewed online sportsbook. The oddsmakers at that preeminent site are tagging the Vikings as three-point road chalk but don’t be surprised if that number rises by kickoff. The Jets are middling at best defending the run and if the Minnesota offensive line can continue to blow holes for the likes of Murray and Cook, it could be a long afternoon for Gang Green.

Unfortunately, the Vikings lost their first-round rookie cornerback Mike Hughes to a season-ending ACL tear in the fourth quarter of Sunday’s game against the boys from the desert. If the Vikings are to be considered one of the elites in the NFC then their defense will have to do what they did to Arizona when they pitched a shutout on the Cardinals’ third down attempts. That’s right, the Cards went 0-10 on their third down situations and it was due to head coach Mike Zimmer and defensive coordinator George Edwards designing third down blitz packages that were inserted to confuse rookie QB, Josh Rosen. They will have a similar opportunity when the Minnesota defense tackles Jets’ rookie signal caller Sam Darnold this week.

As of this moment, the Vikings are a top 10 run stop unit but their failure to contain the pass this season has them surrendering 24.7 points per game which ties them for 19th in the league with Oakland. That’s just not good enough to contain juggernauts like the Rams, Packers, and Saints in the NFC and Chiefs, Steelers, and Patriots in the AFC. Of course, there’s more to winning than just stopping the pass but in today’s NFL…not much more. That said, this should be another winning week for the Vikes.