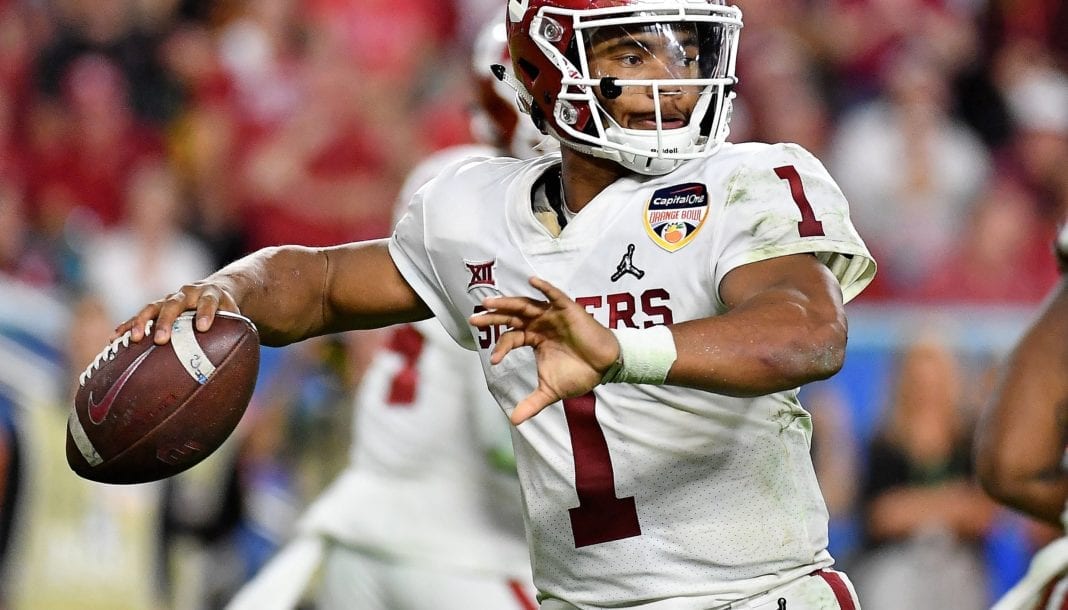 2018 Heisman winner Kyler Murray has declared for the NFL draft reported by himself and Adam Schefter.

I have declared for the NFL Draft.

Oklahoma QB Kyler Murray has submitted the paperwork to turn pro and plans to enter the NFL draft. Murray has informed the Oakland A’s of his intention to follow his heart to the NFL, where many project him to be a first-round pick.

Murray played phenomenally for the Oklahoma Sooners this past season winning a heisman with 3674 yards, 37 touchdowns and only 7 interceptions. He was the second straight Heisman winner for the Oklahoma Sooners since Cleveland Browns quarterback Baker Mayfield won the Heisman last season for the Sooners. If Murray decides to stay with football and not report for spring training with the Oakland Athletics(MLB team that drafted him); he has a great chance getting drafted in the early first round from quarterback needy teams like the Giants or the Jaguars. Murray could end up playing both sports professionally like Bo Jackson and Deion Sanders did in their day.

Murray was selected ninth overall in the 2018 MLB draft by the Oakland Athletics and it looked like he was going to choose a career in America’s pastime over playing quarterback in the NFL. This is because baseball can offer lots of money and garners less risk for injury than football, but if he goes to the NFL right of the bat he will make more money earlier and have a better chance to start for a team. Murray would most likely have to start in the minor leagues for the Athletics and work his way up to the majors, which is no guarantee. But, baseball can provide more money in the long term and has less of risk for injury.

Murray looks like a promising young prospect for both football and baseball. One provides more money sooner and earlier and the other provides better longevity and less risk of injury. So far he has chosen to enter the draft and play football but he could still play baseball at this point. Murray needed to declare for the draft by Sunday the 13th and has done that. Even though he is declared for the draft, he can still play baseball for the A’s.