Klint Kubiak, Vikings Offense Will Be Better This Week 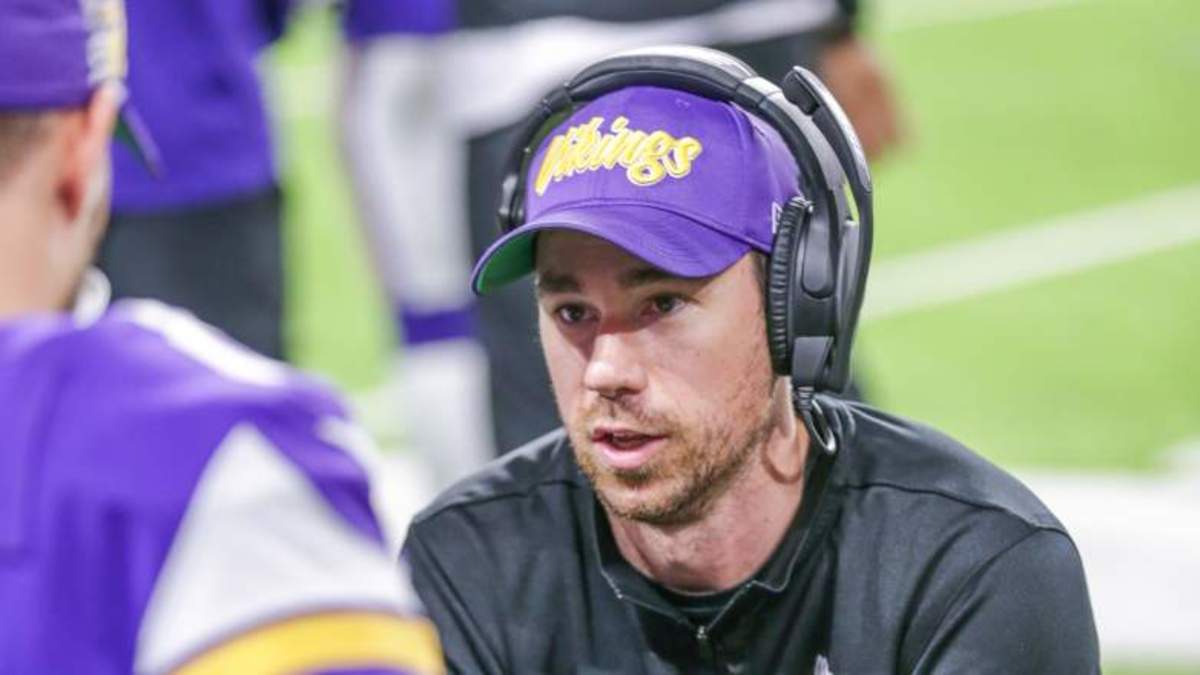 We got a pretty sizable sample of the Vikings offense over the course of week one as Minnesota’s 76 plays ranked sixth in the league. For the most part, it did not move like the well-oiled machine of 2020. Instead, it functioned much like the old car in the garage that hasn’t been driven around in awhile. There were some annoying new squeaks, the tires needed some air, and that old chip in the windshield was still there.

After a rough game that was lost in large part due to the offense’s failures, it’s hard not to point some fingers at new offensive coordinator, Klint Kubiak. Certainly some bad trends occurred on Sunday that were different from what we’ve seen from previous iterations of the Vikings offense, and we’ll get into those. However, some of these were simply a result of player mistakes which cannot be ignored either. Fortunately for the Vikings, many of these mistakes have not been common in previous years either, so it seems safe to assume next week will be different. Please note that all stats for this article are taken from teamrankings.com.

In previous years, the Vikings have made it an emphasis to establish the run game on early downs. In 2020, the Vikings ranked fourth in the NFL in first down runs per game. They averaged 8.7 per game behind only Baltimore, New England, and New Orleans. Dalvin Cook is obviously the best player on this team, so it makes sense to get him the ball early and often.

That was not the case on Sunday, though. The Vikings ran on just five of their 24 first down plays against the Bengals this weekend, That’s a mere 20.8% compared to 36.4% in 2020. Obviously, you’d like this number to be much closer to the 2020 number, and some of that lands on Kubiak, but upon closer observation, he might not have had much of a choice than to abandon the run for much of the day.

The Vikings had three penalty first downs, making them one of just 11 teams with that many. That alone seemed like a ingredient for disaster as those 11 teams went a combined 3-8 this weekend. Starting off a series by moving backwards is not helpful when trying to pound the ball.

Of course, the Vikings need to play more fundamental football if they are going to have a successful season. Minnesota got stuck with 12 penalties on Sunday, which is something they didn’t have nearly as much trouble with last season. The Vikings were one of the more disciplined teams in the NFL last season, averaging just 5.1 penalties. I confident that this won’t be an issue moving forward. Of the 12 penalties, six came on players who saw starting time last season. Another was a DPI called on Bashaud Breeland who did not seem himself the entire afternoon. If the veterans can clean up, there shouldn’t be nearly as much laundry on the field this week.

For as one dimensional as the Vikings offense was on Sunday, their passing game got the job done surprisingly well. The Vikings passed on 70.67% of their plays, which for comparison’s sake is nearly the same rate as Green Bay (71.15%) during their 38-3 blowout loss. As aforementioned though, the Vikings could not run the ball often, and when they did, it just wasn’t working. Sometimes you have those days, and honestly, kudos to Kubiak for rolling with what was working.

Cousins obviously threw a ton, completing 36 of 49 yards for 351 yards and two TDs. Those numbers by themselves are pretty good, but the schemes for these plays should have Vikings fans excited. For years, Vikings fans have been calling for Dalvin Cook to be more involved in the passing game, and on Sunday he certainly was. He caught six of seven targets for 43 yards. It’s just the seventh time in his career that he’s had six receptions, and I don’t think it’s a coincidence it happened in Kubiak’s first game.

Additionally, Minnesota moved to more three-WR sets on Sunday, which led to the emergence of K.J. Osborn as the future WR3. This is another item that has long been on the Vikings fan agenda, and it seemed imperative after Irv Smith’s injury. If Osborn continues to be a threat in the passing game, it will only open up more opportunity for Justin Jefferson and Adam Thielen.

Speaking of ole reliable, Thielen had a great game. After an historic season in the red zone last year, it was at least a concern of mine whether he’d be able to reproduce that same effectiveness, especially without a proven tight end. He certainly got off to a great start with a pair of touchdown catches.

From the get-go, this Vikings game felt like an anomaly. C.J. Ham committing two false starts on the opening drive is certainly not something we’re used to. The offense went through its yips, and it wasn’t helped by the boatload of penalty flags. All the while, Minnesota still should have been in a position to win this game if not for Dalvin Cook’s ninth career lost fumble. Arizona will certainly bring a test this weekend and should be viewed as a threat, but by no means is it panic time. If Minnesota plays fundamental football and gets back to what we’re used to seeing from the offense, this game is winnable.