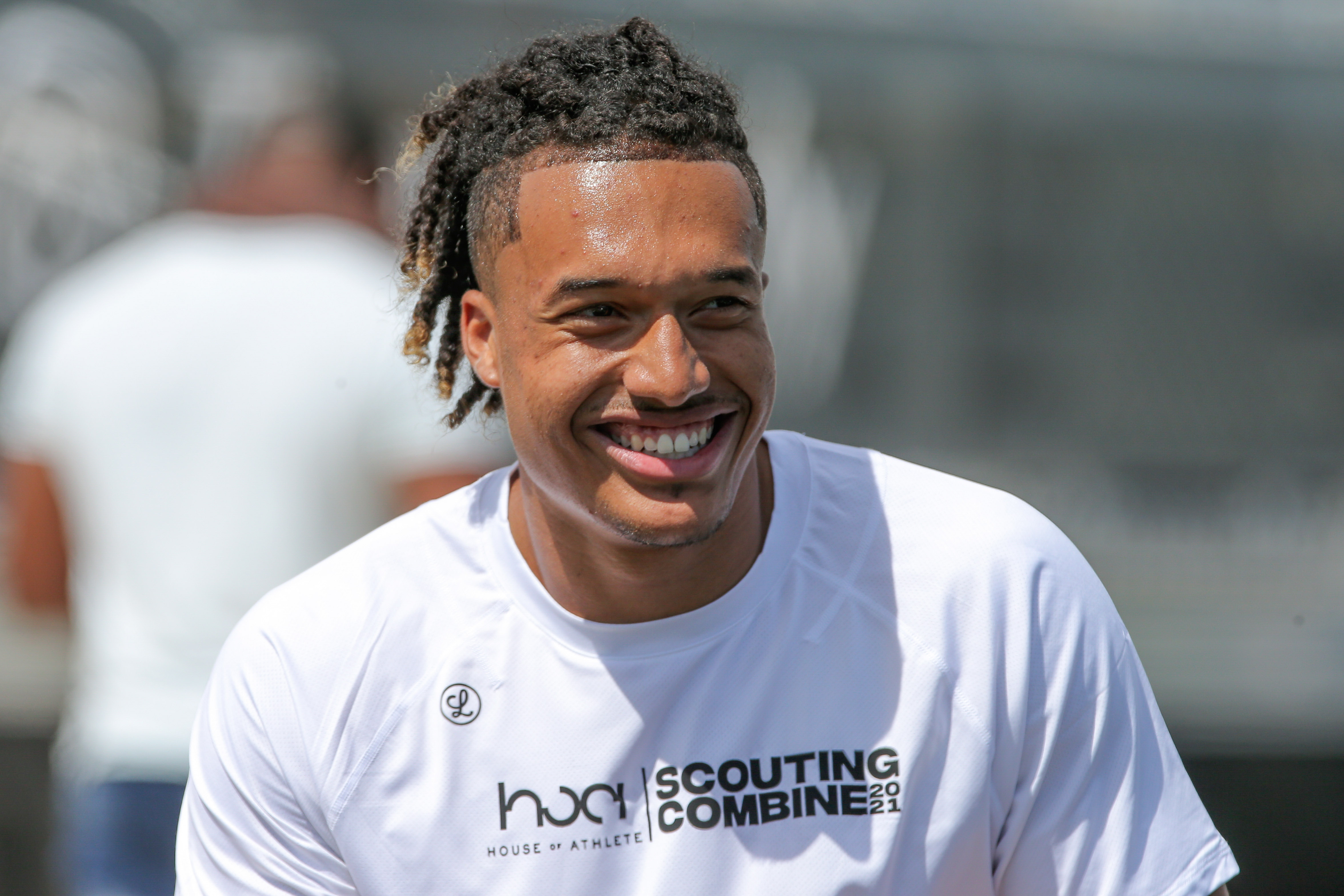 General Manager Rick Spielman chose Mond, a talented dual-threat passer from Texas A&M, in the 3rd Round last weekend. He was a direct souvenir from a 1st-Round trade with the New York Jets. The Vikings accrued the 23rd overall pick plus two 3rd-Rounders — for Minnesota’s 14th pick to the Jets and the 143rd overall selection. Christian Darrisaw in the 1st Round, Wyatt Davis in the 3rd Round, and the aforementioned Mond became Vikings personnel because of the Jets-Vikings trade-back.

The addition of Mond sent ripples of excitement through the fanbase, generating a first-of-its-kind buzz since 2014. Current quarterback Kirk Cousins is committed to a hefty contract for the next two seasons. But barring some unforeseen training camp bout, Mond should be the QB2 for a year or two.

And that’s precisely the plan. The Vikings wholeheartedly believe the roster can win with Cousins, so the 32-year-old essentially has two years to get the job done. Otherwise, it’s probably sayonara for Cousins.

For most reasonable minds, that is fine and dandy. Cousins completing his contract fulfills five seasons with the team — a sufficient sample to determine his performance in Minnesota.

Because the Mond pick puts Cousins on the clock, the pick is both fair logical. Here’s why.

If Cousins Is Fabulous, Good.

There is an adage with Christianity (or any religion, for that matter). If one adheres to a life stuffed full of righteous Christ-like principles (empathy, forgiveness, acceptance, compassion, etc), and the person realizes at the end of life that God [as he/she perceives] was “incorrect” — so what? Who was adversely affected? Good luck finding the moral errs of that scenario.

Translate that to a sports realm. If Mond is on the bench for 16 to 32 games while Cousins leads the Vikings to a Super Bowl, there is not a tangible downside. In fact, rejoicement is in order. Spielman will have made the right decision all along with Cousins, the Vikings nab their ever-so-elusive Lombardi trophy, and Mond is along for the ride. Find a hiccup in that series of events. There is not one.

Plus, Minnesota needed a backup quarterback. Sean Mannion was not re-upped in 2021 after two tours with the franchise in 2019 and 2020. Nate Stanley and Jake Browning may not be equipped to toe the line in case of a Cousins injury (although he has never missed a game).

Insert Mond. The Aggie was highly regarded by several scouts during these last few draft speculation months — he should be able to handle QB2 duty. Otherwise, he may not be ready for the QB1 bright lights in years to come.

3rd Round Expectation Right in the Middle

Courtney Cronin of ESPN reported on Monday that Spielman was gunning for Justin Fields — a promising collegiate quarterback that wiggled his way into the NFC North. Sooner or later, Fields will lead the Chicago Bears after the Vikings foe traded up with the New York Giants to grab the Ohio State alumnus.

Well, the Vikings wanted him, too. He was unlikely to tumble to Minnesota when the draft began, but he twisted down the board when the San Francisco 49ers sprung for NDSU’s Trey Lance. Then, the Atlanta Falcons and Denver Broncos said no to Fields. The Bears seized the moment.

Had the Bears rolled with solely Andy Dalton as an alternative, the Vikings allegedly would have signed up for The Fields Sweepstakes. And with the 1st-Round pricetag, fans and pundits would call for Fields after every Cousins incompletion. Hell, they might even do that in 2021 with Mond.

But Mond is an ideal spot for mutual expectation. 3rd-Rounders rarely get the keys to the franchise in Year One. When they turn out at all, it’s an outlier situation. Russell Wilson and Nick Foles are the only real prospects to materialize from Round 3 since 2010.

Mond has just enough gridiron sex appeal to get a QB1 chance down the road — while not causing talking heads to flip out if he is not a success story.

It’s Mond’s job in 2021 to learn from Cousins, head coach Mike Zimmer, and new offensive coordinator Klint Kubiak. He will not be tapped to lead the enterprise unless something bizarre besets Cousins.

Therefore, if Mond opens his eyes and ears indefinitely, he should set himself up for prosperity. Marvelous quarterbacks did it this way: Aaron Rodgers (for a long time), Patrick Mahomes, and Lamar Jackson are recent examples. To be sure, the NFL used to do it this way all the time. Draft a quarterback, force him to learn on the bench, and then hand him the scepter in Year Three or so.

Many folks called for the Vikings to enact a “Chiefs scenario,” mimicking what Alex Smith and Patrick Mahomes contrived in 2017-2018.

And it’s perfect for Mond and the Vikings.