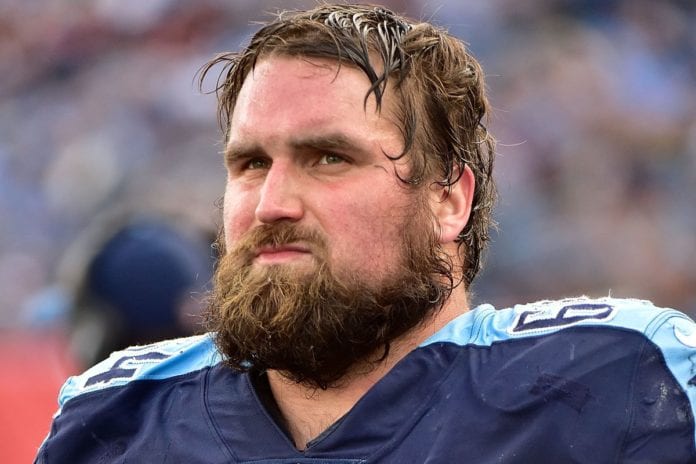 Today the Minnesota Vikings announced that they would be signing Former Titans’ guard Josh Kline to a three-year contract. Kline has spent the previous three seasons in Tennessee as their starting at right guard, and will likely be playing the same position for the Vikings in 2019. Coming off of a down year, fans and scouts alike wonder if the Vikings will see Kline play to his higher potential, or follow up a sub-par 2018 season with a similar performance. Despite playing all 16 games, Kline did suffer an injury in October of last year in a game against the Los Angeles Chargers. The Vikings certainly are hoping that his performance issues last year were related to playing through this injury.

Kline’s signing comes with little surprise as it was widely reported that he was visiting with the Vikings. However Kline’s contract was a bit surprising, and gives a little insight into the Vikings plan on the offensive line. Kline is with the Vikings on a three-year, $15.75 million contract. This kind of money is not given to depth players, and strongly implies that the Vikings intend for Kline to be a starter on their offense in 2019. Furthermore, Kline’s deal starts with a low salary in the first year that is made up for with salary increases in years two and three, as well as a $4 million signing bonus. As a result, Kline’s cap hit is relatively low in 2019. Even with the Vikings signing Kline, Dan Bailey and Ameer Abdullah all in the past week, they shouldn’t need to make any player cuts to fit within the NFL Salary Cap. It seems that Everson Griffen’s restructure made plenty of space for all three of these moves, plus a potential backup quarterback signing.

The downside of a back-loaded contract, especially one with lasting guarantees, is that cap hits increase in future years. Additionally, this style of contract makes a player hard to cut. The Vikings will owe Kline his guaranteed money in 2020 even if he doesn’t play, and a higher salary if he does. The Vikings are making a massive bet here to get Kline to play for them in 2019, and are hoping he plays well enough to justify his contract in 2020 (and 2021) as well. Still, in a limited offensive line market and with limited cap space in 2019, these risky moves become necessary.

Still, the Vikings are not done rebuilding the offensive line. After losing both of last year’s starting guards – Tom Compton and Mike Remmers – The Vikings still need another Guard to complete a restructuring of the interior of the line. Riley Reiff could also potentially be replaced, or moved to guard himself if the Vikings acquire an offensive tackle. No matter who they get, an additional lineman will likely be picked up on the first or second day of the NFL Draft.