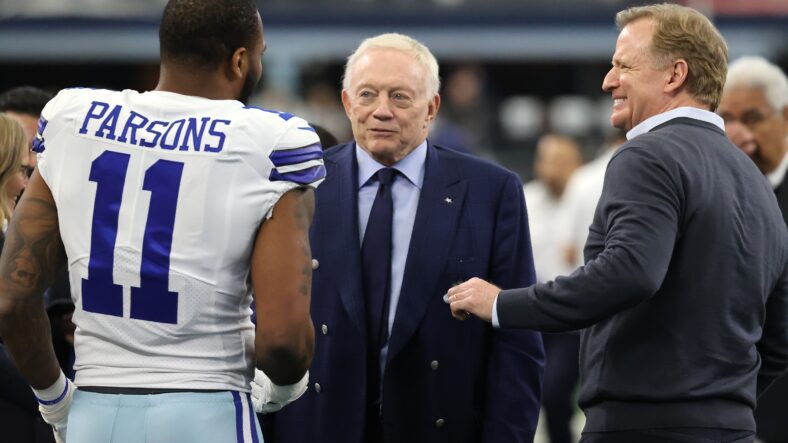 Very seldom do we get the chance to see what a team actually thinks about draft prospects. The knowledge we have mostly comes from well-respected, but not NFL-front-office-level websites. A recent press conference with Jerry Jones changes things.

Take a look at the presser I’m referring to. Dallas’ owner/GM holds up his team’s board:

Unsurprisingly, people took this as an opportunity to let technology do its thing. Jon Machota of The Athletic zoomed in on the draft board, discerning who the Cowboys ranked as having first and second-round grades.

Coming in at #13 overall is Lewis Cine, whom the Vikings chose at 32nd.

Vikings fans, for the most part, have been enthused about the Cine selection. The hard-hitting safety from Georgia will make our defense more dangerous, partnering with Harrison Smith to help solidify a secondary in desperate need of improvement. Apparently, the Vikings weren’t the only team to think highly of him. Dallas actually had him ranked higher than their first-round selection, Tyler Smith.

The Jerry Jones card doesn’t have too many surprises. It is notable, though, that Jameson Williams – who the Lions chose at 12 – comes in at 14th. Regardless, this will go down as a bit of an odd moment, one that gives us a rare glimpse into what a team was actually thinking during the draft.