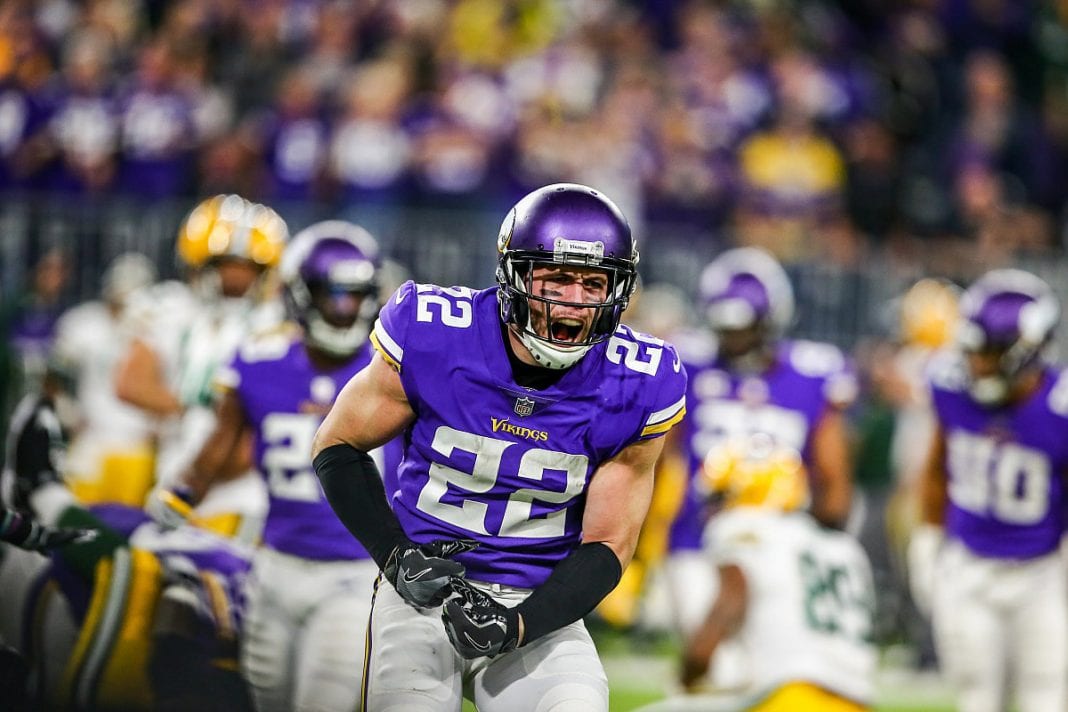 In Week 2 of the 2019 season, the Vikings fell behind the Green Bay Packers 21-0 after a first-quarter offensive onslaught took them by storm. Though they held the Pack to no more points, they fell short in their comeback and lost 21-16.

It’s been a long season for the Vikings. They started 2019 with two wins over the Atlanta Falcons and the Oakland Raiders with consummate ease but lost two divisional games to Green Bay and Chicago in the same time frame.

Against Green Bay in Week 2, Mike Zimmer’s defense abruptly fell victim to an uptempo offensive scheme that put the Vikings on their heels to start. With their offense stalling in two opening possessions, Aaron Rodgers and the Pack jumped up to a 14-0 lead.

The Packers continued to press through that blitz of an opening quarter, and with a short field after a Kirk Cousins strip-sack fumble, the Vikings fell behind by three touchdowns. It was a Lambeau Field nightmare in a mere 15 minutes of football.

But Then Something Happened…

On the third play of the Vikings’ next possession, running back Dalvin Cook took a handoff off-tackle for a 75-yard touchdown on the Lambeau grass.

21-7 and a pulse on the Minnesota sideline.

Three plays after that Packers’ WR Geronimo Allison Allison fumbles a short pass and Vikings’ safety Harry Smith recovers. Although the Vikings do not convert the turnover into a score, their defensive unit will hold the Packers to zero points, eight punts, a fumble, and a turnover on downs for the rest of the game.

At the end of the half, the Vikings score with a short pass to Stefon Diggs to make the game a one-possession contest…until the refs called “offensive pass interference” on Dalvin Cook for moving in front of Diggs on the play.

In the grand scheme of conspiracy theories concerning an officiating bias in support of the Green Bay Packers: Exhibit One of the 2019 Season, Your Honor.

At the end of the game, the Vikings’ had a golden opportunity to complete a comeback that would have sat on the library shelf of the rivalry for decades. The defense had solved the riddle of the Packers’ offense, and Minnesota had run the ball almost exclusively to the Green Bay eight-yard line, down only by six points.

Just what happened is not completely clear. Kirk Cousins’ bootleg right is pushed backward by a Green Bay defensive lineman and his primary read, Adam Thielen, running under the defense, is covered.

Cousins’ errantly launches a ball to the corner of the end zone into near triple-coverage–presumably to Stefon Diggs–and sees the ball intercepted by Packers’ cornerback Kevin King.

This will do it. The Vikings lose to go to 1-1 on the new season.

In the three months of 2019 since their September loss to Green Bay, the Minnesota Vikings have now gone through enough ups and downs to fit a normal team several seasons.

After a Week 4 loss to another division rival, the Chicago Bears, the Vikings’ offense was in almost complete emotional disrepair with both WRs Adam Thielen and Stefon Diggs in perfectly disgruntled form and chirping about the fact that the Minnesota passing game was stuck in first gear.

After a public apology from their quarterback and a semi-circus atmosphere with the press recurred a $200,000 player fine, things settled down and the Vikings went on a four-game winning streak, replete with NFL accolades for offensive players Kirk Cousins, Dalvin Cook and kicker Dan Bailey.

Unfortunately, they lost their Thielen in Week 7 to a hamstring injury. He would not return to the lineup for two months.

In Week 8, they lost on a last-second field goal in Kansas City to the Chiefs. In two consecutive weeks after that, they have to survive two potentially winning final pass plays into their end zone by the Dallas Cowboys and the Denver Broncos.

Against Denver, the Vikings rallied to win after being down 20-0 at halftime, their biggest comeback in nearly 30 years.

No Sunshine In Seattle, But A Shock To The Bolts

With his reputation of not beating winning teams on the road, Kirk Cousins comes up short again in Seattle against the Seahawks. Another comeback (this time trailing 31-17) falls short and the Vikings slip to 8-4, still one game behind the Green Bay Packers.

The Vikings follow with a slow and steady roll over the Detroit Lions at home and a lights-out performance in California over the Chargers to get to 10-4.

The Green Bay Packers, having been whipped by the same Chargers team a month earlier in the same place, nonetheless, holds the identical one-game lead atop the NFC North division.

Packers Not So Tight

During the last two months of the 2019 season, Green Bay has beaten four teams with a combined 18-38 record by one possession each while losing to the L.A. Chargers and San Francisco 49ers by a combined score of 63-19.

Can the Vikings’ topple the Pack from the catbird seat in the division? No. Even with a Minnesota victory on Monday Night Football next week (against them) and another in Week 17, Green Bay would have to drop their last game in the Silverdome to Detroit to give the Vikings the title. Not gonna happen.

But does that matter now? I don’t think so. The Vikings have done the work to be looking down on a playoff berth with a magic number of one in their pocket. That means one loss by the L.A. Rams or one win by the Vikings in the next two weeks puts Minnesota in the tournament.

Let’s go ahead and make it simple by proving without a doubt who’s the best team in the NFL North in 2019. US Bank Stadium, Monday evening, December 23rd.

It’s the game we’ve all been waiting for.