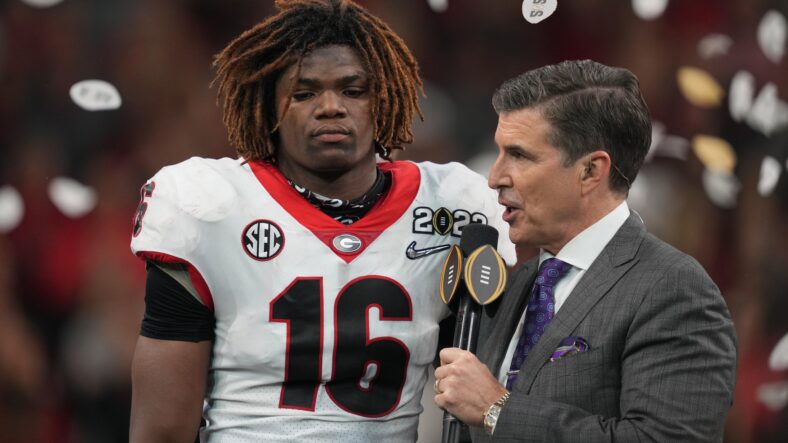 Over on The Athletic, Mike Sando put together a piece where he gleans opinions from NFL execs. For each team, Sando provides draft opinions from various anonymous executives. Not altogether unlike fans and writers, the Vikings get some mixed reviews on their draft.

The first quote is mostly non-committal with a touch of pessimism:

“It looked like they were just trading to trade,” an exec said. “They got some picks. Maybe it worked out. I don’t know. Interesting situation.”

Shortly thereafter, Sando relays another one on Kwesi Adofo-Mensah’s trades:

“I get that, in his mind, you compare and contrast the two scenarios and in his mind, he liked the other scenario better,” an exec said. “But you set a precedent for future trades. They already know you are an analytics guy, so you are probably going to want to trade down, and then with your first trade, you go pretty far from the traditional point system, so it sets the tone. Maybe our first offer will always be lower because we know it is Kwesi and he will want to trade down.”

Another suggests that the trade charts say the Lions deal was fair but that Adofo-Mensah still miscalculated:

“Analytics tell you the draft pick has value and teams tend to underestimate the value of later picks while overestimating the value of higher picks,” an exec said. “So if you make a trade like Kwesi did, the value was accurate, but the problem is, you missed the trade market because you needed to get more. Even if it was the right value, you left money on the table.”

Perhaps the main takeaway is that Kwesi’s first draft as a GM was defined by his trades. The Packers deal was a good one, but the Lions deal wasn’t good enough. Dropping 20 spots is huge, so there needs to be huge draft capital in return. That didn’t occur.

Keep in mind that these executives likely haven’t done a deep-dive into the Vikings draft. Rather, they’re offering informed opinions that offer some wisdom. If the players Adofo-Mensah chose turn into All Pros, then we won’t have too much reason to worry about the deals.